The Labour Party’s high command, metropolitan Europhile liberals, wish they did not have to rely on their millions of working-class supporters.

As Gordon Brown showed in his unfortunate recorded encounter with Rochdale’s Gillian Duffy, the party’s elite secretly regard such people as ‘bigots’, especially because of their views on mass immigration and the European Union. But without these voters, Labour has no chance of forming a government.

The same problem emerges in a different guise when the trade unions engage in strike action.

This is a grave nuisance to Sir Keir Starmer, whose background is among London lawyers, not among miners or railwaymen. But he needs union money to keep his party going, and union manpower to get out the vote at election time. 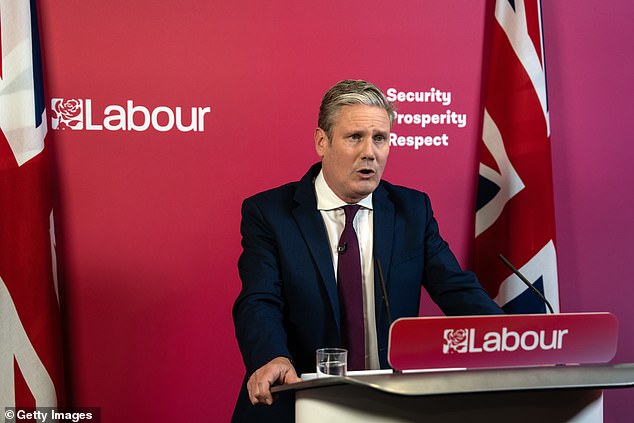 So it is no great surprise to learn that Sir Keir trod very carefully on the rail strike issue at a recent meeting of Labour’s National Executive. He is plainly more sympathetic to the railway unions than he will ever admit in public.

Those Shadow Cabinet members who have expressed even mild public support for the rail militants have been slapped down, or at least this is what we have been told. Who can say how serious this really was?

This ambiguity is all very understandable. Sir Keir is in the business of winning votes and raising funds, and you do not achieve such aims by deliberately annoying people. But exactly the same pressures will operate if he wins office.

And, while Labour has become expert in ignoring its largely powerless voters on the migration and EU issues, and still gets away with it most of the time, the unions have a far tighter hold.

Those tempted to lend their votes to Labour in a future election should grasp that the party is still very much in hock to union power and likely to remain so.

There is nothing cruel about deporting criminals

It is four years since, in an extraordinary event, the deportation of a convicted rapist was prevented by the protests of fellow passengers on his flight.

The man, who cannot be named for legal reasons, was guilty of an offence universally regarded as one of the worst crimes there is. He served four years of a nine-year sentence and could normally have been expected to have been returned to his country of origin.

But, in dramatic and telling events, his deportation was prevented when passengers aboard his flight – who knew nothing of his past – intervened to take his side against officials who were engaged in his removal.

Now we learn that repeated attempts to deport him since have been frustrated by a series of appeals. He is still here. His traumatised victim still cannot be sure that she will not meet him again. 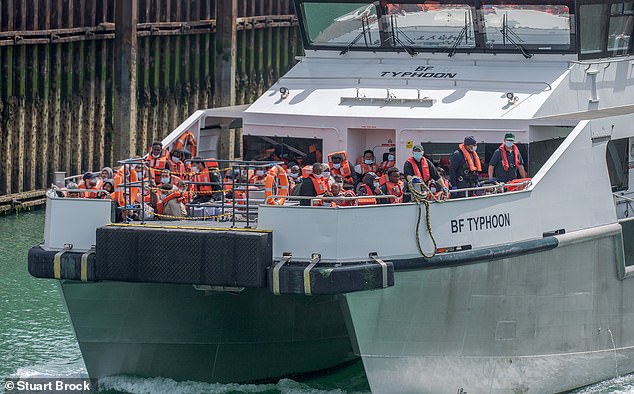 And the enormous bill for his many appeals, which runs into hundreds of thousands of pounds, has been met by British taxpayers.

There are several lessons from these events. One is that those members of the public who view deportations as automatically unfair (as did those who came to this man’s rescue) need to understand that this is simply not so. If they had known the full details of the case, instead of jumping to conclusions, how many would have come to the aid of a convicted rapist? Another is that our legal system, largely thanks to human-rights laws, is hopelessly skewed.

Of course, anyone facing forcible removal from the country must have the right to a fair hearing. But they cannot endlessly exploit the rules, incessantly raising new objections. The Government has many times promised to reform these laws. This one case, by itself, justifies change and makes it urgent.

There is nothing cruel, callous or illiberal in such measures, and the sooner they are enacted, the better.