The superstar pair were swarmed by hundreds of people trying to snap a photo as they arrived at DAER nightclub in Hollywood, Fla., on Sunday night.

Earlier in the night, Kelly was spotted giving Fox, 35, a piggyback ride while at their boxing suite at the Hard Rock Stadium, and the PDA carried on into the rest of the night.

Exclusive video and photos obtained by Page Six show the lovebirds latched onto each other as they went up the Hard Rock Cafe’s escalator, where fans shouted, “We love you, guys!” 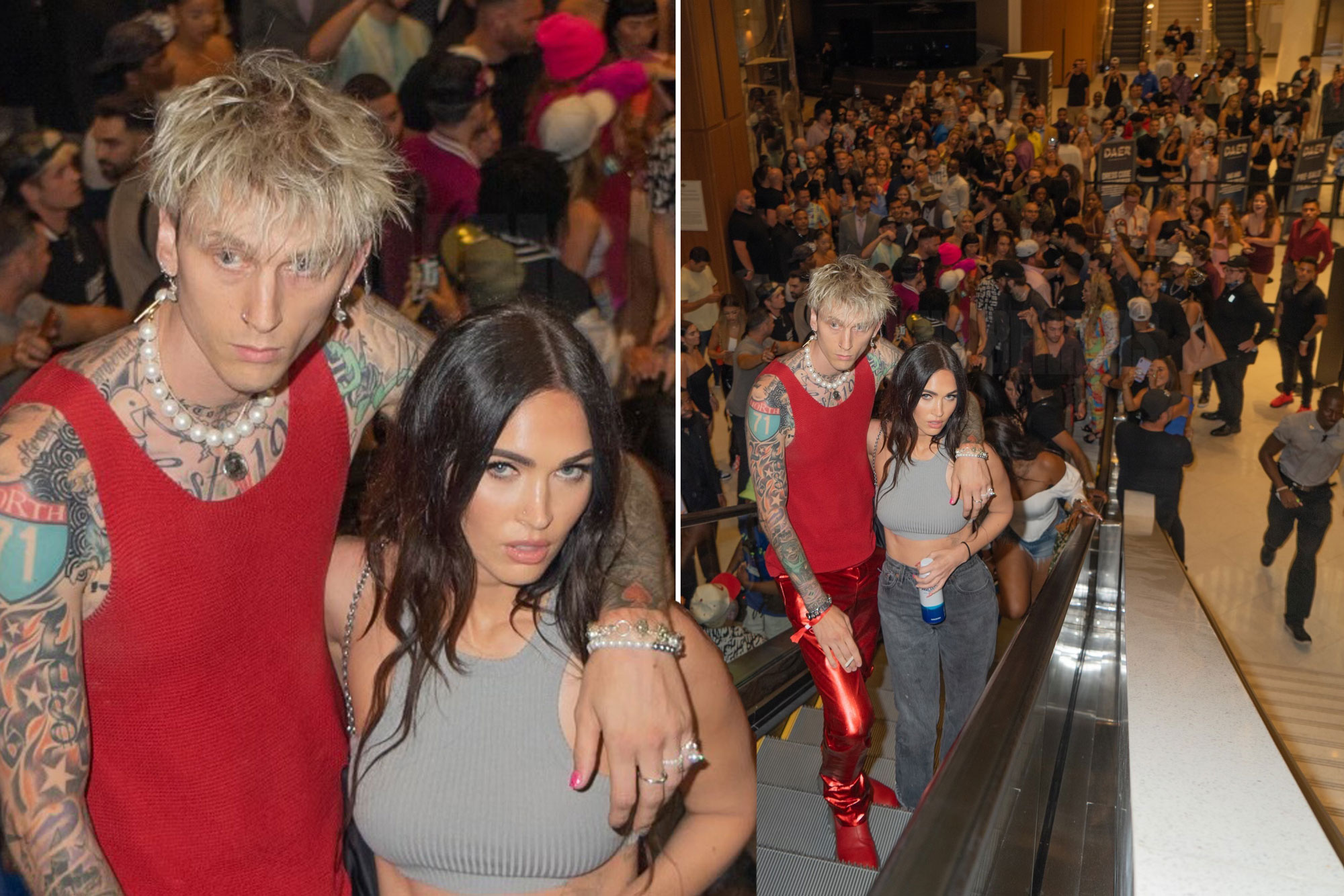 We’re told the humble duo — surprisingly — did not have their own private bodyguards accompany them into the venue, and they arrived via the front entrance. (Celebrity Sports Entertainment and the Hard Rock provided their own security.)

“He seems pretty protective of her,” a spy told us of MGK, adding of Fox. “She’s super quiet. It’s kind of obvious that they’re twin flames from the way they hold each other.” 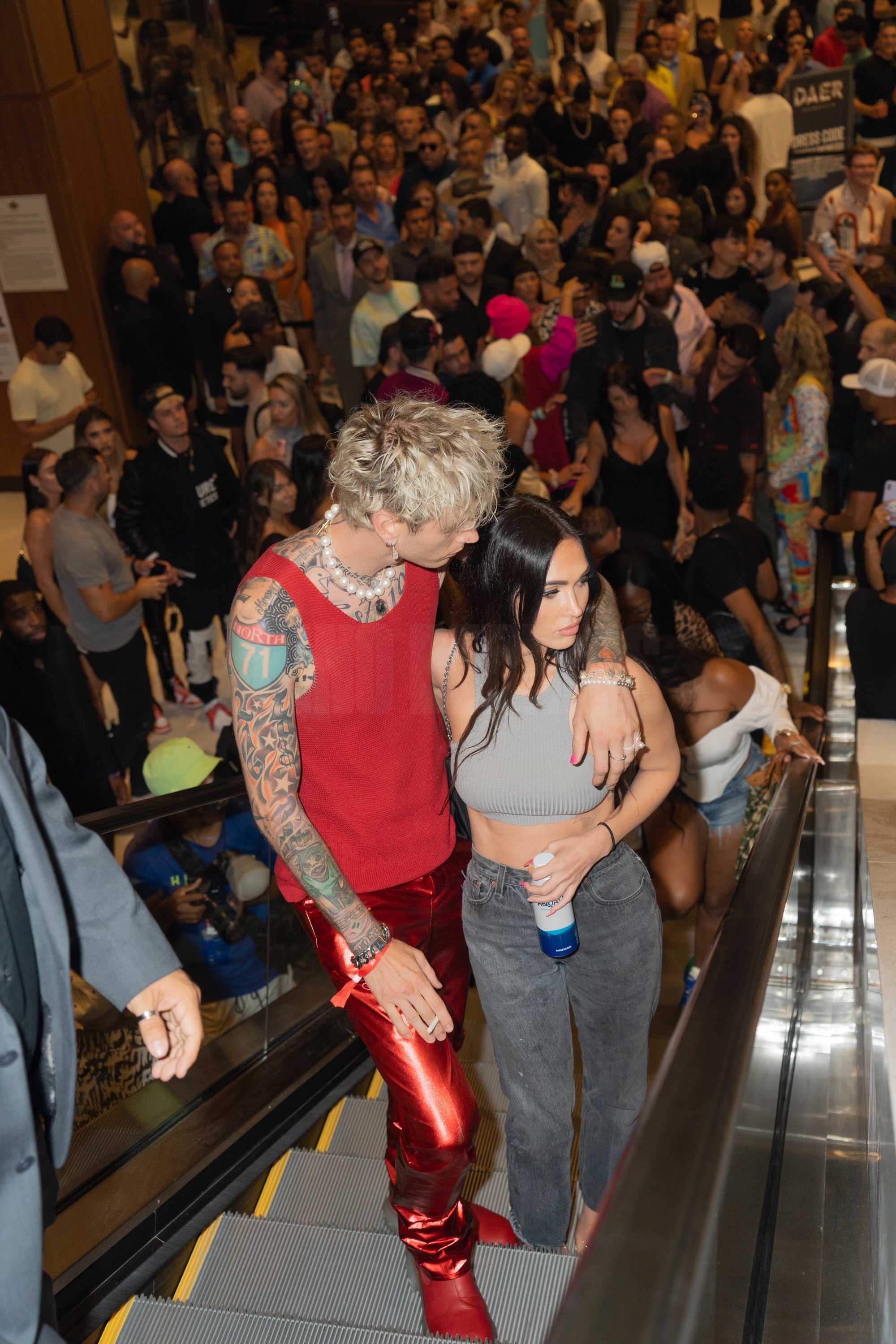 Kelly performed songs from his latest album, “Tickets to My Downfall,” for the crowd, even diving into the crowd at one point, we’re told.

While her man was on stage, Fox watched him from the DJ booth, just “being supportive” and “present,” a source said. 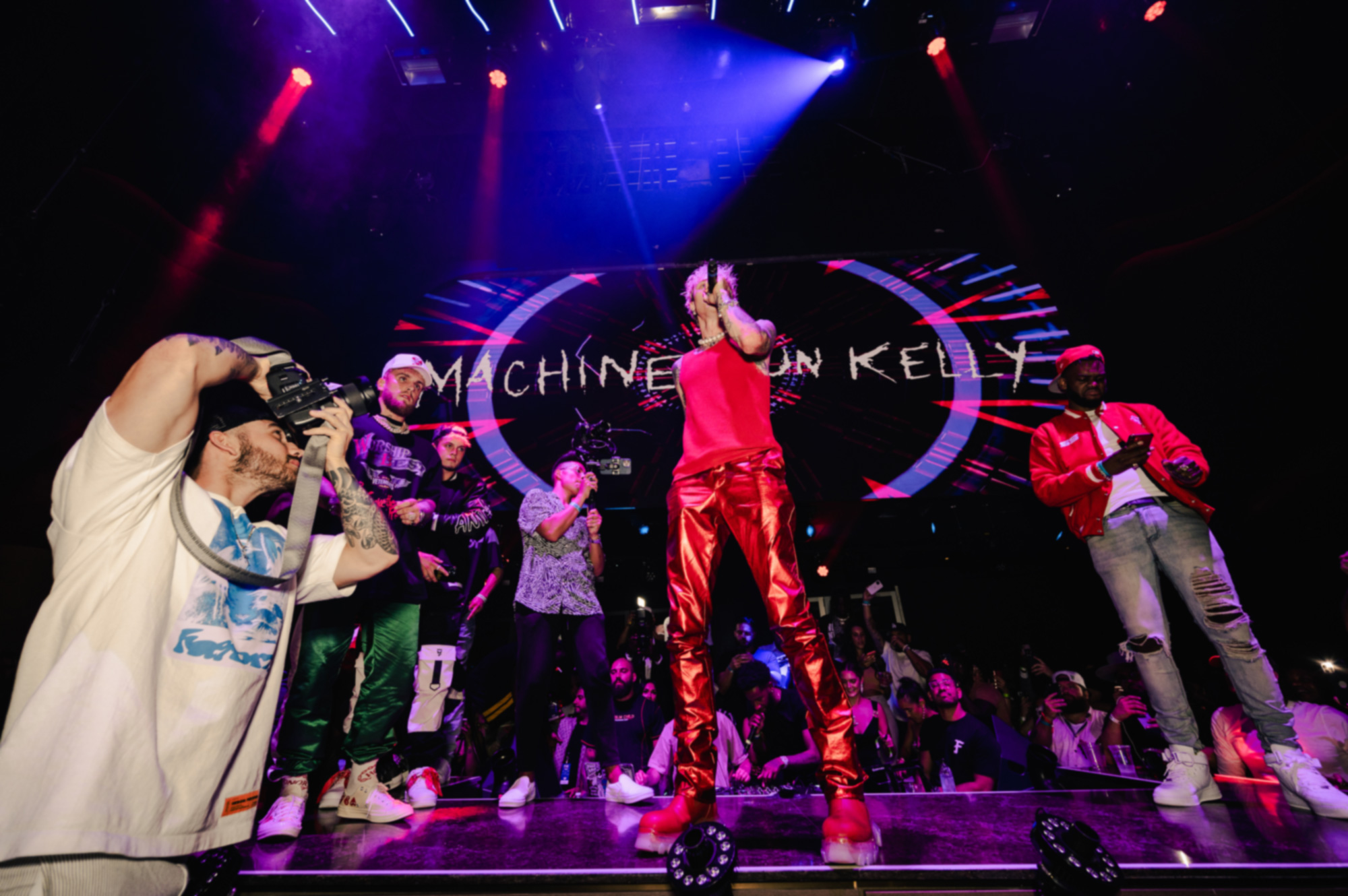 Fox and Kelly were first rumored to be dating when she popped up in Kelly’s music video for “Bloody Valentine” in May 2020, the same month she split from then-husband Brian Austin Green.

The couple has been highly visible in public recently, including at the 2021 Billboard Music Awards, where they got some tongue action in on the red carpet.

However, on Sunday, the “Transformers” star didn’t seem to mind taking a backseat to all the action once the Paul brothers arrived. 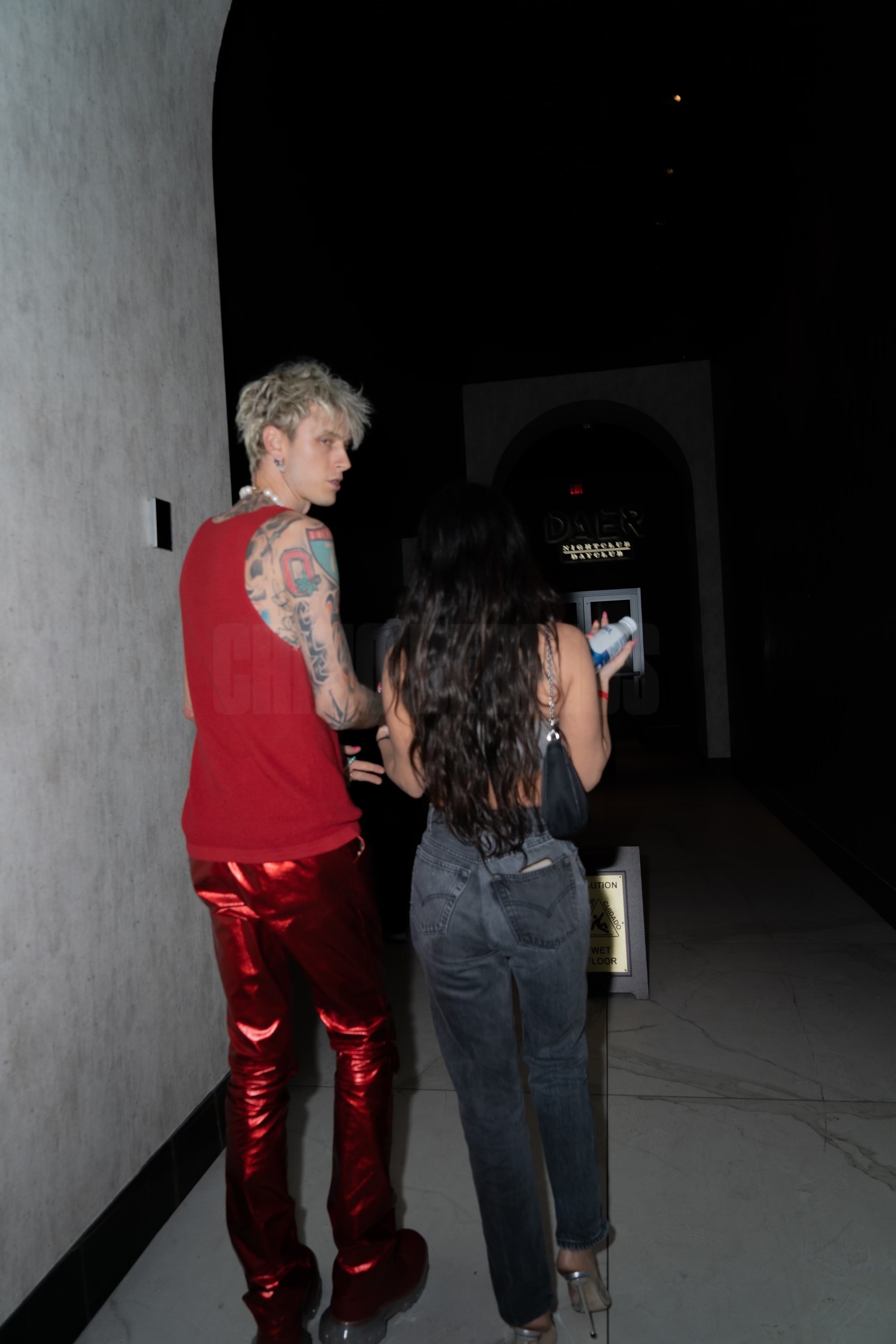 An insider exclusively told us, “When [MGK] was done with the performance and standing next to Logan, Megan was just off to the side and pressed up against the wall. She wasn’t being a diva. She was super chill.”

We’re told it seemed as if MGK is closer buds with Logan than his brother Jake Paul, whom a source shared was preoccupied with his own “p–y posse” of influencers and models. Meanwhile, Logan, 26, surrounded himself by family and appeared “grateful” to have had such a momentous fight against Mayweather.

“I don’t want anyone to tell me anything is impossible ever again,” he told the Associated Press after the fight. “To get in here with one of the greatest boxers of all time, proves that the odds could be beat.”

A source told us that Jake’s ex-wife and fellow YouTuber, Tana Mongeau, was also present at the after-party, but paid no mind to her ex being surrounded by other women. “She was having a good time,” the insider said.