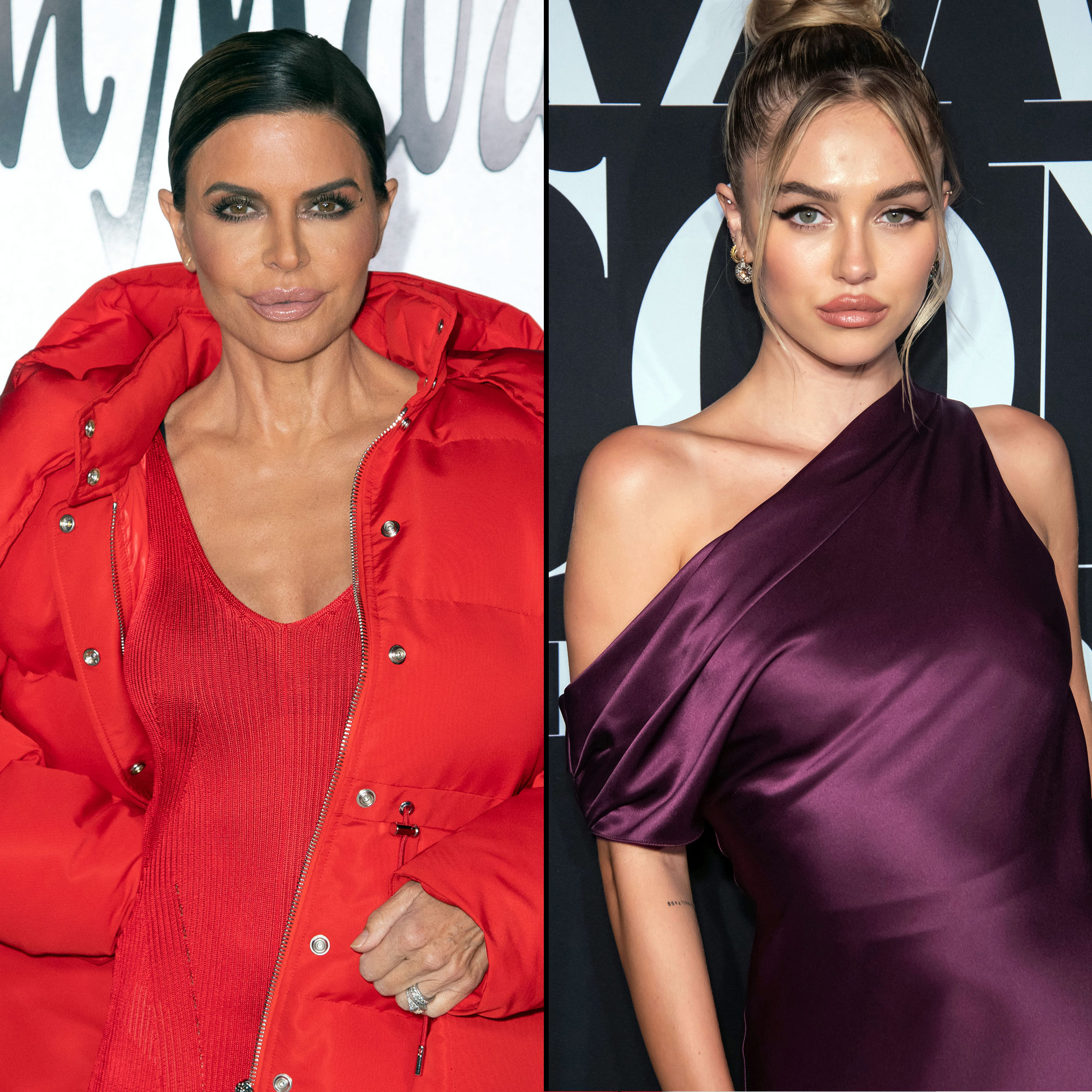 Coming together. After Delilah Belle Hamlin got honest about recent health issues, Lisa Rinna addressed the impact of her daughter’s words.

“Thank you to all of the angels who have reached out, sharing their stories, sending their love and prayers, we are so grateful to you all for your help and your guidance!!” Rinna, 58, who also shares Amelia Gray Hamlin with husband Harry Hamlin, wrote via her Instagram Stories on Wednesday, November 3.

Delilah, 23, recently got honest about her “scary” health journey in a 30-minute Instagram video on Tuesday, November 2.

“Basically, in the beginning of the year, I want to say February and March, is when I got my COVID-19 vaccine,” she explained. “And after the second vaccine, I was sick for, like, 36 hours. I felt like my bones were breaking but, like, whatever. … That’s when everything kind of started.”

The California native, who clarified that she was not anti-vaccine, detailed how the second dose “flared up and triggered certain autoimmune diseases” that she wasn’t aware she had.

“I started getting really sick, I started feeling like I had the flu. I was getting migraines, I was having panic attacks — it was like my body was in constant ‘fight or flight’ mode. It was horrible,” she said at the time. “I just knew in my gut that there was something else wrong.”

After attempting to seek treatment for her panic attacks with a psychiatrist, Delilah revealed that she was over-prescribed and told to take “three milligrams of Xanax a day.”

“My body got dependent on Xanax number one, and number two, I overdosed. I didn’t mean to at all. I overdosed on this one medication called Propranolol,” Delilah shared during the video. “I took Benadryl with it and, for some reason, I ended up in the hospital.”

An Arizona center, which Delilah emphasized was not a rehab facility, helped her kick her dependence on Xanax but didn’t aid her mental health struggles.

“I’m having seizures left and right,” she continued. “My health is getting scary. … Unfortunately, I was I think a medical risk, so I was politely asked to leave after three weeks of being there and making a best friend.”

Delilah also revealed that she had been in contact with her mother’s former costar Yolanda Hadid, who has been vocal about her journey with Lyme disease in the past. Although the Real Housewives of Beverly Hills stars struggled to come back from Rinna questioning Hadid, 57, amid her 2012 diagnosis, Delilah thanked the Netherlands native for her advice.

“Mentally I am not great, today,” Delilah added. “I’m feeling hopeless since the last place I went to didn’t really work out. I can look perfectly fine and feel perfectly horrible. That’s just that. That’s something I struggle with mentally, is feeling believed.”

If you or someone you know is struggling with substance abuse, contact the Substance Abuse and Mental Health Services Administration (SAMHSA) National Helpline at 1-800-662-HELP (4357).