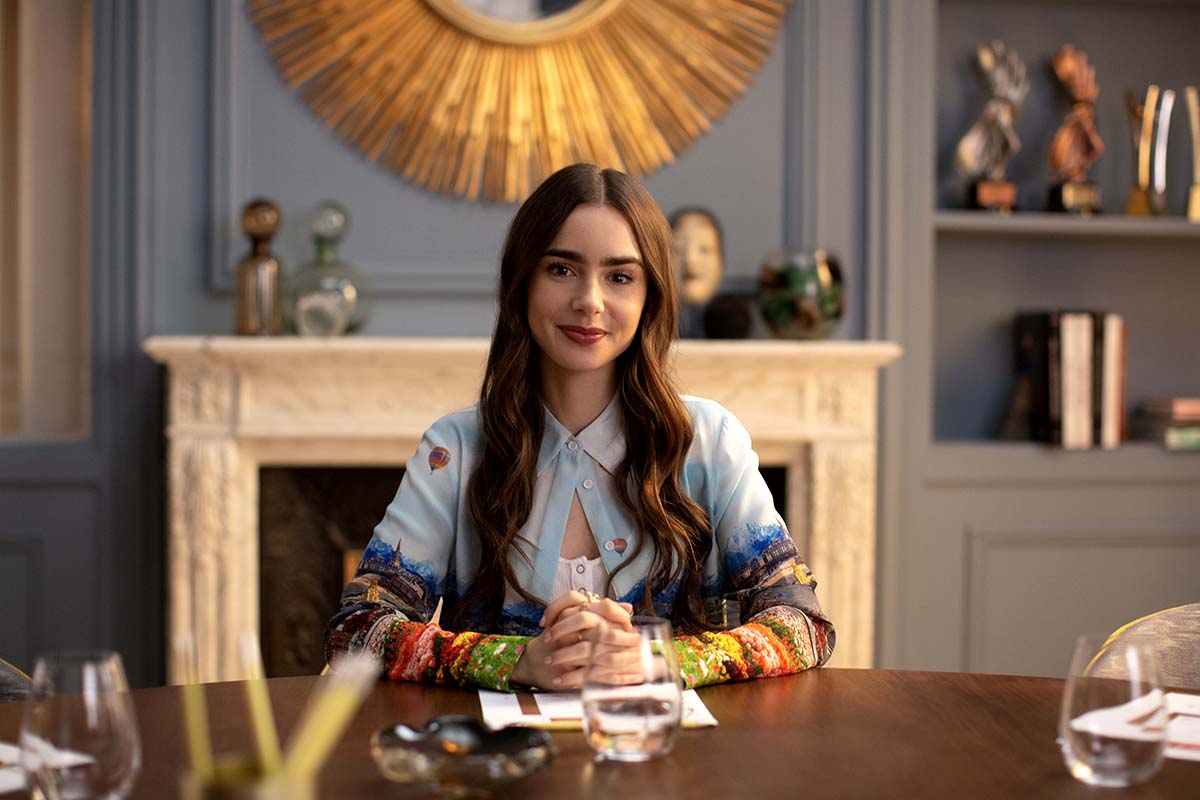 C’est la vie! Lily Collins does not care what the haters say about her Emily in Paris character — she loves her all the same.

Everything the ‘Emily in Paris’ Cast Has Said About Season 2

The actress, 32, stood up for the titular Emily Cooper in a Nylon interview published on Thursday, October 28. “A lot of the qualities that Emily has, if you put them on paper, would seem so annoying,” she confessed. “To have someone be optimistic, bright and bubbly — it’s sad to think that people would look and go, ‘That’s a lot.’ They’re such beautiful qualities, and the fact that she can partner that with being vulnerable and asking for help and making mistakes — she’s not infallible.”

Collins stars as a marketing executive from Chicago who moves to Paris for work. The show became an overnight success on Netflix when it premiered in October 2020, but it also received criticism for its unrealistic ideas about the life of a 20-something and its portrayals of French people and culture.

‘Emily in Paris’ Cast: Who Are They Dating in Real Life?

“I think that this is a heightened reality for Emily, to be moving to Paris, and what she experiences and what she sees,” the Love, Rosie star explained to the outlet. “It’s just that when you put them all together in a TV show that also aesthetically looks the way it does, it’s a little less believable.”

Collins also addressed comparisons between Emily and Sex and the City’s Carrie Bradshaw (Sarah Jessica Parker) since Darren Star is the creator of both series. “She’s in no way mimicking Carrie’s life,” she insisted, adding that her character could have been a fan of the stylish New Yorker. “Emily probably grew up having Carrie Bradshaw posters on her wall.”

The Mirror Mirror actress previously addressed the negativity surrounding the show in her November 2020 Vogue Arabia cover story. “As disheartening as it sometimes is to read these things, it’s also a gift,” she said. “You’re being allowed to improve.”

TV Couples We Need to See Together in 2021

Collins, who is also a producer on the series, applauded Star, 60, and his team at the time, noting that they “championed my opinions and opened me up to an experience that was so rewarding and empowering.”

The Mank actress made headlines in October 2020 when she guessed Emily’s age. “I don’t believe we’ve ever given her a specific ‘number’ for her age, but I believe that she’s pretty fresh out of college. Maybe this is her first year after graduation,” she told British Vogue. “I want to say she’s, like, 22-ish. She’s had enough experience at her company in Chicago to have earned the respect of her boss. … She’s gone to school for this, and she’s completed internships.”

After fans called her estimation into question, Collins quickly admitted to getting Emily’s age “wrong” via her Instagram Story. “Sorry girl,” she quipped. “You might not be 22, but I gotta say – you do act like it sometimes!!!”