Leah Remini gets accepted into NYU, shares her admissions letter

CBS extends ‘The Talk’ hiatus amid complaints of racial insensitivity

The “King of Queens” alum, 50, announced Thursday that she was “in tears” over her acceptance into New York University, where she’ll take part in an associate’s program in liberal arts.

“For someone like me, a person who desperately wanted a higher education and options in my life, coming from a cult and a family who didn’t value an education, this is a very big day for me,” Remini wrote on Instagram, where she shared a photo of her admissions letter from the school.

“This didn’t come easy. This is one of the last chunks of my life that I am taking back for myself from Scientology,” she continued. “It took a lot for me to take this step, for fear that I was not smart enough, not worthy enough, not able to do the work that will be required, my age.” 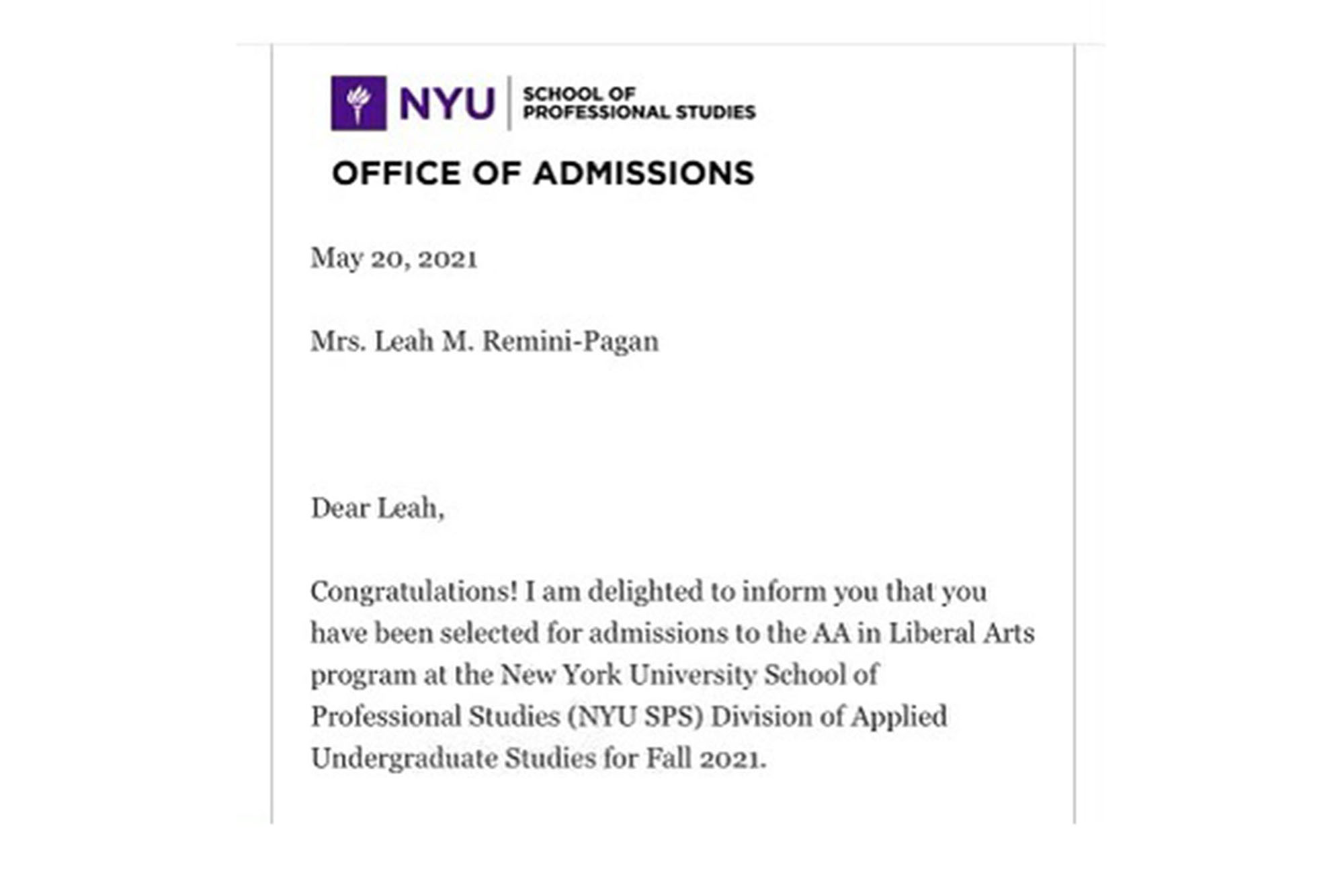 Remini gave a big shout-out to a man named John at Innovative Education Solutions for helping her through “this intimidating process.” She also thanked NYU for “believing in [her].”

“I am ready to do the work and honestly, I’m scared s–tless! And I am excited to start on my journey,” she continued.

The actress was raised as a member of the Church of Scientology from childhood and left the organization in 2013. Two years later, she released a memoir, “Troublemaker: Surviving Hollywood and Scientology,” which was highly critical of the controversial religion.

A year later, she starred in the Emmy-winning docuseries “Leah Remini: Scientology and the Aftermath.” The show featured personal accounts of those who have left the church. It concluded in 2019 after three seasons.