Lady Glenconner has candidly spoken about what it was like to stay with the Royal Family – and how the Queen Mother refused to redecorate one of their residences.

Princess Margaret’s former lady-in-waiting and closest confidante, 87, told how she and her late husband Colin would be invited to Royal Lodge in Windsor Great Park – now the home of the Duke and Duchess of York – throughout the 1970s and 1980s.

Speaking to The Sunday Times Home, she told how many of the rooms inside were ‘rather tired’ because the Queen Mother ‘didn’t want to change anything’.

Lady Glenconner explained: ‘It was where the family had lived before the abdication. 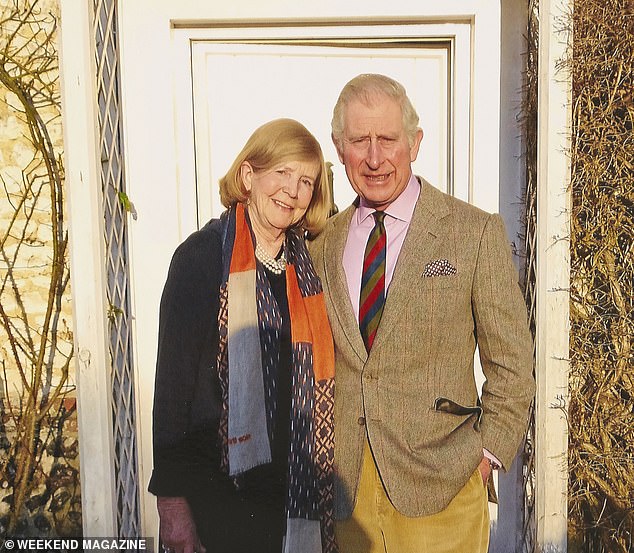 ‘Every evening we had drinks in the drawing room, where we’d often find [the Queen Mother] transfixed by Dad’s Army.’

Lady Glenconner also lived with Princess Margaret at Kensington Palace for a year in 1990, when she had ‘no where to go’ after her husband declared he had sold their London house.

‘[Princess Margaret] had a constant battle with Prince and Princess Michael of Kent’s cats, encouraging her chauffeur to turn the hose on them,’ she revealed.

She previously claimed Princess Margaret ‘loved’ dancing to reggae music, and would shush the Queen if she interrupted her during The Archers, recalling how she once had to smooth things over with a cup of tea after the Princess refused to speak to the Queen while listening to Radio 4. 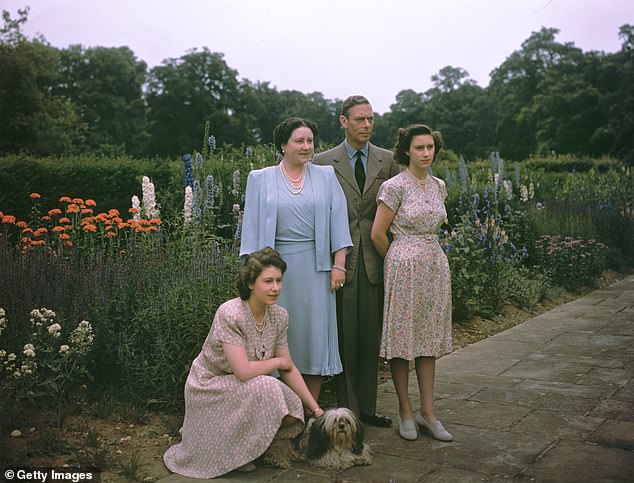 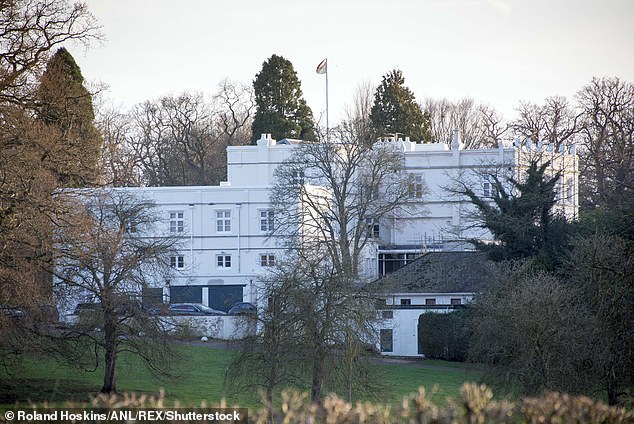 Royal Lodge in Windsor Great Park is now the home of Prince Andrew and Sarah, Duchess of York

Speaking about her own daily routine, Lady Glenconner told The Sunday Times she always begins the day with breakfast in bed.

‘It used to be carried up to me when we had servants,’ she recalled. ‘Now I only have a cleaner twice a week and a gardener half a day a week.’

She added that there are a few people she calls every morning before going out to buy a newspaper.

Lady Glenconner said she has been enjoying walking around her village in lockdown because everyone is out in their gardens ‘longing for a chat’.

She then spends her evenings watching TV and admitted she ‘never misses’ EastEnders, adding that she is an avid fan because it’s ‘so different to one’s own life’. 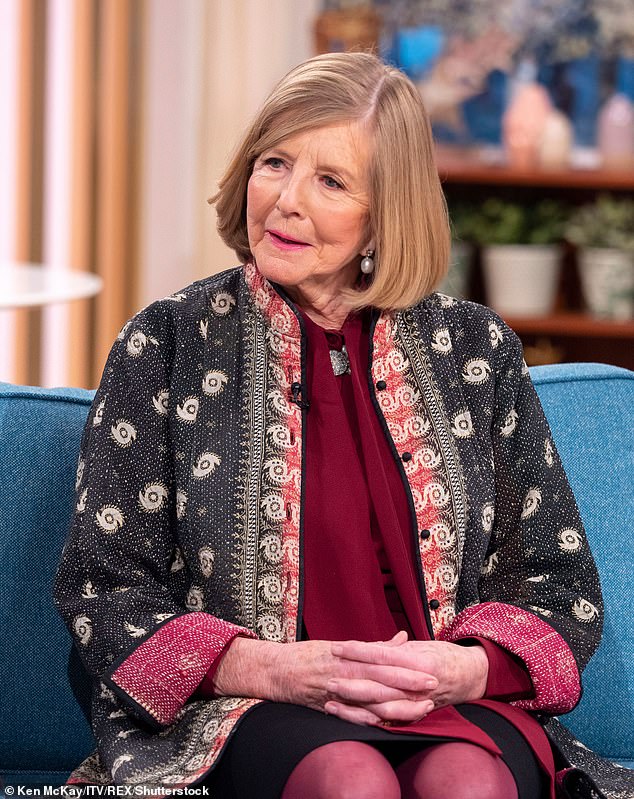 Lady Glenconner also revealed that she is ‘in love’ with presenter and Daily Mail gardening writer Monty Don.

Earlier this month while appearing on Lorraine, the aristocrat spoke about Princess Margaret’s love of Mustique, where Lady Glenconner’s late husband offered her and Antony Armstrong-Jones, Earl of Snowdon, a piece of land on their privately-owned Caribbean island as a wedding present.

The pair would often visit the Island and Lady Glenconner said some of Princess Margaret’s ‘happiest memories’ were on Mustique, where they hailed her ‘our Princess’.

‘I have a huge number of photos, and the house that Colin gave her was the only house she owned and she really loved it,’ she said. 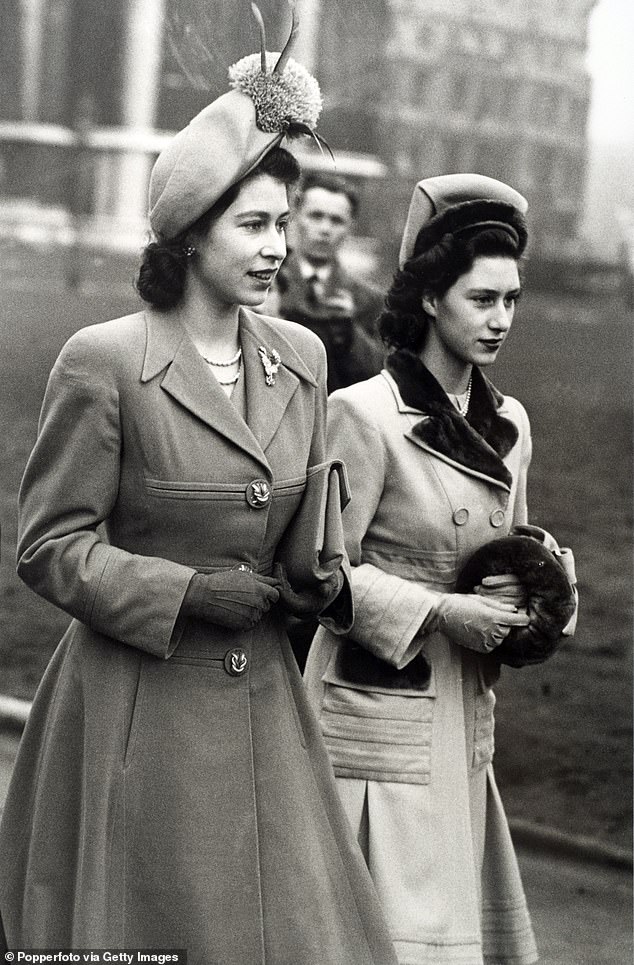 ‘I think some of the happiest times she had was there, the people of the Caribbean loved her.

‘They called her “our Princess” and she loved dancing to reggae bands. We had a really good time.’

Princess Margaret experienced a mild stroke in 1998 at her holiday home in Mustique and died aged 71 at King Edward VII’s Hospital in London in 2002, having suffered another stroke that resulted in cardiac problems.

Lady Glenconner served as a maid of honour at Coronation of Elizabeth II in 1953 and insisted that she has ‘such great admiration’ for the Queen, who has ‘never put a foot wrong. 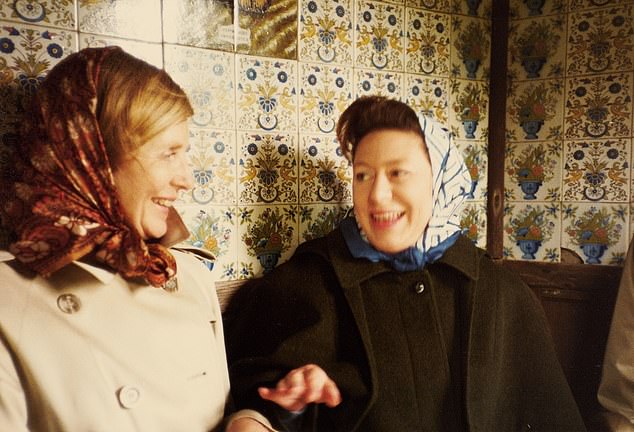 Lady Glenconner, pictured with Margaret at Sandringham, told how some of Margaret’s ‘happiest memories’ were on Mustique

She said: ‘I felt so honoured to be chosen as a maid of honour, I have such great admiration for the Queen.

‘She’s never put a step wrong and holds the whole royal family together. Really I think she’s fantastic, I really do.

‘Being part of the Coronation is something I will never forget the best thing I’ve ever done, people ask if it was my wedding but I say no the Coronation.’

Lady in Waiting by Anne Glenconner is published by Hodder Paperbacks, £8.99.