‘KUWTK’: Kourtney Reveals Why She Won’t Get Back With Scott After He Says ‘I Love You’

Scott Disick tried to make things work with Kourtney Kardashian on this week’s ‘KUWTK,’ but she still wasn’t having it.

Kourtney Kardashian and Scott Disick’s relationship was the focal point of the April 22 episode of Keeping Up With the Kardashians. After Kourtney hired a hot lifeguard for the family’s Malibu house, Scott began struggling with feelings of jealousy, and realized that he wanted to get back together with Kourtney more than ever. “I have different expectations for our life and the way we treat each other,” Scott told Kim Kardashian and Khloe Kardashian. “But it’s kind of one-sided. I play the role of a husband, I treat her like my wife, she talks to me like I’m her husband. I do my best to take care of her, but then I realize, in return, I don’t really get much of anything, and it sucks sometimes.”

Kim and Khloe were all for Scott making it work with Kourtney, and they urged him to talk to her about it instead of venting to them. “We keep having these conversations like, ‘Sure, we’ll end up together one day, but no, let’s not do it now,’” he explained. “And I’m like….okay, so….what are we doing?” 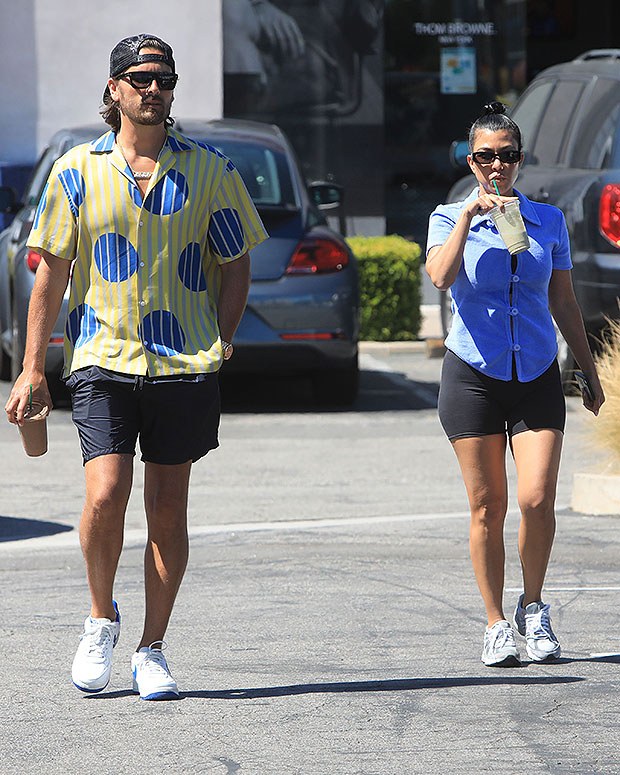 Later on, the family got together for dinner, and Kim and Khloe, along with Kris Jenner, Corey Gamble and Tristan Thompson, started pushing Scott to propose to Kourtney. She noticeably became uncomfortable over the topic. “I love you and I’m ready to marry you right here, right now,” Scott told Kourtney. “Kourtney knows that eventually we’ll get married and live a good life.” To that, she replied, “When you want to work on yourself….”

Scott was eager to do whatever Kourtney wanted to “work on [himself],” but she didn’t want to have that discussion in front of her family. In a confessional, she explained that she’d already let Scott know what she wanted him to work on. “I’m feeling really ambushed right now,” she admitted. “I’m usually more prepared to talk to the family, and so I don’t even know how to react. Scott and I have had these talks before, so I just think that him and I have our own private understanding of what would even need to happen for that to even be a consideration. I just don’t think it’s fair to talk about it in front of the whole family, as if it’s everyones business.”

Scott pointed out that he’s been “responsible, there for [Kourtney] and the kids and a great person and a great father,” and the family couldn’t help but agree. “I don’t know what all the limbo is for,” Scott said, getting frustrating. “There was a time when the whole family would tell Kourtney that the last person she should be with is [me]. Now, the whole family wants us back together. It’s the most flattering, beautiful thing I could hear in the world, and it’s tough because Kourtney says almost nothing.” 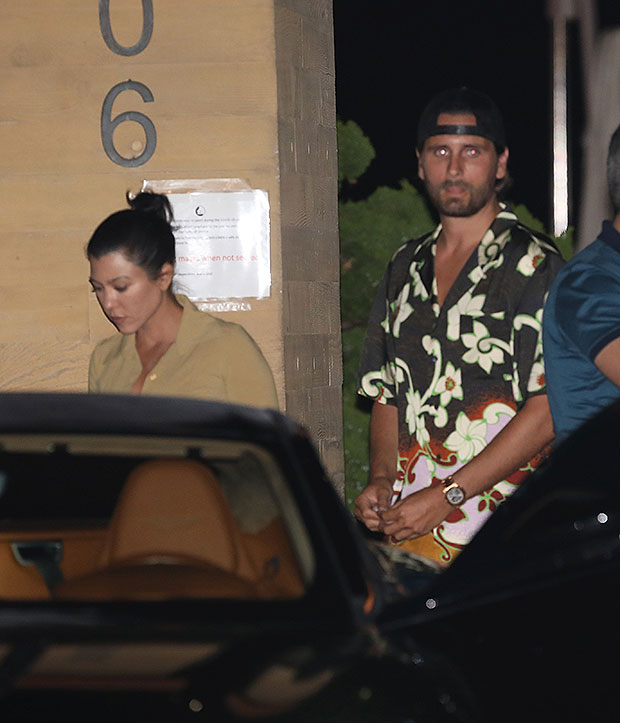 The conversation at dinner got nowhere, so Scott pulled Kourtney aside for a separate conversation later on. “I feel like I don’t like seeing you with another guy,” Scott said, flat-out. “It hurt me when you were with somebody else, and waking up to looking at pictures of you with this guy when you were dating. It was unhealthy and made me upset and sad. Now I wake up with no real problems. I’m carefree in the sense that I don’t have that, which used to take up a lot of space in my mind all day. But the big fear is that, if you start dating again, then it goes back to that and iI have to feel a different way again.”

Scott said that he didn’t want to give Kourtney an ultimatum or pressure her, but he said that he wouldn’t be able to move on unless she told him definitively that there was no hope for a future between them. “You don’t say no, and you leave this door open,” he explained. “So I have expectations in my mind and they don’t seem to ever get met. I don’t want to live in limbo with you for the rest of my life.”