“I’m in no rush whatsoever.”

Kristin Cavallari opened up about her love life in a series of Q&A Instagram Stories on Sunday.

When a follower asked the 34-year-old reality star if she was on the dating scene, she responded, “In a general sense, yes, I have been. No one serious, though — I’ve just been having fun. I haven’t wanted a boyfriend. But I’m currently not dating.”

The statement comes after Cavallari was linked to country musician Chase Rice back in August. At the time, a source told People Magazine that the pair was “having fun,” before they were spotted together again in early-September.

Speaking with her fans, Cavallari also answered all the speculation around the men in her life. “Why are there so many idiotic news stories about your dating life?” one asked.

“This is what I’m saying! I don’t know! I’m just over here trying to do my own thing,” she answered. “Every time I look at a guy it becomes news.”

The “Laguna Beach” star added, “I promise when I’m with someone that’s worth talking about, I’ll be the first to post a photo.” 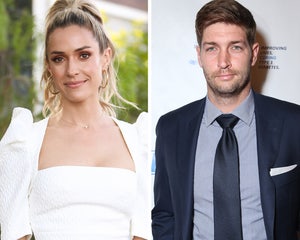 Kristin Cavallari On Her Custody Arrangement with Jay Cutler

Fortunately, her split from Cutler hasn’t soured her experience with marriage.

In terms of walking down the aisle again Cavallari told her fans, “I know I will. I’m in no rush whatsoever though. I’m really enjoying being single right now.”

“I’ve done the work I needed to do for the past year and a half and I’m finally getting to a place of potentially being ready for a relationship but not quite yet,” she added.

In addition to Rice, Cavallari was also linked to comedian Jeff Dye after her divorce.