Kourtney Kardashian and Dua Lipa are on the same wavelength.

The “Keeping Up With the Kardashians” alum, 41, and the pop star, 25, kept cool on the Fourth of July by wearing the same patchwork bikini by GCDS.

The triangle top with thong bottom ($113) features a red bandana print and green gingham on the top, with a blue heart pattern and black daisy on the bottoms.

Kardashian paired hers with a matching GCDS red bandana bucket hat as she frolicked by a beach in California, while Lipa wore her bikini top as a shirt underneath a white crop top with jean shorts in New York City. 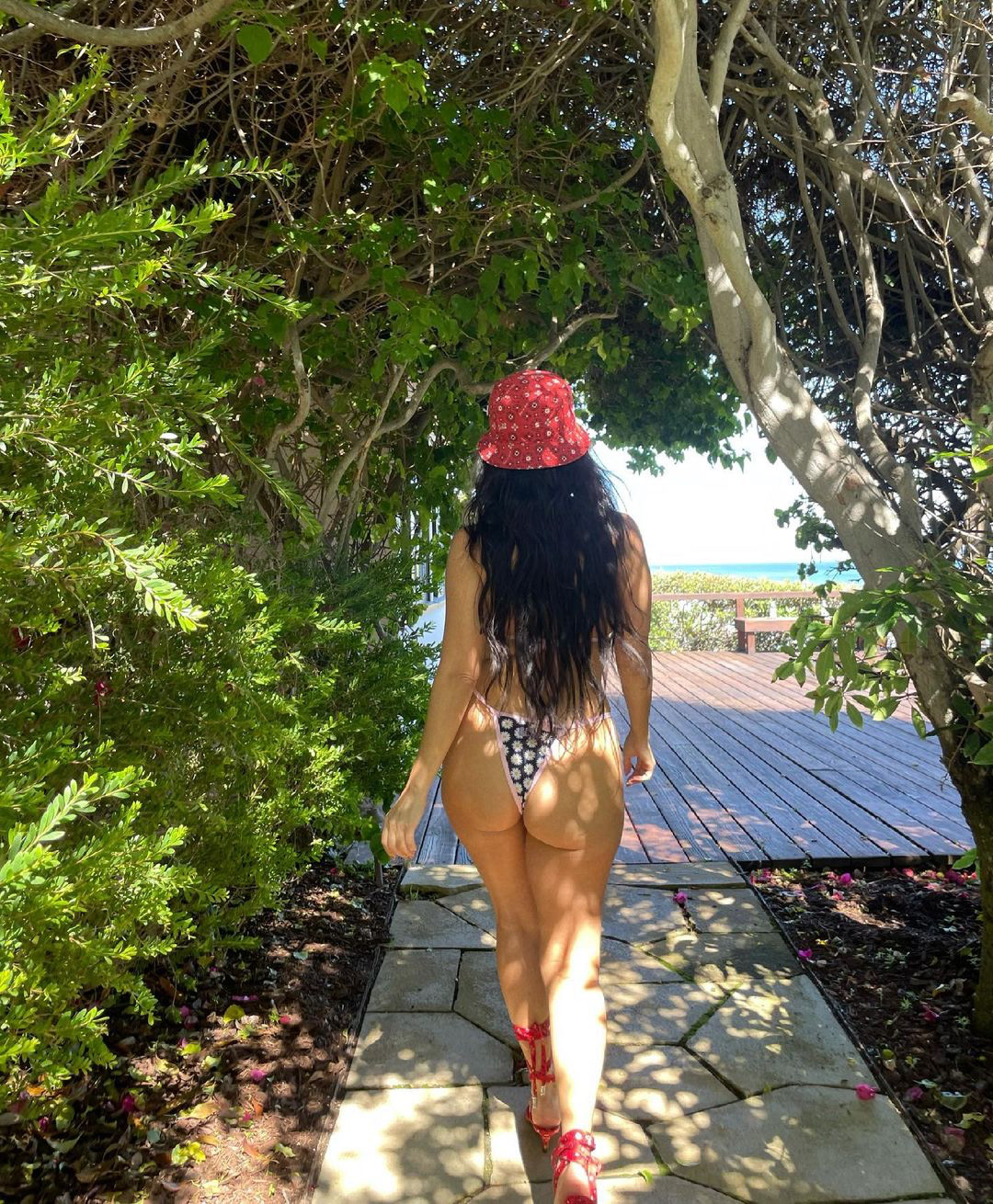 It seems both stars celebrated the holiday with their loved ones; Lipa posted photos with boyfriend Anwar Hadid, while Kardashian enjoyed the day with beau Travis Barker.

Kardashian and Barker, 45, made a stop at Disneyland with her sons Mason, 11, and Reign, 6, and his children, Landon, 17, and Alabama, 15, and were spotted holding hands and riding Splash Mountain, among other activities.

For the day out with family, the reality star wore a Rick Owens high-cut bodysuit that showed off her hip bones along with pink drawstring pants ($120) and Marni high-top sneakers ($750). 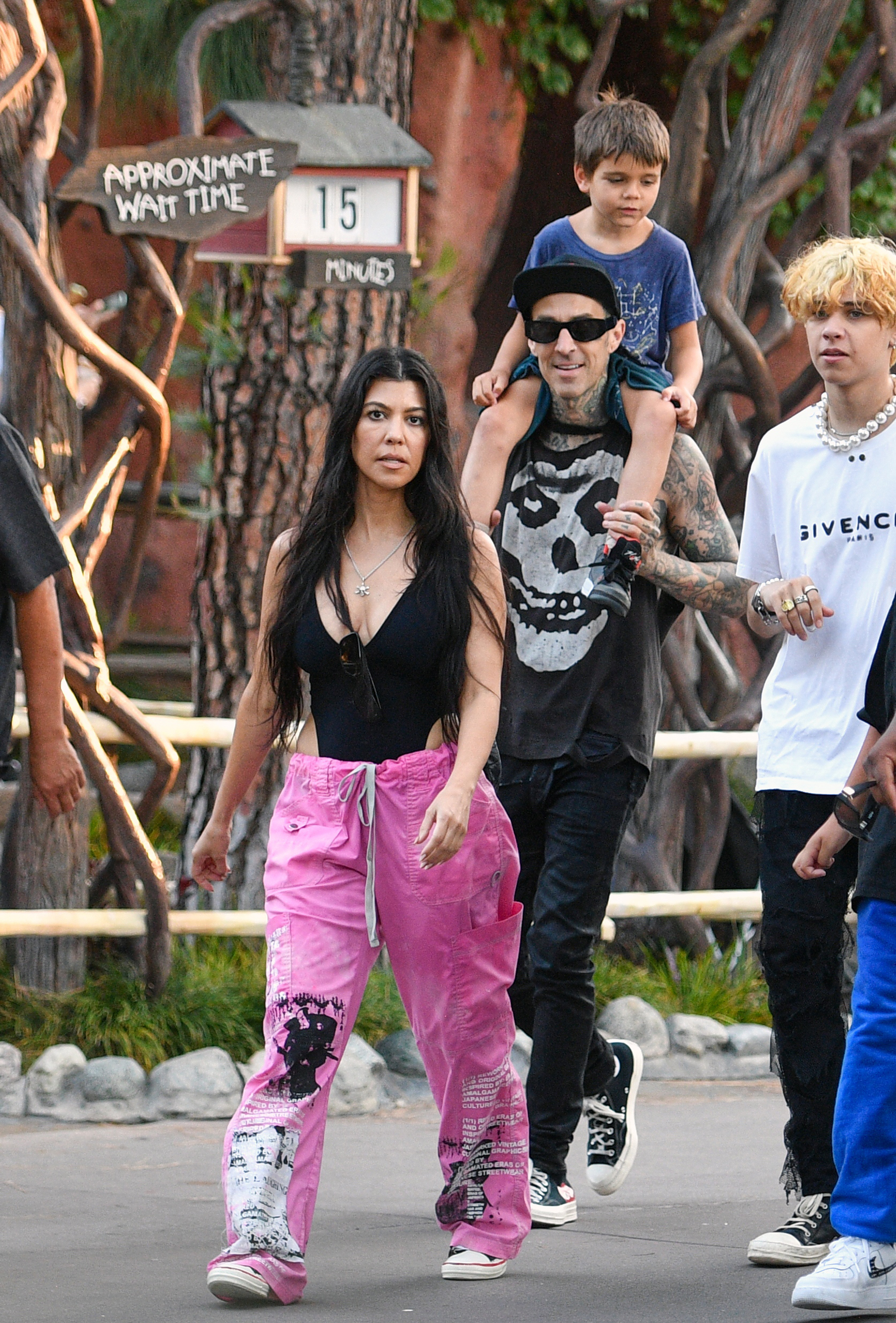 However, it was a set of bridal Minnie Mouse ears that sparked intrigue, leading fans to speculate about an engagement or impending marriage to Barker, whom she began dating in January.

If the headgear means anything, Kardashian certainly has the approval of Barker’s children.