Kopparberg delights fans with the release of its first vodka range

Having just released a new tropical mixed fruits cider, Kopparberg has pleasantly surprised fans in the UK with the debut of another range of beverages just days later.

The Swedish alcohol drinks brand announced it’s launching its first range of vodka at £18 a bottle, ahead of the bank holiday weekend.

Kopparberg racked up over 3,000 likes on an Instagram post giving a first look of the colourful thirst quenchers, with many saying ‘it’s about time’ the brand had something for vodka lovers.

The new range will be available in lemon, passion fruit and the brand’s classic strawberry & lime flavour, which is popular with cider lovers. 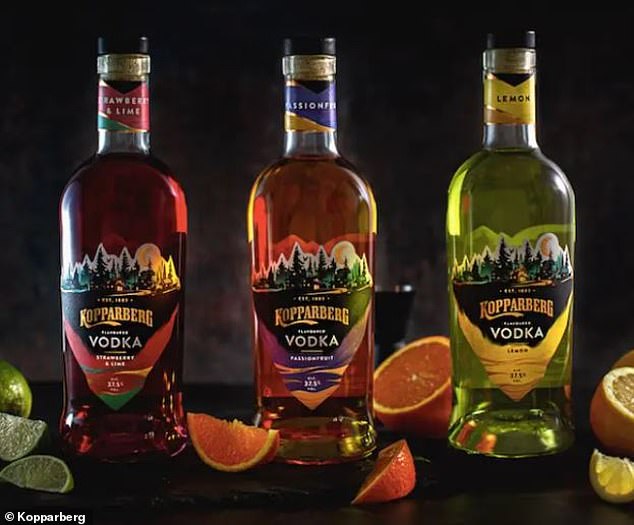 Kopparberg has announced the release of its first ever vodka range (pictured), with flavours including lime, passion fruit as well as strawberry & lime

One person wrote: ‘Wow this would be beautiful got to try some of this’

Another said: ‘Just hire me as a taste tester so I can try everything first lol. You guys always put out the best tasting drinks’

‘Can’t wait to get my hands on some of of these,’ a third added.

Another wrote: ‘Yes  about time had something for the voddy lovers’

Kopparberg claims its new range packs a punch in both flavour and colour to give ‘a much-needed shake-up to the bland world of subtly-flavoured vodkas and is set to be your new favourite drink’.

The vodkas are being sold in eye-catching bottles, with advice to drink over ice with lemonade or a soda mixer.

The brand describes it as a drink for night events such as parties or bars, while its fruit cider is ‘perfect’ for relaxing in the sun.

Rob Salvesen who is Head of Marketing at Kopparberg, shared the brands excitement for the release, saying: ‘No one does flavour like we do and we weren’t content with the bland and subtly flavoured options currently available on the market.

‘New Kopparberg Flavoured Vodka offers a bold burst of fruit flavour and colour in a way that only Kopparberg can, resulting in a drink that’s perfect for those moments with mates as the sun goes down and there’s a ripple of excited energy in the air.’ 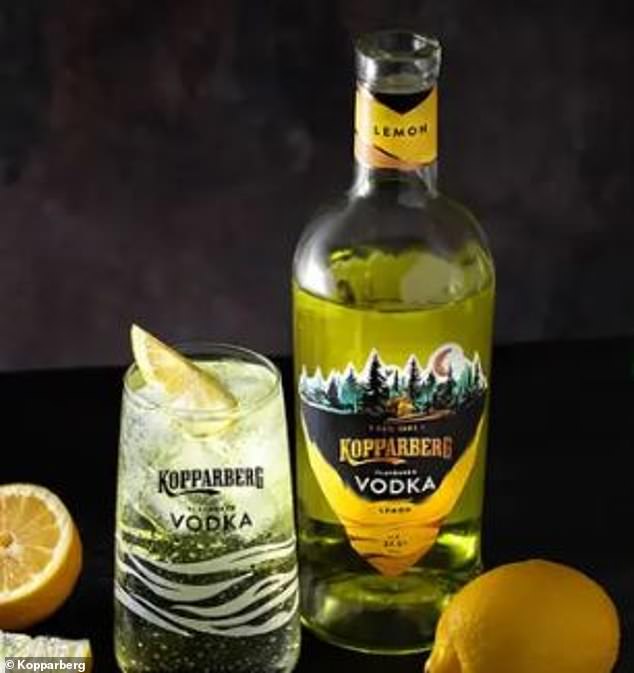