King Charles’ unusual amendment to daily routine – ‘he dislikes it’

King Charles III is now a very busy man, and it has been said he doesn’t stop for lunch, preferring to have a couple of snacks on hand. But there is one lifestyle choice he adhears to most days, and that’s foregoing lunch and enjoying some fresh air outside instead.

According to Julian Payne, the King’s former press secretary, the monarch has a “relentless schedule”.

Before ascending to the throne, the 73-year-old spend much of his life as the Duke of Cornwall, a role which he gave his all to.

Not only is he reported to have worked until midnight, the new King is said to have lived on a diet of fruits and seeds for breakfast, and no lunch.

There have been many suggestions the King was served eggs every morning, but Julian rebuffed these claims. 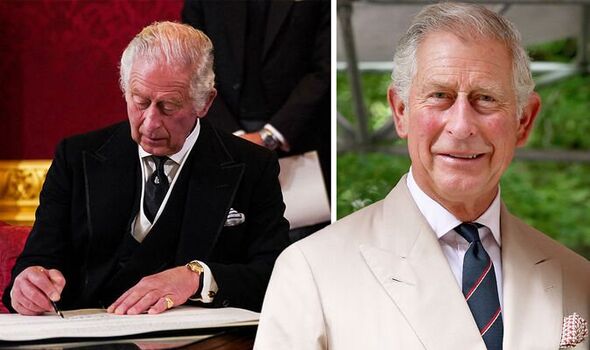 He said: I never saw a single boiled egg at breakfast in all the years I worked there.”

Speaking about the King’s other eating habits, the former employee of Clarence House explained: “The King doesn’t eat lunch; so, an early lesson I learnt when out on the road with him was to have a big breakfast or bring a few snack bars with you to keep you going.

“The working day is pretty relentless. Beginning with the radio news headlines and a breakfast of seasonal fruit salad and seeds with tea.”

The former Prince of Wales used to take a break from his “relentless schedule” around 1pm, but this isn’t for a lunchbreak, it’s for a walk.

Julian said: “The King dislikes being inside for too long and always has the windows wide open.”

Studies have shown that using a lunch break to get outside and walk can have a positive impact on everything from concentration and creativity, to overall enjoyment of the tasks in hand.

The first real pause of a day will be at 5pm, when the King likes to stop for tea.

This is a chance for him to recharge, often with the Queen Consort, over sandwiches and a piece of fruit cake, Cornwall Live said.

Following this, the monarch returns to his desk to take care of paperwork. 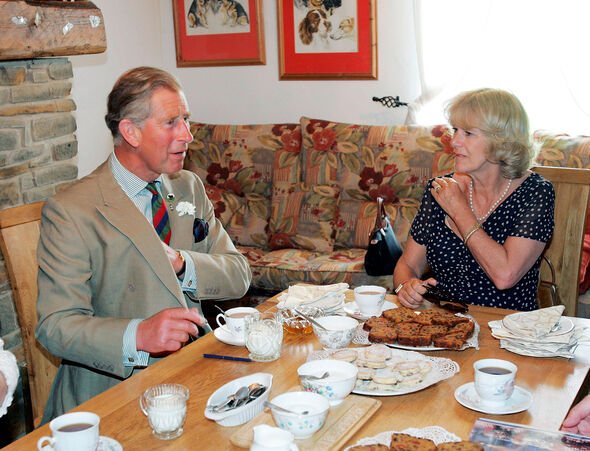 Dinner is then at 8.30pm sharp and includes produce grown in their estate.

Charles is also a keen advocate for sustainability and chooses to follow a mainly plant-based diet in order to reduce his carbon footprint.

He told the BBC back in 2021: “For years I haven’t eaten meat and fish on two days a week and I don’t eat dairy products on one day a week.”

Graham Tinsley MBE, former manager of the Welsh Culinary Team spoke about one element of dinner that is a must for the former Prince.

He told Hello!: “[The King] requires a side salad for every meal – and this salad was very precise.”

At 10pm the monarch will then return to his desk, where he will be until well past midnight sifting through paperwork.

Julian also said the King’s habit for late nights is also true of public engagements, where his gregarious approach and willingness to chat to lots of people means these often go on for hours on end.

One famous example of this is reported to have come at a James Bond premiere several years ago, where it took longer than expected for him to eventually speak to the lead actor, Daniel Craig as he was busy talking to the set designers and security guards.