Friendship on set! For Kenan Thompson, getting to see his friend Pete Davidson return to Saturday Night Live was “definitely” the perfect introduction to season 47.

“[I am] beyond happy. I love Pete, he’s my baby brother. I watched him grow in the business, but as well as an individual and a person,” Thompson, 43, exclusively told Us Weekly while promoting his partnership with AutoTrader on Thursday, October 14. “I just think he does have the talent at the end of the day to take him wherever he wants.”

Thompson, who has been on SNL since 2003, praised Davidson, 27, for staying true to himself as his star has been on the rise. 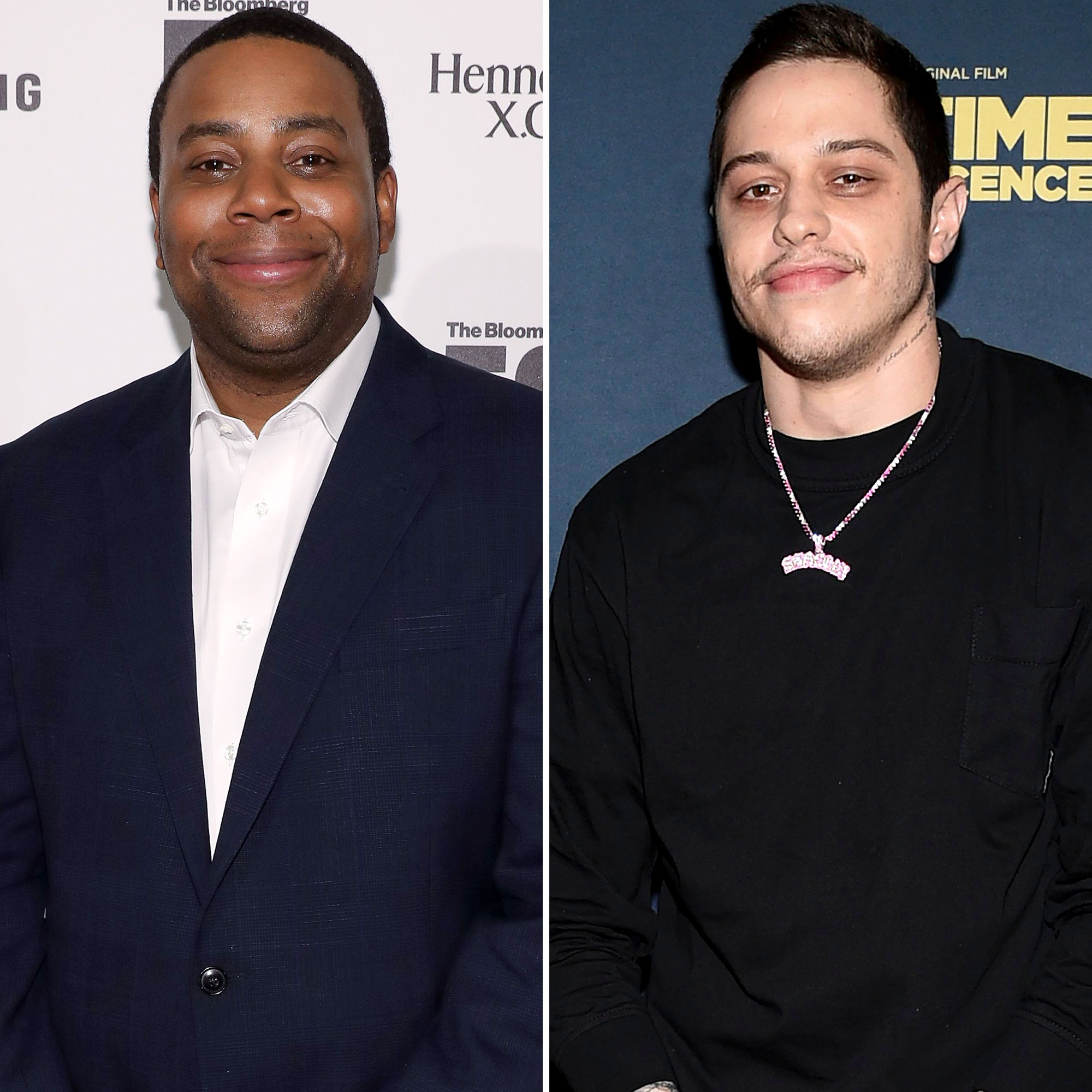 “He’s been able to maintain who he is along the way, even though he’s experiencing, like, the ultimate flame of the business. If you can keep your personal character intact, that’s highly important,” the Kenan & Kel alum noted to Us. “He’s close with his family, he’s close with his mom. I think that’s invaluable.”

The All That alum admitted that having Davidson on season 47 also meant getting to spend more time together that they might not have otherwise.

“I was over the moon to see him because when people are, like, really on that level and they depart from the show, it’s hard to catch back up with them. They get very busy, it’s a big world out there,” Thompson added. “They could be here there, and it would just be that much harder for me to give them a hug or something when I see him. So I was happy to see him.”

As for the Home Sweet Home Alone star, he teased that he isn’t ready to say goodbye to the sketch show quite yet either.

“I guess there’s an eventuality, but I’m still trying to get to that 20. Here at 19. So might as well just knock it out,” he joked.

For now, Thompson is still enjoying the rush that comes with performing on the NBC series every week.

Former ‘Saturday Night Live’ Stars: Where Are They Now?

“That’s the beauty of the show. Like, another beautiful thing about comedy as well. You’ve kind of got to earn it every single time, you know? Anytime you venture someone down the story line, that punchline better be coming and it better be good. If it’s not, people will let you know,” he detailed. “In that sense, it makes you nervous every time because it is so unknown what you’re about to do. If people are going to take it the way you present it, or if they’re going to have different opinions about it. That’s always a sharp edge of a sword to be walking down. It’s exciting.”

Outside of the SNL stage, Thompson has been having fun bringing in his own comedic voice into the new Autotrader ads, which promote how easy it is to buy a car from home.

“We partnered to do a campaign together just to let everybody know — if you don’t know already — how awesome Autotrader really is. They’ve really broken it down to where you can just get the car you need,” he told Us of the partnership. “It makes the car buying process so safe and easy. It really is true.”

With reporting by Christina Garibaldi