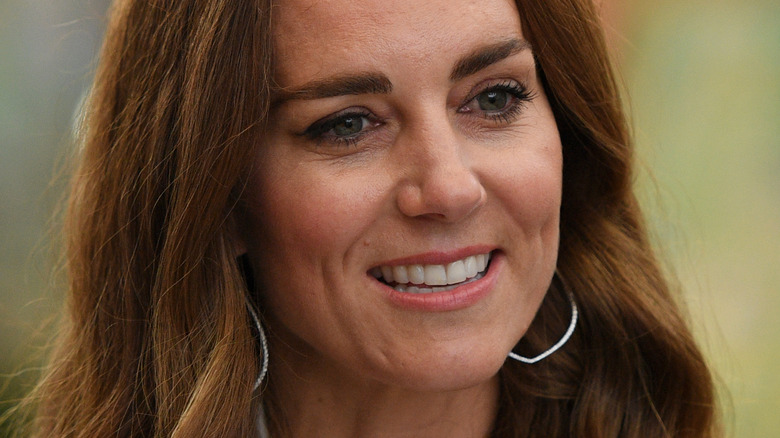 Despite the recent turbulence in the relationship between their husbands, Kate Middleton and Meghan Markle have done their best to honor their mother-in-law, Princess Diana, who died at the age of 37 in a 1997 car crash, per the BBC. In the past few years, Middleton and Markle have found creative ways to pay tribute to Princess Diana during both royal and personal engagements. The most common tributes (aside from Prince Harry and Markle naming their daughter after Princess Diana) are typically those that involve jewelry.

For starters, Middleton’s sapphire engagement ring was once Princess Diana’s ring, and though it was given to Prince Harry after her death, he felt as though it would better suit his brother’s new wife, according to Newsweek. When it came time to give Markle an engagement ring, he crafted a ring using two diamonds from his mother’s jewelry collection. “Obviously, not being able to meet his mom, it’s so important to me to know that she’s a part of this with us,” Markle said during a royal engagement, according to Town & Country. 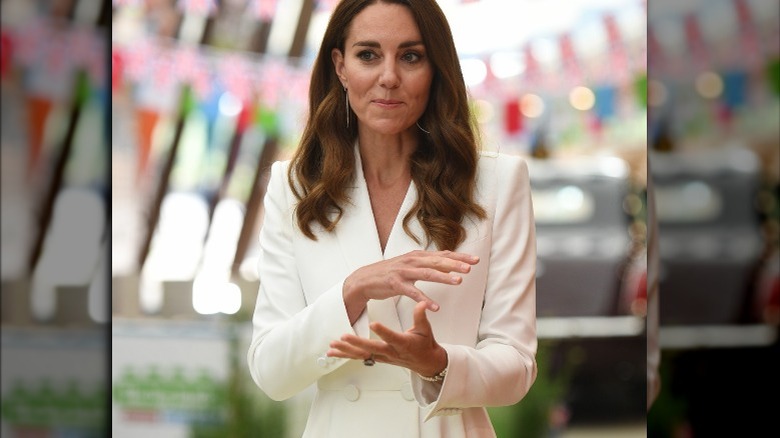 During Kate Middleton’s most recent royal engagement at the G7 summit on Friday, the royal was seen sporting yet another famous accessory from Princess Diana’s personal collection. During the royal engagement, in which she met American first lady Jill Biden for the first time, Middleton was wearing a three-strand pearl diamond bracelet that previously belonged to Prince William’s mother, per Us Weekly. Before her death in 1997, Princess Diana had worn it to several royal engagements, including one to Hong Kong in 1987. Middleton has worn the bracelet while on royal engagements to Germany and Sweden.

Many royal experts have compared Middleton’s approach to royal life to that approach taken by her mother-in-law. From her fashion icon status to her parenting techniques, many consider Middleton to be following in the footsteps of Princess Diana. Before Princess Diana took Prince William and Prince Harry along on royal engagements, taking children on such engagements was not even considered, according to Insider. Now, Middleton takes her children — Prince George, Princess Charlotte, and Prince Louis — on her royal engagements quite often.

Middleton’s no-nonsense approach to mothering has also been compared to her mother-in-law’s own parenting practices. It appears as though Middleton is honoring her mother-in-law by doing more than just borrowing from her extensive jewelry collection.