Kate and Sophie draw strength from their faith: Royals have worn their crucifixes on outings since the death of the Queen – who was unwavering in her devotion

The Princess of Wales and the Countess of Wessex were both seen wearing crucifixes today, suggesting both women might be drawing on their faith for strength as they mourn the loss of the Queen.

The monarch spoke openly about the important role Christianity played in giving her comfort in times of hardship and it might be that her daughter-in-law and grandson’s wife are doing the same.

The Princess of Wales, 40, wore her diamond cross as she and the Prince of Wales stepped out in Sandringham to meet mourners who had come to pay their respects.

Sophie Wessex, 57, has been sporting a similar cross since she first stepped out on Saturday following the announcement of the Queen’s death on Thursday in Balmoral. 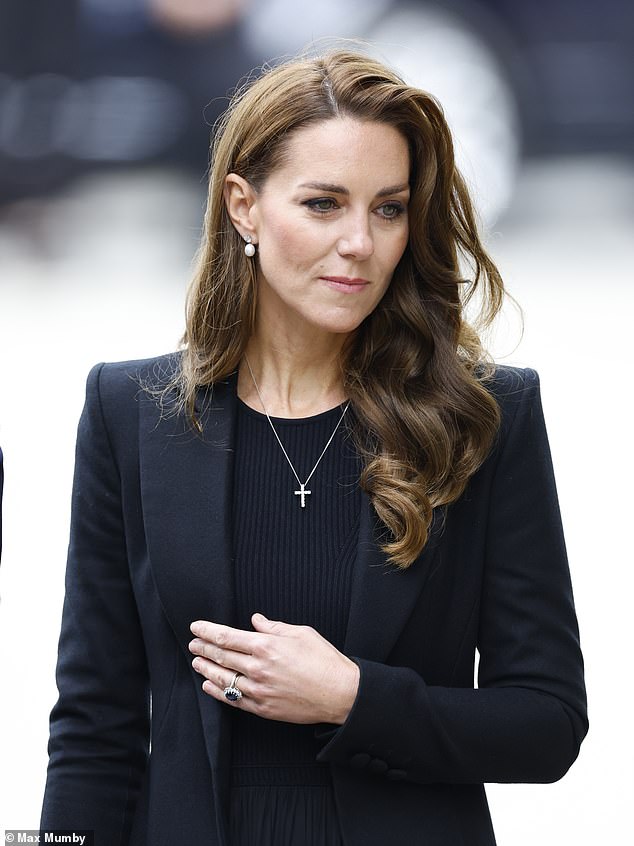 The Princess of Wales, 40, wore her diamond cross as she and the Prince of Wales stepped out in Sandringham to meet mourners who had come to pay their respects

Sophie Wessex, 57, has been sporting a similar cross since she first stepped out on Saturday following the announcement of the Queen’s death on Thursday in Balmoral. She wore it today to meet mourners in Manchester 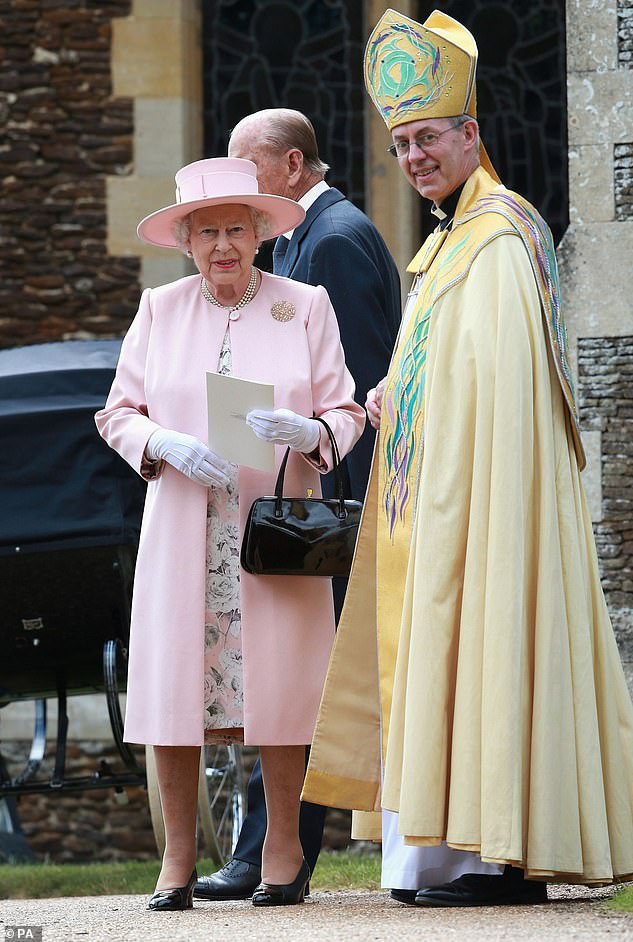 Following news of her death, the Archbishop of Canterbury released a statement paying tribute to the Queen as a ‘faithful Christian disciple’

While both women have been seen wearing their crucifixes on previous occasions, it is not typical.

Both women attend church and the Countess of Wessex has previously delivered a religious address. On Saturday, Sophie joined her husband Edward and other senior royals for a intimate service paying tribute to the Queen.

Kate Middleton wore the necklace and diamond cross over an elegant black dress and coat in Sandringham this afternoon.

She has worn the pendant on several occasions before, including in happier times at Trooping the Colour in 2019, which she attend with Prince William and their three children.

The pendant features a diamond ‘bail’ – the part of the necklace that attaches a pendant to the chain. 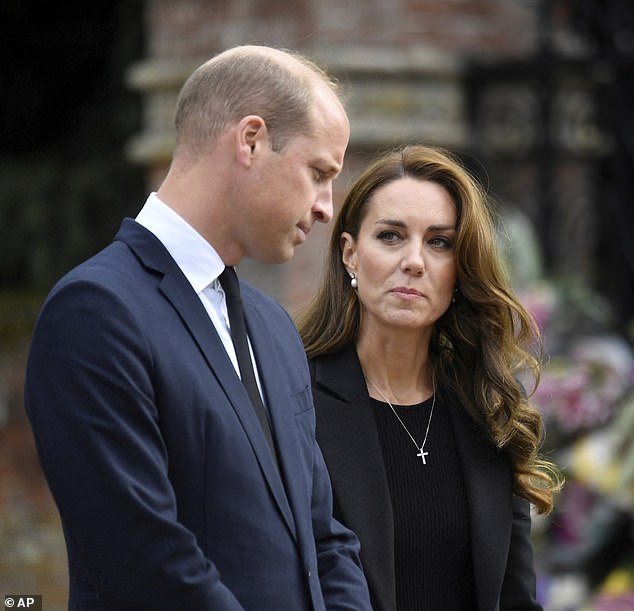 The pendant, pictured, is a sweet nod to the Monarch, who was known to turn to her faith in moments of doubt and grief

Sophie Wessex has been drawing strength from her own crucifix pendant this week, having worn it since it was announced the Queen had died last Thursday.

She sported the pendant as she stepped out with other members of the royal family in Balmoral on Saturday for a religious service.

The cross glinted in the pale Scottish sun as Sophie, her daughter Lady Louise and son James, Viscount Severn took a closer look at the tribute left for the Queen at the gate of the royal estate.

The Countess of Wessex was also wearing the crucifix on Monday when the Queen’s coffin reached St Giles Cathedral, where she laid in rest for 24h before travelling to London.

Sophie wore her cross above the turtleneck of her dress, making sure the jewel was visibly.

Prince Edward’s kept the crucifix on to receive her mother-in-law’s body at Buckingham Palace on Tuesday, and during the emotional service of prayer for the Monarch at Westminster Hall yesterday. 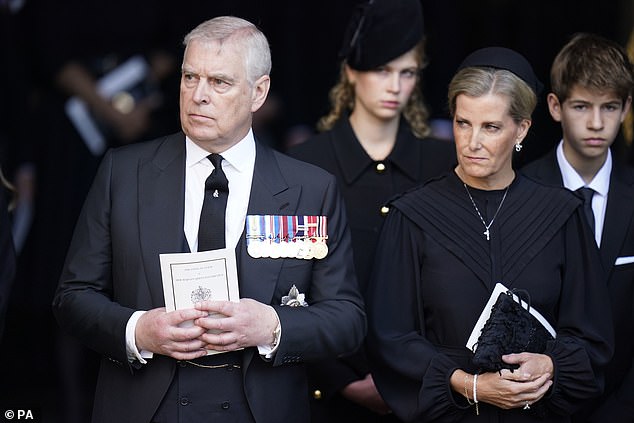 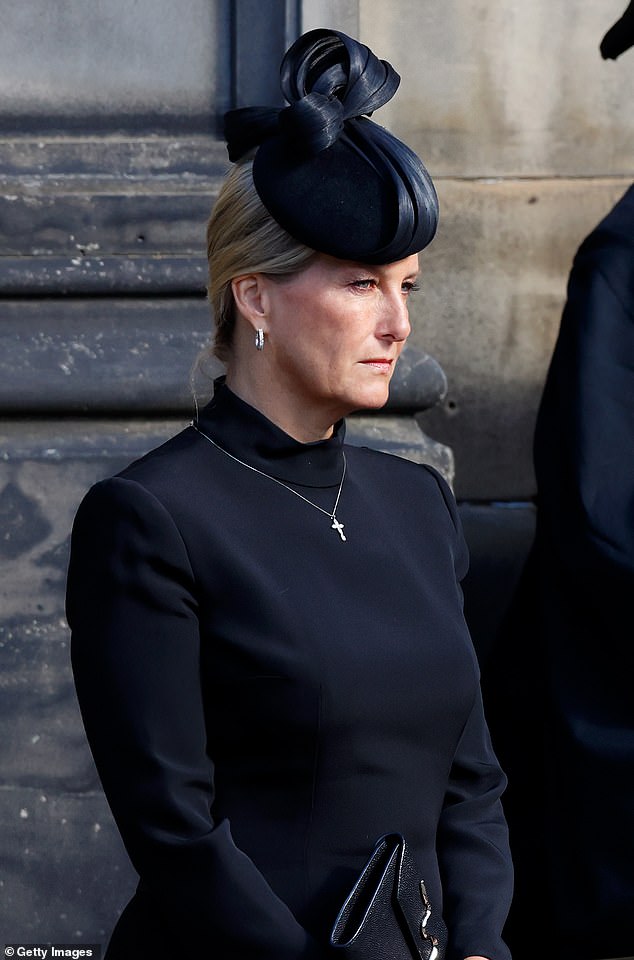 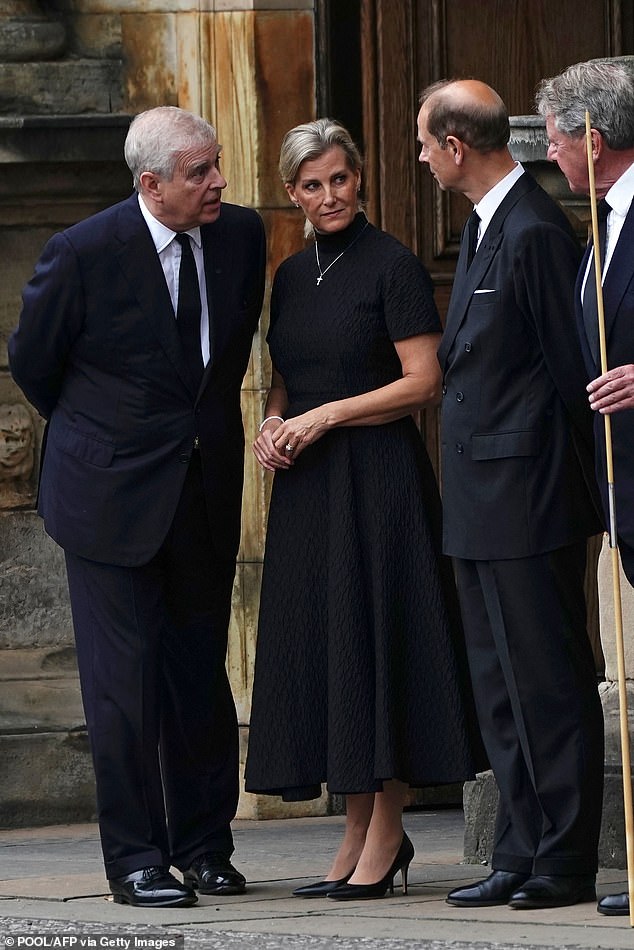 Mother-of-two Sophie has been wearing her crucifix everyday since the Queen’s death has been announced last Thursday. She wore it on Sunday morning in Balmoral 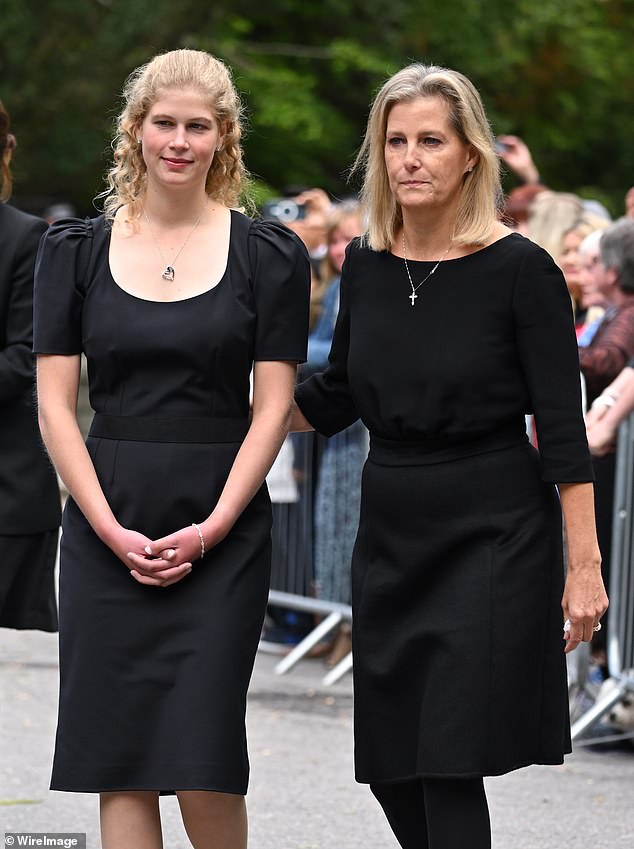 Sophie started wearing her crucifix when members of the royal family stepped out for a religious service (pictured with her daughter Lady Louise Windsor, 18)

Throughout her life, Queen Elizabeth II held her Christian faith dear after first attending church with her parents, the Queen Mother and King George VI, as a child – and she once said her religion was ‘an inspiration and anchor’ during her reign.

The Archbishop of Canterbury led tributes from religious leaders to the Monarch, whom he described as a ‘faithful Christian disciple’.

The Monarch’s dedication to her religion no doubt helped her through some of the most difficult times in her life – particularly after the loss of her husband Prince Philip in April last year.

During her Christmas Day address to the nation in 2021, Her Majesty paid tribute to her late husband for his devotion to her and dedication to public service throughout his life.

Later in the speech, she spoke of how the story of Christ helped her, and many others around the world, appreciate new beginnings.

The Queen said: ‘[Children] teach us all a lesson, just as the Christmas story does, that in the birth of a child, there is a new dawn with endless potential.

‘Simple happenings that form the starting point of the life of Jesus, a man whose teachings have been handed down from generation to generation, and have been the bedrock of my faith.’ 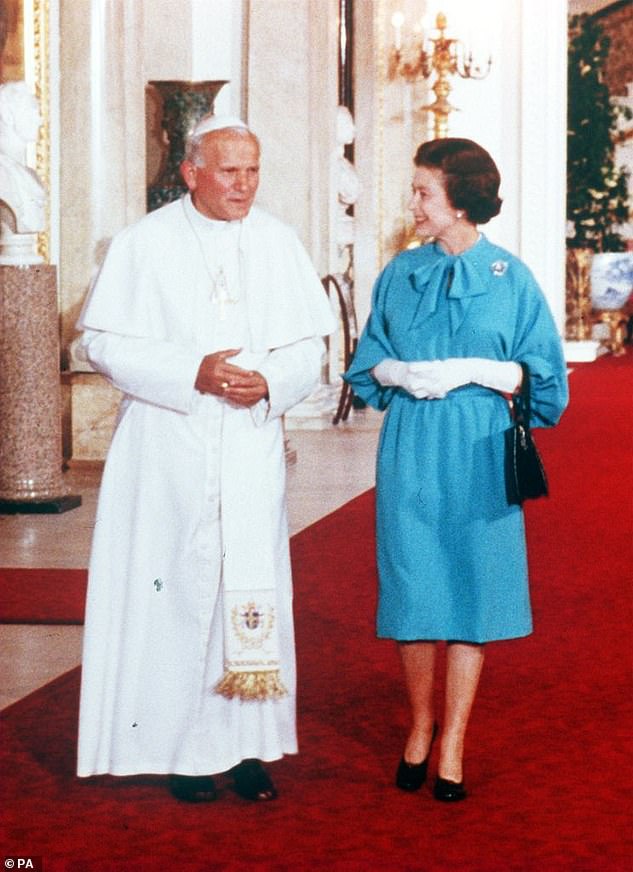 During 70 years of her reign, the Queen’s Christmas Day speeches invoked Biblical references to the story of the birth of Christ, as well as other stories including the Good Samaritan.

When she acceded the throne in 1952 following her father’s death, the then 25-year-old Queen vowed to be guided by her Christian faith throughout her reign and asked her subjects to pray for her ahead of her coronation the following summer.

In her first Christmas Day address to the nation that same year, which was broadcast on the radio, the Monarch said: ‘Pray for me… that God may give me wisdom and strength to carry out the solemn promises I shall be making, and that I may faithfully serve Him and you, all the days of my life.’

In 1989, she referenced the story and used it to ask people to reflect on how they could help their friends and neighbours who ‘need a helping hand’.

She said: ‘It would be splendid to think that in the last years of the twentieth century Christ’s message about loving our neighbours as ourselves might at last be heeded.’

As the world prepared to ring in the new Millennium in the year 2000, the Monarch used her Christmas Day address to honour the birth of Christ once more.

She said: ‘Today we are celebrating the fact that Jesus Christ was born 2,000 years ago; this is the true millennium anniversary.’

The monarch added: ‘For me, the teachings of Christ and my own personal accountability before God provide a framework in which I try to lead my life.

‘I, like so many of you, have drawn great comfort in difficult times from Christ’s words and example.’