Jon claims his estranged children are now “shunning” their two siblings living with him.

Jon Gosselin spoke out about his current strained relationship with his six children that are living with ex Kate Gosselin.

The former reality star revealed he has not spoken to twins Cara and Mady, 20, and 16-year-olds Leah, Alexis, Joel and Aaden for about two years in a clip obtained by E! for Tuesday’s episode of “Dr. Oz” 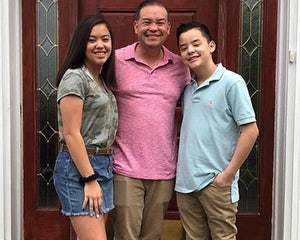 He alleged Kate engaged in “parent alienation” and blamed it for the estrangement, while adding “sibling alienation” to the mix, as the six kids, according to Jon, are “shunning” their sister, Hannah, and brother, Colin, who live with their father.

“And now her house is listed and she didn’t even notify Hannah that she’s moving,” Jon said of Kate’s decision to sell the family’s home, which the parents bought back in 2008. “[Hannah] was super upset. She was pretty much upset that that was her childhood home, her mother was selling it and didn’t even call her up to say, ‘Hey, do you want any of your stuff. Hey, I need to sell this house.’ There is no contact.”

When Dr. Oz suggested it was time for the family to rewrite their story, Jon offered his idea for a solution, which was to have all the kids talk to each other.

“I mean, I’m giving them the outlet of, ‘If you want to talk to the public because you’re public [people], you have every opportunity to do these things,” he said in another clip, according to US Weekly. 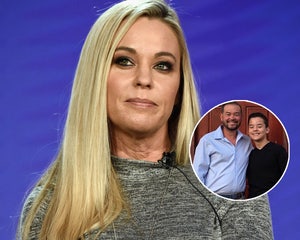 “I have no idea if they’ll reach out in that way,” he continued. “I’ve left that in their court and I’m just focused on the two that are living with me because there’s so much going on with therapies and work and COVID and everything else.”

Meanwhile, the family is still dealing with the fallout from allegations of Jon abusing Colin.

On September 3, Collin wrote in a since-deleted post, “My dad is a liar. Yesterday he beat me up and thought nothing of it, he punched me in the face and gave me a swollen nose and I started bleeding. He then continued to kick me in the ribs after I was on the floor. He is a liar.”

Jon denied the claims, as Pennsylvania Child & Youth Services looked into the case and released a statement saying, “No charges or citations were filed as a result of that incident. We are not investigating at this point.”

At the time, however, Kate told People, “I am done hiding and will say this unequivocally: Jon is a violent and abusive person.”

Jon hit back, saying Kate was “making false accusations about things that never occurred,” according to ET.