dancing with the stars

Melanie C tears up over ‘DWTS’ elimination: ‘I had such high expectations’

JoJo Siwa is leaning on “older sister” Jenna Johnson for support amid her reported split from Kylie Prew.

During a post-show presser for “Dancing With the Stars” Monday night, Siwa spoke about the close bond she’s formed with Johnson over the past few weeks in the competition.

Siwa continued on, telling Page Six and other reporters, “One thing that she’s done for me is made me happy with being me.

“That’s something that my mom actually said to me yesterday. She said, ‘I just love that you have Jenna in your life, as your friend, as your big sister because she just isn’t trying to change you. She just wants you to be you and be happy and be so secure of you.’ It’s something that I’m forever grateful for.” 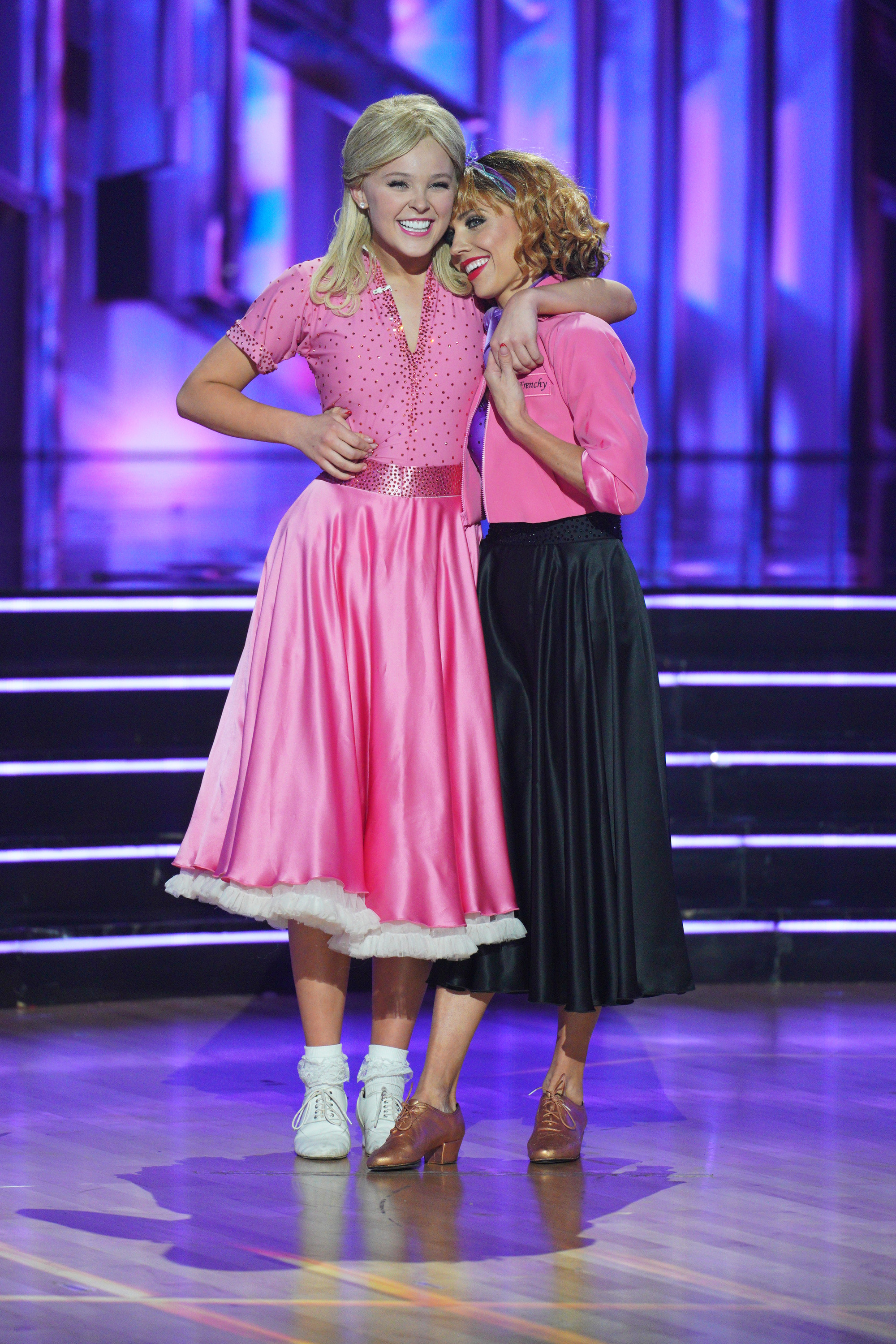 During Monday’s “Horror Night,” Siwa and Johnson performed a jazz routine inspired by the thriller “It.” The routine landed them a perfect score for the second week in a row.

“I’m literally on the moon right now. I’m so happy,” Siwa, who dressed as Pennywise the Dancing Clown, exclaimed, with Johnson adding, “This is a moment I want to remember forever.”

In the pretaped interview package that aired before their dance, fans also saw Siwa’s parents, Tom and Jessalyn, visiting the “DWTS” rehearsal studio and spending more time with Johnson.

“They honestly gave a lot of support, a lot of love, and a lot of encouragement,” Siwa revealed. “It made us do better when they were there.”

Multiple outlets reported last week that Siwa had split from girlfriend Prew after less than a year of dating.

“Kylie stopped attending the show so she hasn’t been seen in the audience since they split,” a source told Us Weekly. “While it’s a rough time for [JoJo], she’s handling ‘DWTS’ very professionally and still putting on a smile and giving 100 percent. She doesn’t want to let down her fans.”

As for Johnson, she exclusively told Page Six last month that Siwa’s “infectious” energy is already rubbing off on her in rehearsals. The two are making history this season as the first same-sex dance couple to compete for the mirrorball trophy – a role Johnson doesn’t take lightly.

“JoJo’s told me that since she was little, she’s just always been really open, to everything,” explained Johnson, who is married to fellow pro dancer Val Chmerkovskiy. “For me, that’s been a big lesson because I think sometimes I can be a little bit judgmental or a little bit hesitant.”

“Dancing With the Stars” airs Mondays at 8 p.m. ET/PT on ABC.