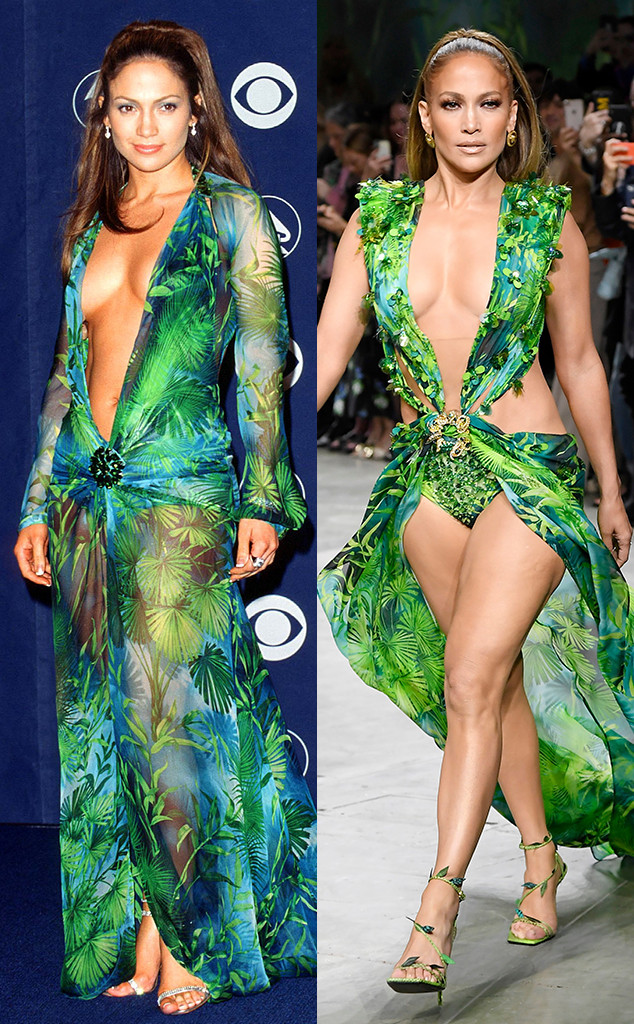 Jennifer Lopez is leaving people speechless with her appearance in the Versace show.

As the star walked out onto the runway, literal shouts filled the auditorium as people caught a glimpse of the Hustlers star in a gown similar to the one she wore to the Grammy Awards in 2000. Suffice to say fashion fanatics are going wild over the viral moment.

It was truly one of the most dramatic moments from Milan Fashion Week so far and it wouldn’t have been possible without the help of Google’s Alexa. At the end of the show, Donatella Versace‘s voice filled the room asking Alexa to show her the green dress from J.Lo’s 2000s Grammy appearance. Then, in a moment that built up anticipation in the best way possible, Donatella asked to see the real thing. That’s when Jennifer sashayed her way onto the runway in a revamped version of the strapping gown.

She rounded out her first-ever runway show by walking hand-in-hand with Donatella Versace and receiving a standing ovation. Iconic!

Photos and videos of the star immediately flooded social media, which created a feeling of FOMO in all the people who couldn’t be there. Jennifer herself shared a video with the caption, “So this just happened… @donatella_versace #jungledress @versace #stillgoingstrong #20yearanniversary #catwalk” 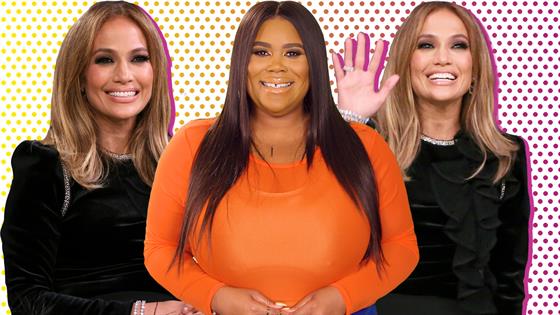 Versace also commemorated the moment with a photo of the star. “For the Spring-Summer 2020 Collection, Versace honors an iconic moment when fashion and culture became a catalyst for technological progress. Passionate for constant innovation, Chief Creative Officer, @donatella_versace uses the latest technology—the Google Assistant—to call for @jlo wearing the Jungle dress on the runway, creating yet another unforgettable, Google-worthy Versace moment. #MFW #VersaceSS20,” their official Instagram shares.

As some J.Lo fans may be aware, the iconic look literally triggered the creation of Google Image Search, hence the brand’s collaboration with Alexa.

It is no wonder the star was this year’s winner of the CFDA’s Fashion Icon award.