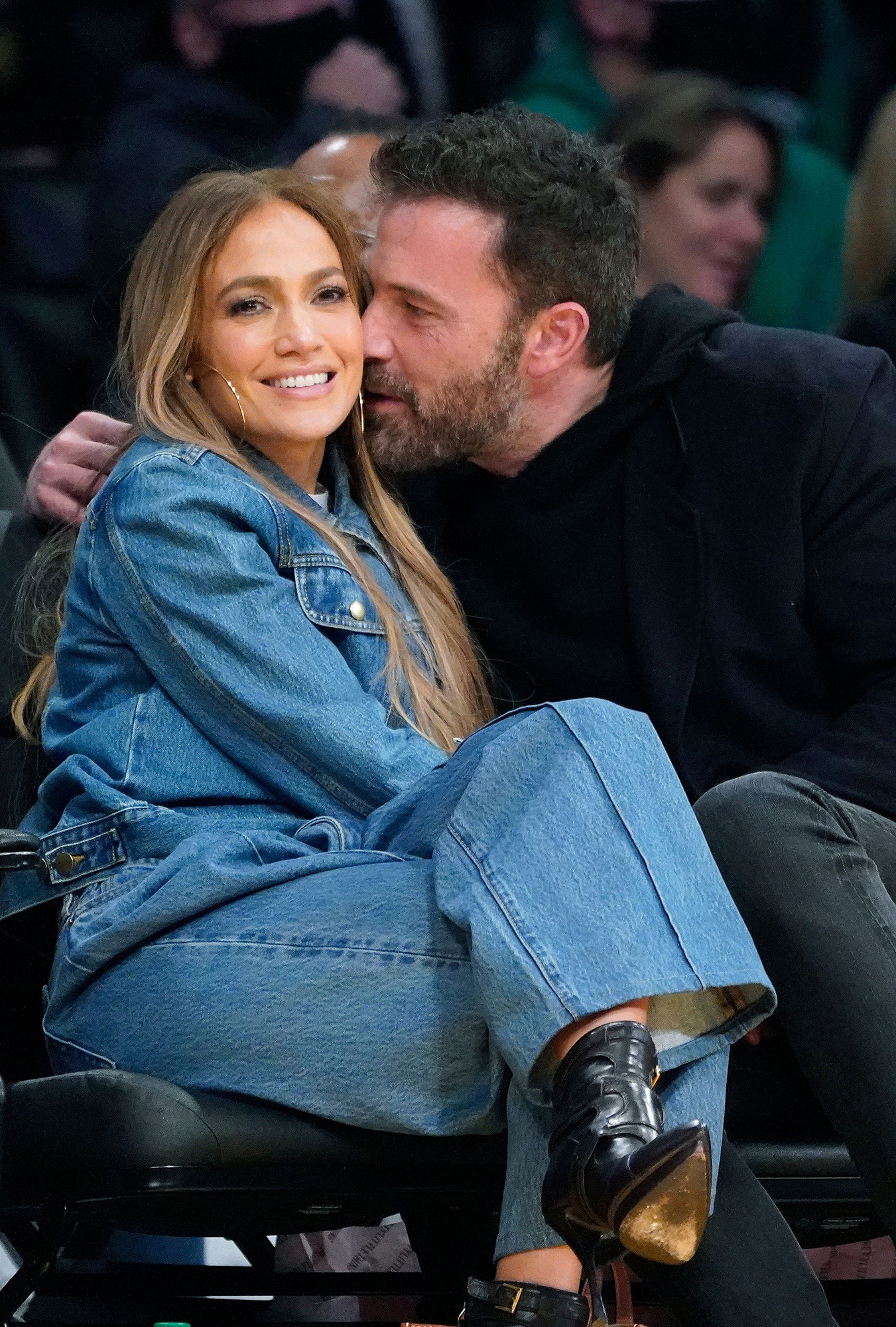 Slam dunk date night. Ben Affleck and Jennifer Lopez aren’t afraid to show off their love — even if it means cuddling up for the Jumbotron.

Everything Ben Affleck and Jennifer Lopez Have Said About Their Relationship

The Hustlers star, 52, and the Oscar winner, 49, attended the Los Angeles Lakers game at the Crypto.com Arena on Tuesday, December 7. Sitting courtside to watch LeBron James and his team take on the Boston Celtics, the duo looked more in love than ever as they snuggled up and shared a few kisses.

At one point, the stadium camera captured the pair as they laughed together. When their faces appeared on the Jumbotron, the crowd cheered.

The “Get Right” songstress and the Argo director have been going strong since rekindling their romance earlier this year after Lopez split from her ex-fiancé Alex Rodriguez. “They’re so in love and it’s only a matter of time before they’re officially engaged,” an insider told Us Weekly of Affleck and the Marry Me star in September. “They are both all in and looking to spend the rest of their lives together. It doesn’t even cross their minds that it might not work out for the long term.”

Though the pair haven’t yet publicly discussed marriage plans, Lopez recently said that she hasn’t ruled out walking down the aisle again. The New York native has been married three times: to Ojani Noa from 1997 to 1998, to Cris Judd from 2001 to 2003 and to Marc Anthony from 2004 to 2014. 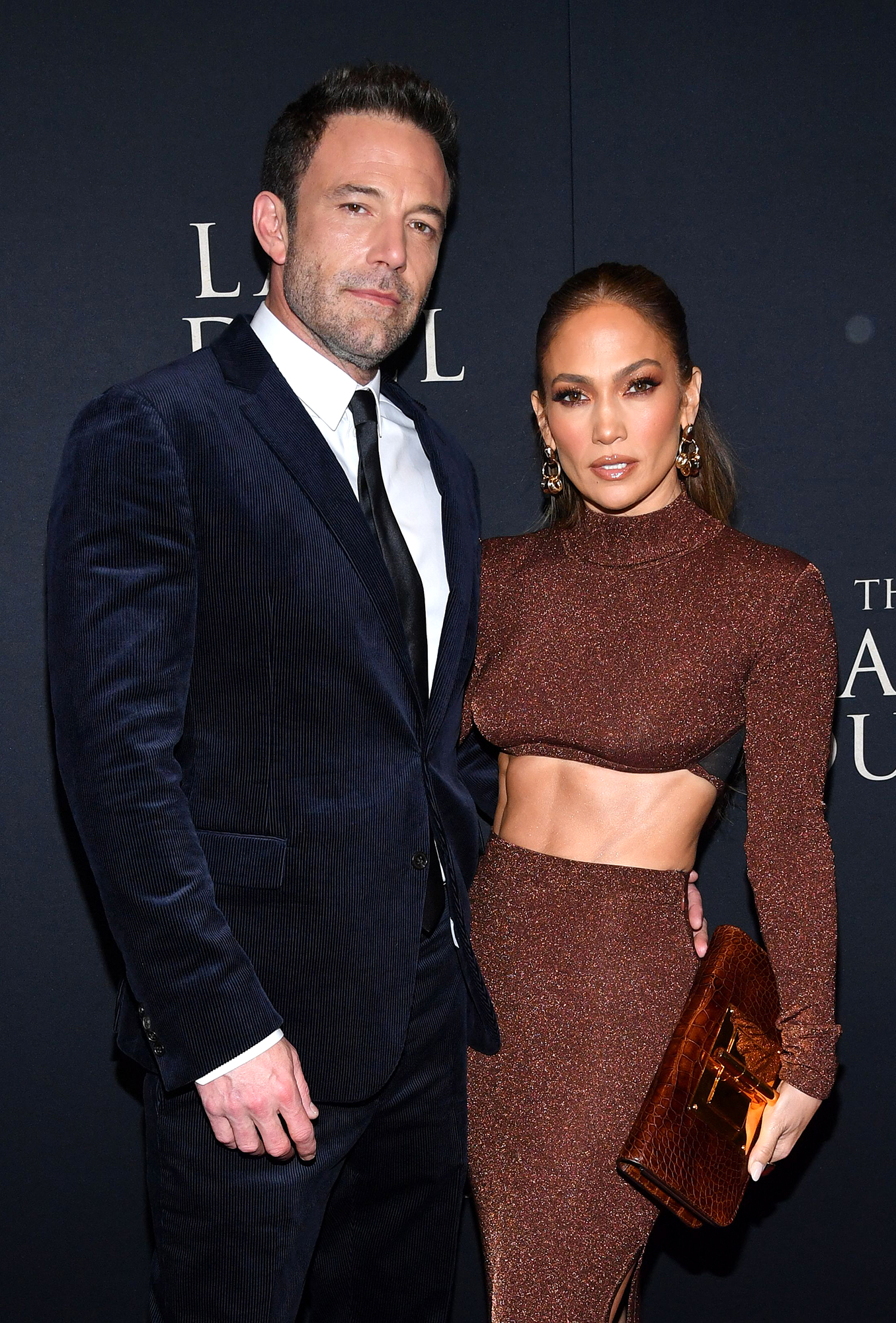 “I don’t know,” the Anaconda star said during a November appearance on the Today show when asked if she’d consider tying the knot a fourth time. “Yeah, I guess. You know me, I’m a romantic, I always have been. … I still believe in happily ever after, for sure, 100 percent.”

Speaking about their relationship earlier this month, Affleck said that he feels grateful for the chance to try again with Lopez. “I am very lucky in my life in that I have benefited from second chances, and I am aware that other people don’t even get first chances,” the Daredevil star told WSJ. Magazine for its January 2022 issue.

As their romance heats up, Lopez and Affleck have also been spending time with each other’s children. The “Waiting for Tonight” singer shares 13-year-old twins Max and Emme with Anthony, 53. The Good Will Hunting star, for his part, shares Violet, 16, Seraphina, 12, and Samuel, 9, with ex-wife Jennifer Garner. The former couple split in 2015 after 10 years of marriage.

Amid his headline-making reunion with Lopez, the Last Duel actor has maintained an amicable coparenting relationship with Garner, 49. In October, the trio spent time together on Halloween after the 13 Going on 30 actress bumped into her ex-husband and his girlfriend while they were trick-or-treating in Malibu.

“All the parents were very civil with each other, everyone was happy that they could bring the kids together because all the kids get along so well with each other,” a source told Us at the time. “Everyone’s focus was on all of the kids having a great holiday.”