Jax also said why he thought the “original” cast was “great.”

Jax Taylor and the “Vanderpump Rules” stars, both former and current, may not be as close as they once were after the huge cast shakeup.

Stassi Schroeder, Kristen Doute, Max Boyens and Brett Caprioni were given the axe in 2020. In December of that year, Jax and his wife Brittany Cartwright announced their departure. The latest season saw the return of only Tom Schwartz, Tom Sandoval, Katie Maloney, Ariana Madix, Scheana Shay, Lala Kent and James Kennedy. 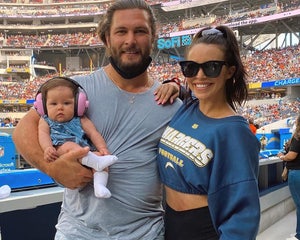 In an exclusive clip of Monday’s “The Doctors” (below), Jax revealed who he still keeps in contact with from the Bravo hit, claiming a lot of it has to do with their new parent status.

“I try to keep in touch with Randall [Emmett] and Lala with Tom and Katie,” Jax explained. Beau [Clark] and Stassi I’m very close with. All of us — the ones that have kids. And those are the kind of people I’m with a lot now — other parents.”

“We all have a lot in common. We’re all raising our children together,” Jax continued. “All our kids are months apart. That’s my main priority right now. And we’re just having a lot of fun doing it. A lot of fun raising our kids together.”

Jax went on to say that the original cast of “Vanderpump Rules” was “great” because they were “all friends prior to the show.”

Catch the rest of Jax’s interview — and watch him undergo a Botox treatment — on “The Doctors” on Monday, October 18th.