Kaia Gerber has a peculiar way of putting on perfume

It was her breast birthday yet.

Jacob Elordi was seen grabbing girlfriend Kaia Gerber’s chest while celebrating her 20th birthday in a new photo posted to her Instagram on Thursday.

In a series of images shared by the model, the “Kissing Booth” actor, 24, palmed Gerber’s breasts as she clutched onto his hands. They both had huge smiles on their faces as they posed for the pic.

The model also shared a photo of Elordi resting his cheek on her shoulder as they sat at a table.

Gerber — the daughter of Cindy Crawford and Rande Gerber — rocked a sparkling silver gown for the occasion while the “Euphoria” star dressed down in a black button-down T-shirt.

Several friends of the couple commented on the post to gush over the couple.

Paris Jackson, Karlie Kloss, and Derek Blasberg also shared in on the love with some heart emojis. 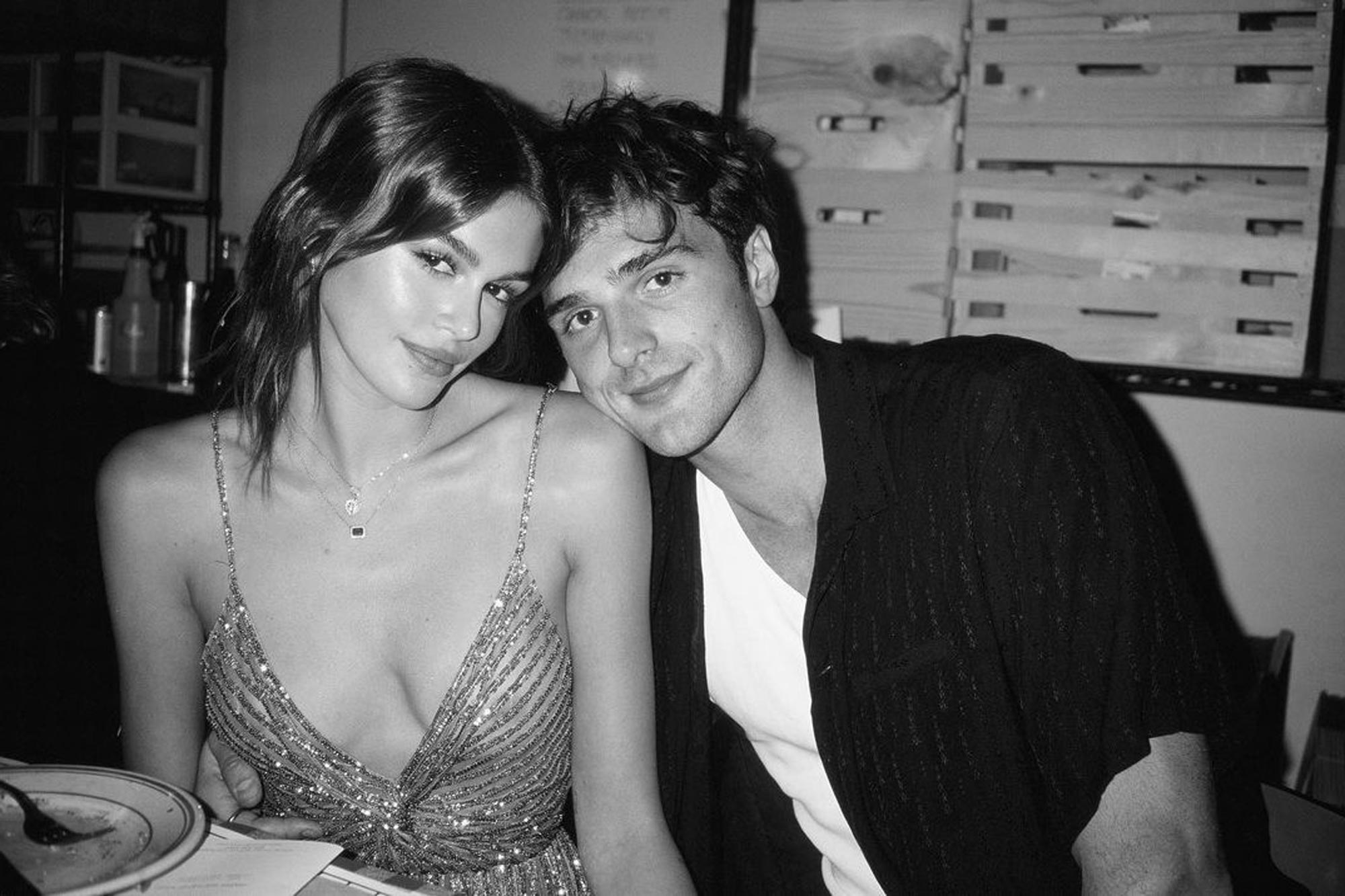 Gerber, who officially turned 20 on Sept. 3., posted other photos from her birthday party, as well, including an image of herself dancing with a pal in a room filled with balloons, another with her friend in a bathtub and a snap of “13 Reasons Why” actor Dylan Minnette presenting her with a cake.

Elordi and Gerber have been linked as a couple since September 2020 following his split from Zendaya. They further fueled dating rumors when they were spotted out on a date in NYC and when he joined Gerber on her family vacation in Mexico that same month.

The pair took their relationship public with a Halloween couples costume in November that year.

Prior to her relationship with Elordi, Gerber previously dated Pete Davidson and model Wellington Grant. Elordi, meanwhile, dated “Kissing Booth” co-star Joey King for about a year before their 2018 breakup.