Inside Queen Elizabeth’s Relationship With The Reagans 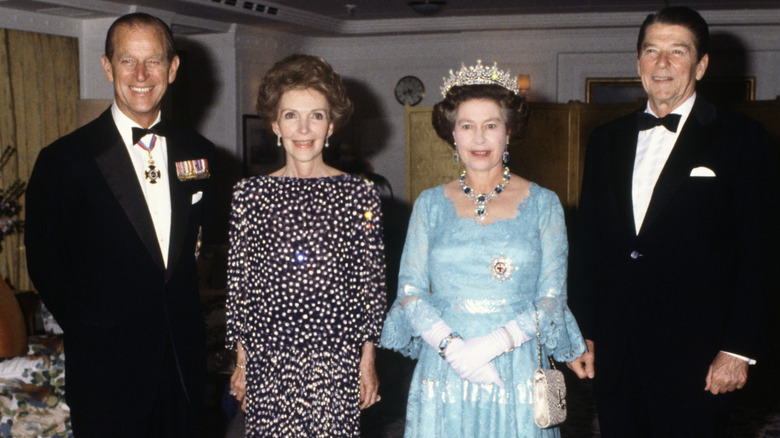 Whether you’re an avid binger of “The Crown” or a bonafide British history buff, you probably remember the dramatic evening John and Jackie Kennedy spent in Buckingham Palace. After viewing the episode in which this event took place, curious fans were quick to fact-check every twist and turn. According to Vanity Fair, the passive-aggressive hostility that night largely checks out. JFK reportedly told writer Gore Vidal that he thought the queen “resented” him. He also noted how “one felt absolutely no relationship between them.”

Nearly 30 years after this disastrous dinner party, Queen Elizabeth met another U.S. president and first lady: Ronald and Nancy Reagan. This time, the evening sparked a long-lasting bond, one cataloged in a new book by former White House aide, Mark Weinberg (via People). As it turns out, Her Majesty and the former White House residents took a strong liking to one another, frequently paying each other visits and sharing endless laughs over cocktails. Here are all the unearthed details about Queen Elizabeth’s relationship with the Reagans.

Both of the Reagans shared memorable evenings with the queen 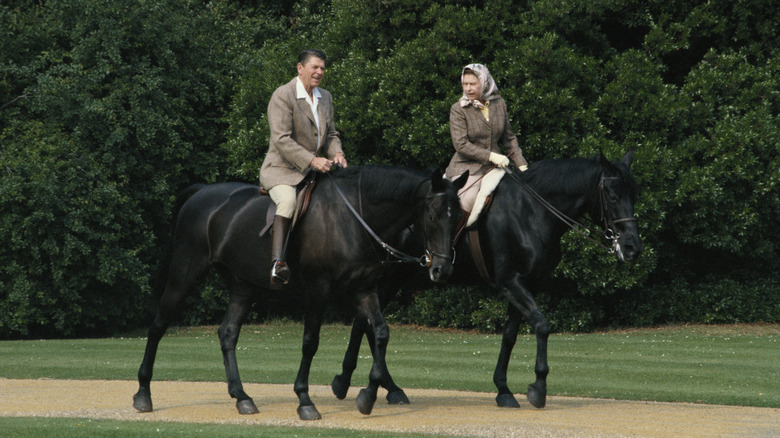 In his book “Movie Nights with the Reagans,” former staffer Mark Weinberg claims that the friendship between the queen and the Reagans began with mutual admiration. “The president admired [Queen Elizabeth’s] lifetime of service to her country and her sensible, unpretentious style when they were together,” he writes. But the duo had good old-fashioned fun together, too. According to Weinberg, riding horses with the queen at Windsor Castle stood out to Reagan as “one of his fondest memories of his time as president.”

On another occasion, Queen Elizabeth and Prince Philip arrived at the Reagan’s Santa Barbara ranch to a massive storm, which complicated their plans for the trip. Weinberg recalls that while the Duke of Edinburgh showed his temperamental side, the queen “was not bothered one bit.” In 1983, the first lady made the last-minute decision to jet up from LA to the Bay area to dine with the monarch. Speaking about the events of the evening for United Press International, Joan Goulding said, “Before the meal was served, the queen enjoyed a Tanqueray martini, while Mrs. Reagan sipped vodka and orange juice.” The news piece also included a quote from a bartender, who said “The queen was laughing a lot. … A Secret Service man said it was the first time he had seen her smile.”

The bond between families crossed generations 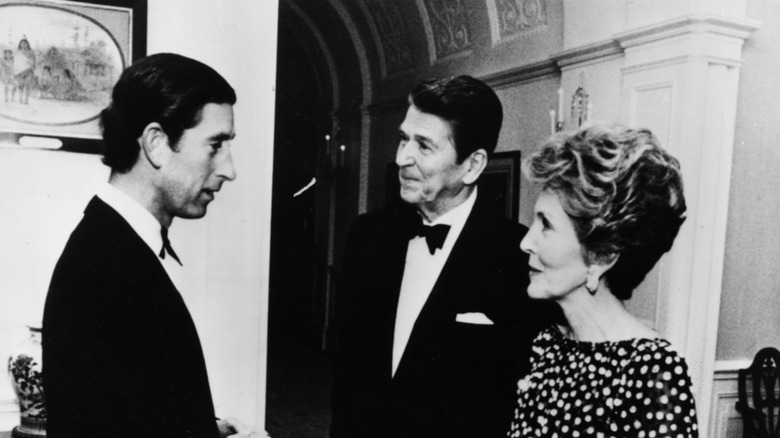 In his book, Weinberg recalls joining the Reagans on a trip to Kensington Palace. As the entourage exited the grounds, they saw the two young and pajama-clad princes watching them from an upstairs window. Years later, Prince Charles ventured over to the White House on his own. After his second trip, in 1985, Prince Charles gained an unlikely pen pal: One Nancy Reagan. According to People, one of the prince’s missives contained details of his calamitous marriage to Princess Diana. “One day I will tell you the whole story,” Prince Charles scrawled in a letter dated June 21, 1992. “It is a kind of Greek tragedy and would certainly make a very good play!”

When President Reagan died in 2004, the prince personally handed Mrs. Reagan a handwritten letter of sympathy from the queen. To Weinberg, it was “another exampled of the extraordinary relationship between the Reagans and the Windsors.” Prince Charles and Mrs. Reagan remained close until her death in 2016.