I’m a millionaire who swapped lives with a broke dad for a TV show – then I gave him a job and now pay him £50,000 a year

A self-made millionaire who appeared on Channel 5’s Rich house, Poor House in 2019 has revealed he’s now hired the broke dad he swapped lives with, and pays him £50,000 a year.

Former soldier Steven Green, from Yorkshire, who heads a £6million property empire, first met roofer Ben Gowland-Jeffries when their respective families swapped lives for a week on the programme.

At the time, Ben and his wife Demi, from County Durham, has £57 a week to live on and feed their daughter Lillie, while Steve and his wife Gemma had £1,600 a week after bills.

But the skint family’s life changed thanks to Steve, who offered Ben £30,000 in training on the show, and eventually offered him a job paying £50,000a year, The Sun reported. 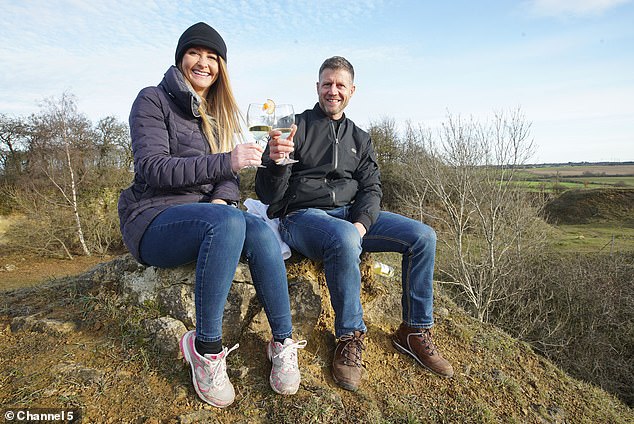 Steven Green, from Yorkshire, who heads a £6million property empire, first met roofer Ben Gowland-Jeffries when their respective families swapped lives for a week on the Channel 5 programme. Pictured on the show with his wife, Gemma

The two families hit it off when they met on the show, and kept in touch.

‘We offered Ben a position with us job as a sales and marketing executive in our professional training business, so he’s part of our team,’ former soldier Steve explained.

‘He’s bought a new motorbike and is doing his driving lessons at the minute, Demi’s set up her own beauty business and they’ve actually moved into a bigger house and have now got another child.’ 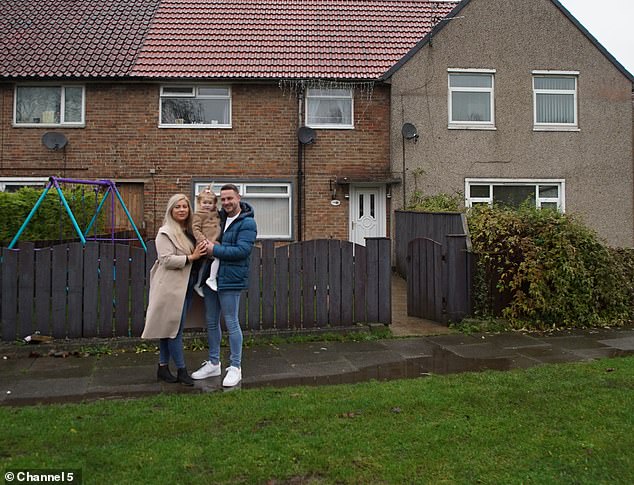 Roofer Ben Gowland-Jeffries, his partner Demi and their daughter Lillie move into their newly-renovated five-bedroom home in Redcar, North Yorkshire (pictured in front of their home in County Durham) 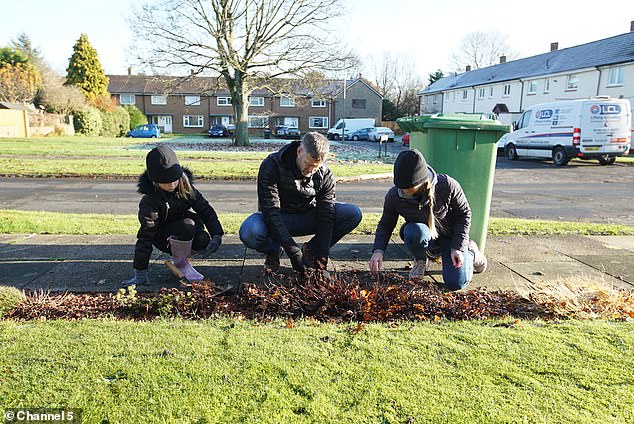 After splashing almost their whole weekly budget on one shop during the show, the couple took their daughter out with them to pick up odd jobs in the neighbourhood, and managed to get paid for doing some gardening 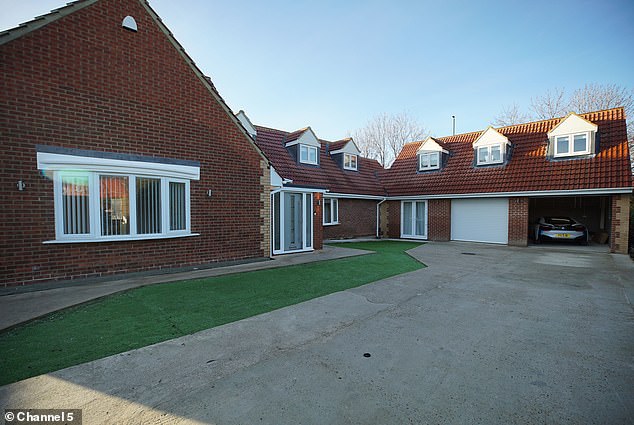 Steve and Gemma have build up a  £6million property portfolio. Pictured is their newly-renovated home in Redcar

These new earnings are a world away from what Ben was making on his zero-hours contract as a roofer.

During their time on the show, Ben explained explained that his job was weather-dependent and his earnings were very unpredictable, varying from £300 a week to just £30 if rain cancelled a job.

Demi had given up work when Lillie was born, because the couple couldn’t afford the cost of childcare.

While he is living the millionaire lifestyle now, Steve, who said he came from a broken home, knows what it’s like to struggle financially, and credited a lucky turn in 2001 for his success.

Steve explained he was raised in a council house and worked as a joiner before signing up to the army.

After serving in Iraq, he left and was diagnosed with post traumatic stress disorder, which left him in a downward spiral.

‘I knew we were in a war zone, it was such a difficult time for me. I started to drink, I was going out a lot more, I started fighting,’ he said on the show.

‘It was hard I could just see him on self destruct’ Gemma added.

But the couple didn’t let that stop them from building their empire and in 2001 bought their first property for £35,000.

During his time in the Army, Steve had attended a coaching workshop which gave him the drive to  pursue his business idea and set up his property company

From there, they built it up and managed a portfolio of £6 million and had nine companies at the time of the show, as well as their own coaching business.

The doting dad said he decided to go on the show for his daughter Sadie, to teach her to appreciate money. 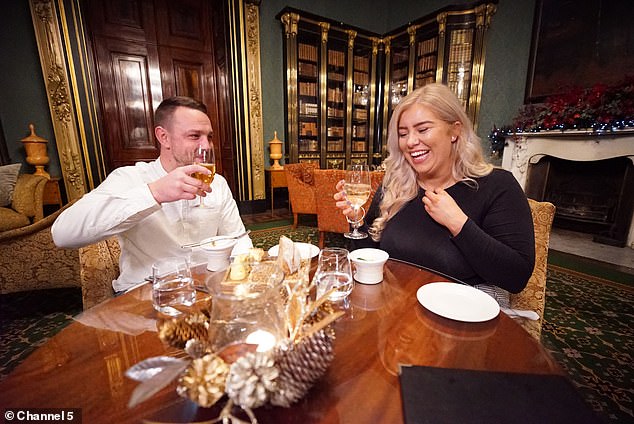 Demi and Ben splashed half their usual weekly budget on a takeaway and later tried oysters for the first time while on a date night at an upmarket restaurant, while Lillie stayed at home with a babysitter (pictured at the restaurant)

The entrepreneur admitted the show taught him more than he had expected and really showed him what Ben and Demi were going through.

He said he was deeply shocked to hear during filming that Ben had to survive on one meal a day to make ends meet, and added it reminded him of the hard times he went through himself.

Steve felt a kinship with Ben and Demi, which motivated him to offer them £30,000 in training to help them achieve their goals.

He and his wife Gemma also turned their attention to charity work after their time on the show, and they are now running a mental health charity.

They have also been offering free-of-charge coaching sessions to schools in order to help children become high achievers.

The couple have also been working on their business endeavours, and are about to launch a clothing line together.

The feat was immortalised in the Guinness World Record, with Steve competing in spite of having torn the ligaments in one of his feet.