‘I was too scared’: Why Meg Mac ran away from a whole album 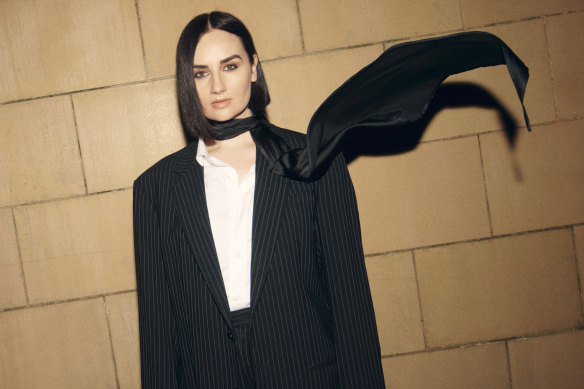 After a “meltdown” over her second album, Meg Mac is back.Credit:Isaac Brown

Nearly two years ago, Meg Mac disappeared. She was two weeks from releasing the lead single on her new album when she said, “No.” To the single, the album and all the work that had gone into it.

Something didn’t feel right. It hadn’t for a long time but Mac hadn’t been listening to herself.

“I had a meltdown,” she says. For someone with such a powerful voice, Mac is softly spoken in person. It’s a voice that often gets her labelled a diva (woman + big voice + big personality = diva, so the equation goes) but Mac is different. She’s early, for starters. And it’s 11am. On a Tuesday. And she’s sipping hot chocolate. With oat milk. Oat milk. Very un-diva-like.

What can’t be denied, though, is Mac’s voice. Forceful and soulful at once, it swoops and soars, and puts you back in your seat. She’s been compared to Adele (hence the diva tag) and consistently named an artist to watch since 2013, when her song Known Better launched her on Triple J and she was named the radio station’s 2014 Unearthed Artist. 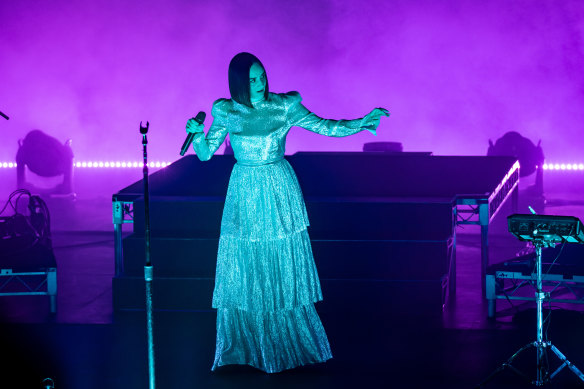 Mac closed this year’s Vivid Festival with a performance at the Sydney Opera House in June.Credit:Daniel Boud

Her EP MEGMAC followed and at the 2015 ARIA awards she was nominated for best female artist and breakthrough artist. Then, in 2017, her debut album Low Blows landed at No.2 on release. Touring brought her sold-out shows and a loyal following. The reviews gushed.

It all felt right. Mac, whose full name offstage is Megan McInerney, had been singing since she was little, encouraged by her Irish mum who would teach Mac to spell her last name through song or make up silly songs about parking the car.

“It’s weird, when I think back, that the first thing I did just worked,” says Mac, who is now 32. “I didn’t know what I was doing. I didn’t understand what I was doing. So, I’d feel like, ‘Did I just get lucky?’

“It was literally the first song I’d ever recorded and that got me to where I was going. So, I never learnt how to do it. I thought, ‘Oh, that’s just how it goes.’ That’s how it goes forever.”

So Mac was set. She knew how to do this. On to the second album she would go. Or so she thought.

“The first song was about to come out,” she recalls. “We’d done the music video, the photo shoot and the press release – everything was ready to go. And then I just couldn’t do it.

“It was something that I think I knew for ages but I was too scared and I just let it go on and on. And then it almost felt like it was too late to do it. And that’s when I said, ‘I actually can’t.’ I didn’t say, ‘Chuck it in the bin,’ I just needed a break. I knew that I wasn’t going to put it out but I didn’t have the guts to say that.”

The problem was that the songs sounded too polished. They didn’t sound like her. “I didn’t put myself 100 per cent in it,” she says. The other big clue was that she preferred listening to the early versions of the songs that she kept stored as voice memos on her phone.

“Demo-itis,” says Mac, laughing. “That’s what people call it. The memos just had this raw energy and I would prefer to listen to that than I would the album’s recorded version. Somewhere along the way, during all the reworking, the songs just lost that light feeling.”

So she ran away at the beginning of 2020. Rented a cottage in Burrawang, in the Southern Highlands, with her boyfriend. She adopted two cats, Nina and Billie, and started making sourdough with a starter called Jerry. So far, so pandemic normal.

What wasn’t normal, though, was that Mac had no idea how to start writing again. She’d walked away from her album with no plan and no new songs. Even finding out that it was quite normal for an artist to quit a whole album – everyone from Prince to MC Hammer has done it – didn’t help.

“My life just went upside-down,” she says. “And then I was like, ‘I have to actually prove that I’ve made the right decision.’ I had to process that and work really hard and start again. I had to get in the groove.”

Except nothing was working. Then her friend Peter came up with an idea: what if they challenged each other to a songwriting competition each day?

“He would ring me at the start of the day and we’d make up a rule,” says Mac. “And then at 5pm we had to send each other our ideas.”

The first challenge didn’t go anywhere but the second – in which the rule was the song needed a vocal introduction – clicked and Is It Worth Being Sad was born.

“As soon as I sang, ‘Tell me is it worth being sad about’, I was like, ‘Ohh,’ ” she says, taking in a breath. “Something just changed. My brain was like, ’I can do this. I felt like I was just writing before and not getting anywhere. And then this sounded like I had a new energy or something.”

It also snapped Mac out of the panic that was still swirling around the old album. “I was always caught up in the drama,” she says. “I couldn’t get anywhere. And then as soon as I was like, ‘Oh, was it worth being sad about?’ I was like, ‘No.’ It set me free.

“You can get caught in that loop – What went wrong? Why did I do this? Why didn’t I say that? I was so angry at myself and sad.”

What the drama did do, though, was teach Mac to listen to her gut. And that it was OK to say no. Matter of Time – the album was named after one of the two songs that still made the cut from the original second album – feels cinematic in scope, with moody visuals to match. It has the rawness Mac went searching for and the depth of feeling to match.

“It’s a long process for something that goes for three minutes,” says Mac of songwriting. “And then someone will just press skip on it.” She laughs, miming devastation. “And you’re like, ‘Oh, what I’ve been through.’ ”

Now with the new album days away from release – she definitely can’t back out of this one – Mac is looking forward to getting back on stage. She’s played a few shows this year, with critics all agreeing her voice sounds stronger than ever but a longer tour is in the works.

“I just love singing,” she says. “I don’t want to sound like anyone else. Even when I was a little kid, the first song I learnt was Castle on a Cloud from Les Miserables, and even then, I was like, ‘Nah’. I always want to just belt stuff out. It just feels so good.”

For those sitting at the table who can’t sing (OK, me), what does it feel like to belt it out?

“I guess it’s like an adrenaline rush,” she says, laughing. “Like exhilarating. And you get this momentum and it feels good. Really good.”