MUM-OF-ONE Sara Shepherd was sick of never having any money left over at the end of the month.

It prompted the 54-year-old charity worker to sell her £300,000 three-bedroom semi-detached new-build house in Littlehampton and buy a waterboat. 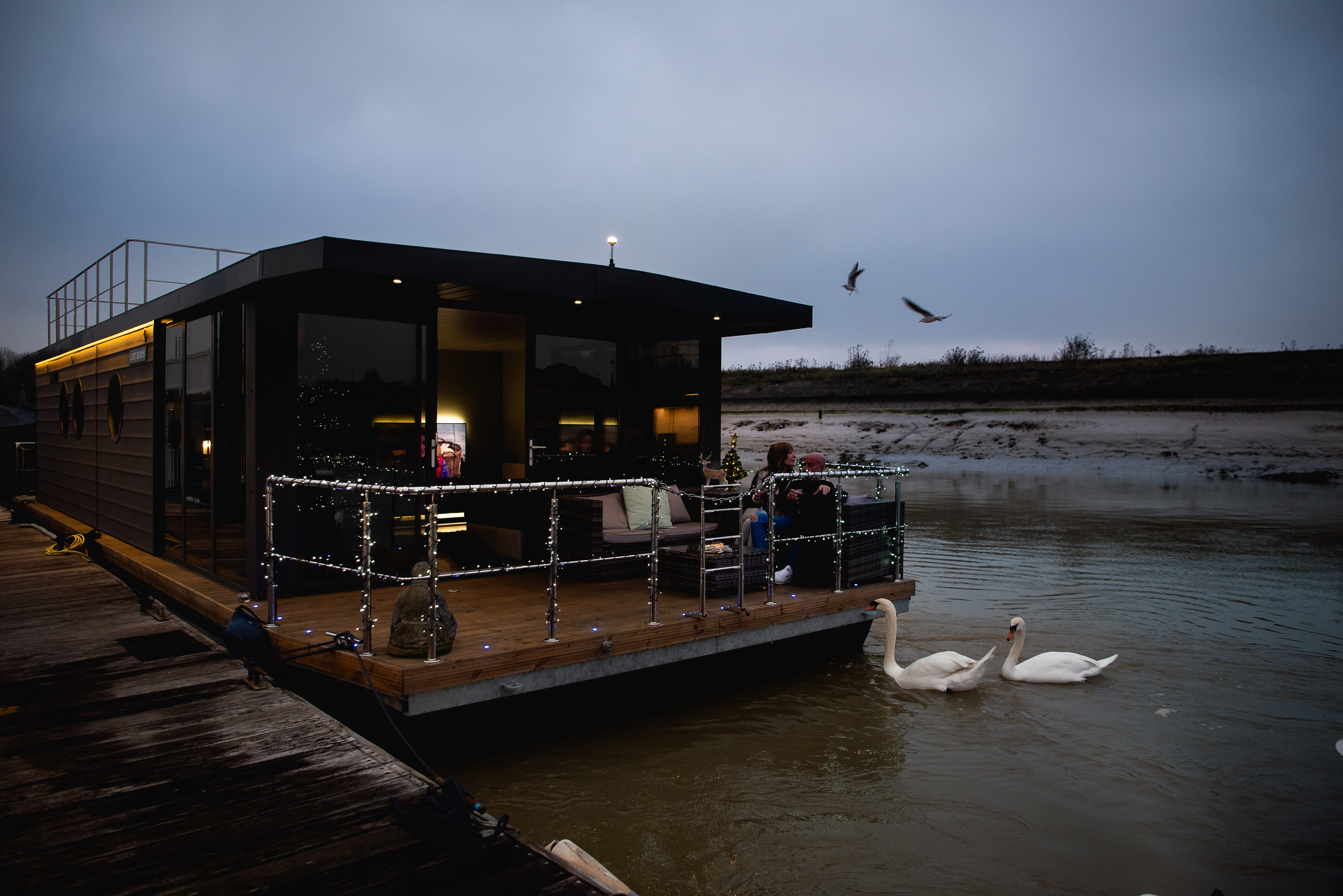 "I just had a moment," Sara told The Sun. "I just saw the show home boat and something about it just captured my imagination.

“I could see myself on it. I could see us on it. And when I did the maths I realised I could be much better off too. It was amazing." 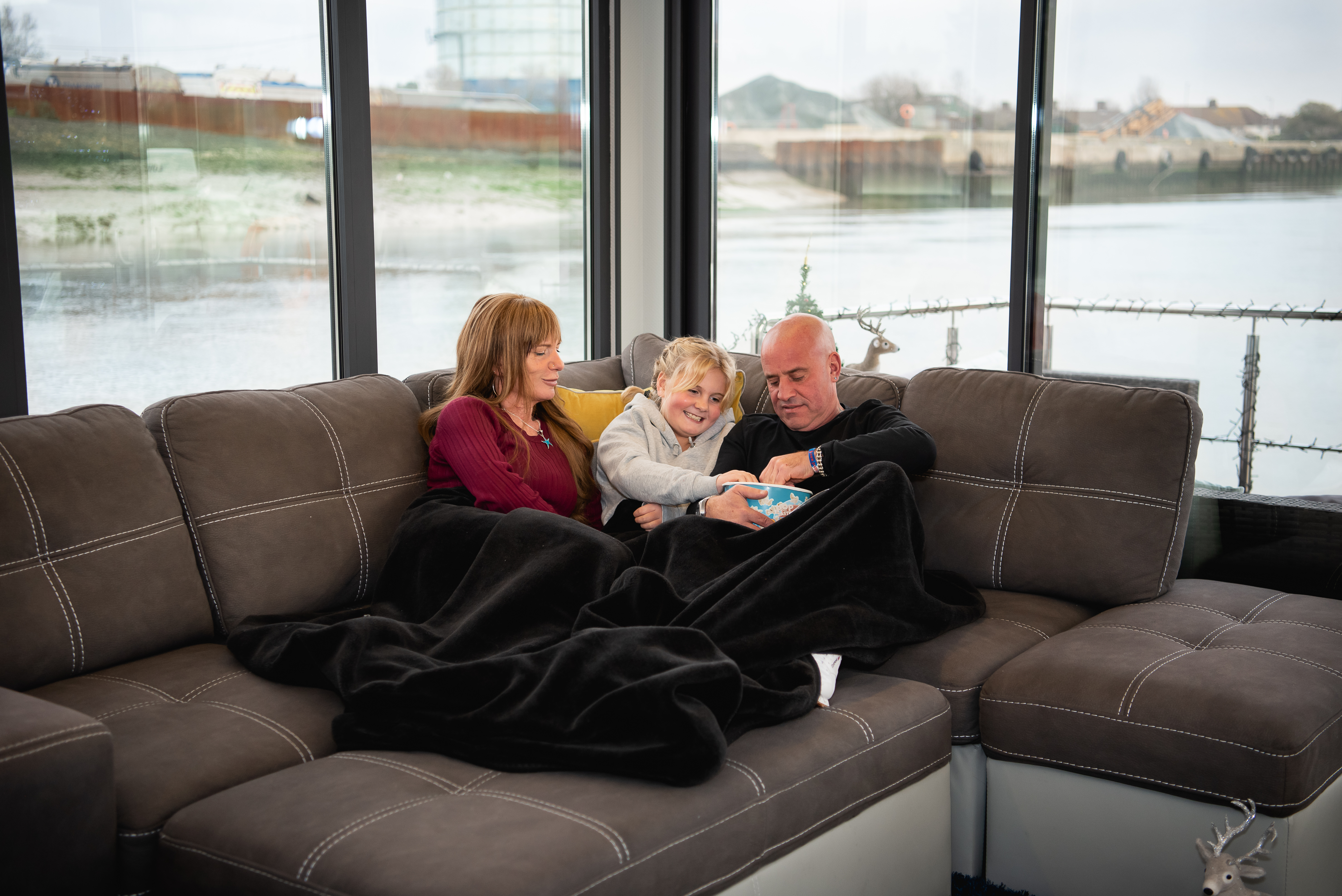 SARA used to live in what she calls a “boring

She sold the house for £300,000 and paid off her mortgage completely, using the equity in the property to buy her £150,000 house on water outright.

Now instead of that mortgage payment she just has to pay mooring fees for her berth in the marina, of £450 a month.

Because her new home is better insulated, her council tax lower and the marina cover some of her running costs, she estimates her other bills are costing her around £50 less each month too.

So her net save by upgrading is around £350 every month.

Within 48 hours of first having her watery epiphany, she had signed on the dotted line to buy her new home.

It will be permanently moored in Littlehampton Marina.

Sara must have seemed an unlikely candidate to purchase a lodge on water.

Though she'd lived in seaside towns most of her adult life, she couldn't swim, was actively frightened of water and as a result was scared of going on boats. 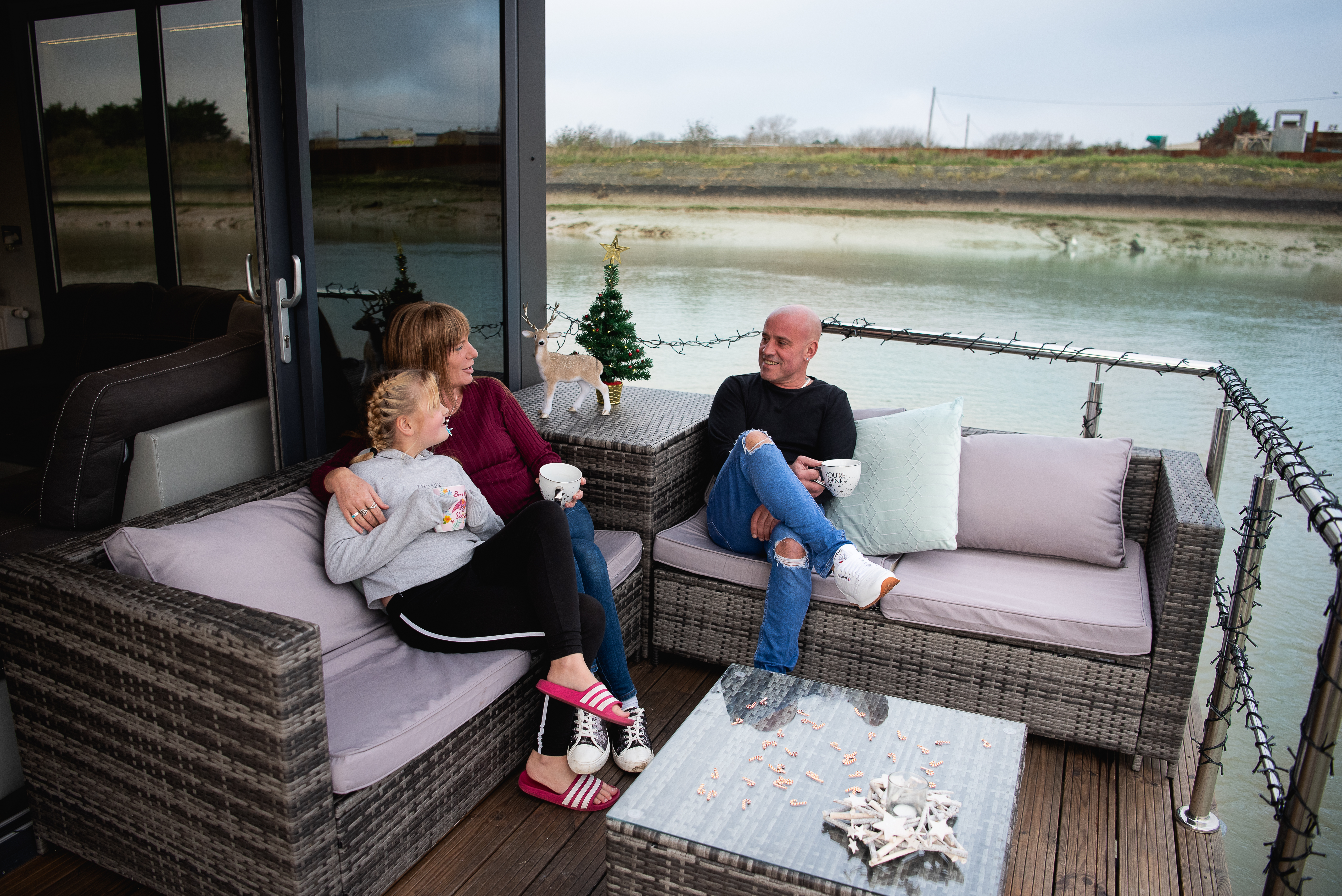 So it wasn't just her friends who were surprised when she suddenly decided to buy a floating home – she actually surprised herself.

"I just fell in love with it. And I knew I had to have it," said Sarah, who works for mental health charity Mind.

"I made the decision and chose all the specifications and fittings in an hour and a half, I felt very decisive."

Her impulse to buy a Waterlodge was aided by the fact she was already selling her home, originally intending to buy property abroad – only to see that idea scuppered by Covid.

Now she is thankful that, for her family at least, global events unfolded as they did.

She said: "It changed everything and suddenly buying a new lifestyle home here made complete sense."

But the speed with which her decision was made still left her with a problem: how to explain her decision to her partner, Martin, 49, and her daughter Lexie, 10.

"Who knew – it turns out I love living on water, " said Sarah from her new home.

"Lexie and Martin do too. It's just very relaxing. The living space is very open so you feel you can breathe and the amount of glass in the design means you are really aware of your environment.

“There's a real sense of community in the arena, people looking out for eadh other and socialising.

"But best of all, you feel like you're in nature not just looking at it.

"We have a family of swans who are always around, they're like our pets. Or a cormorant will be sitting on our railing or you'll be watching TV and behind the screen you'll notice a fish jumping."

Sara's not the only one to ditch bricks and mortar for water.

First-time buyer George Martell, 30, purchased a place of his own for £37,000 without even taking out a mortgage – a house boat.

And Mike Hudson spent £5,500 buying and doing up a van to live in after he was sick of paying rent.