I made banana bread using the Queen and Meghan Markle’s recipes, and the duchess’ version with chocolate and ginger was far superior 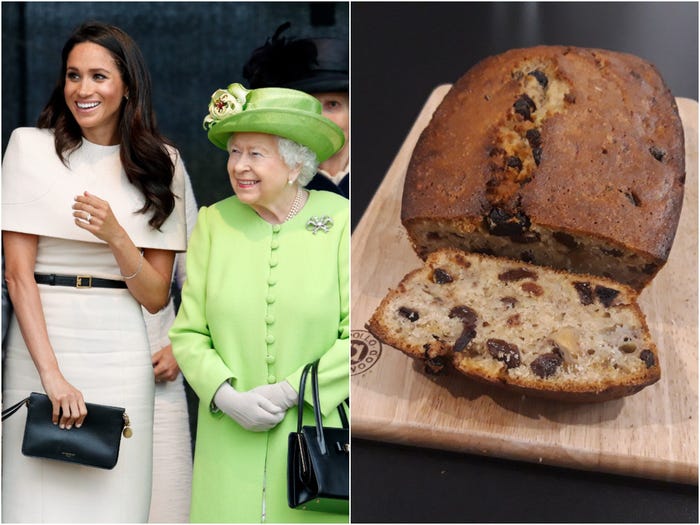 The Queen's former chef Darren McGrady shared the recipe for Her Majesty's banana bread recipe back in October.

The recipe, featuring cherries, walnuts, and raisins instantly struck me as unusual, as these ingredients are what you would usually find in a traditional fruit cake rather than banana bread.

But then, the royals are known for doing things differently when it comes to food. I remembered reading about the Duchess of Sussex's banana bread recipe, which she served at a royal engagement during her tour of Australia in 2018.

Her secret ingredients included chocolate chips and ginger, according to a royal correspondent who was at the event.

The Queen and Markle's recipes seemed completely different, so I decided to make them both and compare. 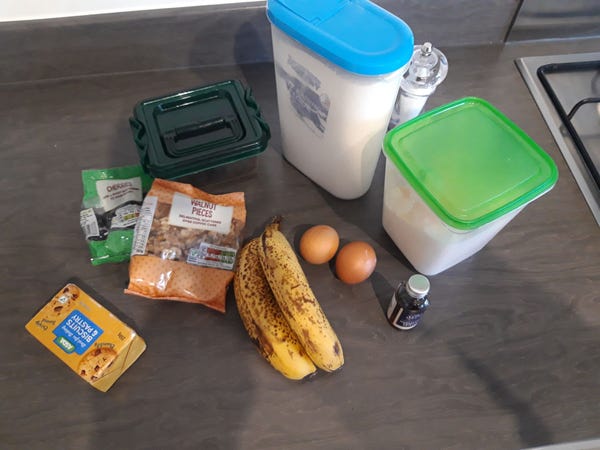 McGrady, who was as a chef at Buckingham Palace for 11 years, told me that banana bread was a go-to for many of the royals when he worked there.

"At the palace, we'd have banana bread in the refrigerator all the time," he said. "So if suddenly Princess Anne turned up and wanted afternoon tea just as we were locking up the kitchen and going for a break, it was okay because we had banana bread."

You can find the full recipe and instructions here.

I rubbed the butter, flour, and salt together before adding in the sugar, walnuts, raisins, and cherries. 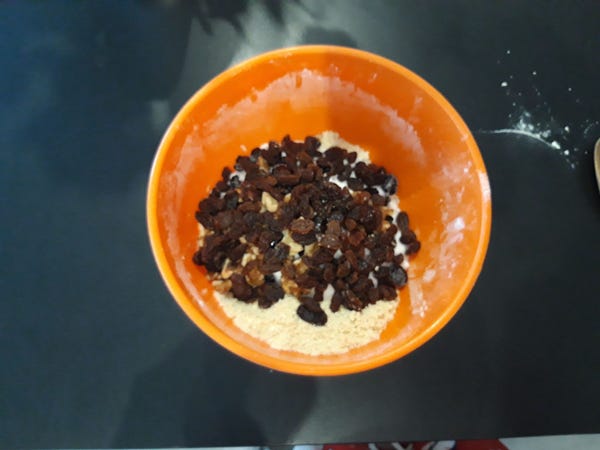 I actually ended up going back to double-check the recipe to see if I had the correct quantities (I did). In my opinion, the amount of raisins and cherries was a little overwhelming.

The recipe instructs you to use 1 pound of mashed bananas. I ended up using three bananas, which was just slightly less than that measurement. 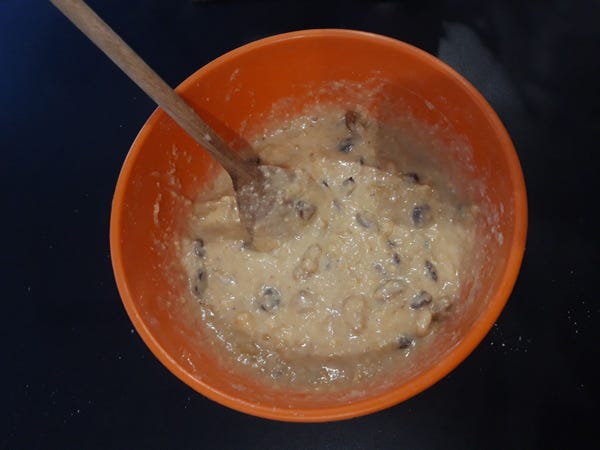 I made a well and cracked the eggs into the center, before mashing up three bananas and adding those in with the vanilla paste.

The final step was to pour the mixture into a loaf container and place it in the oven. 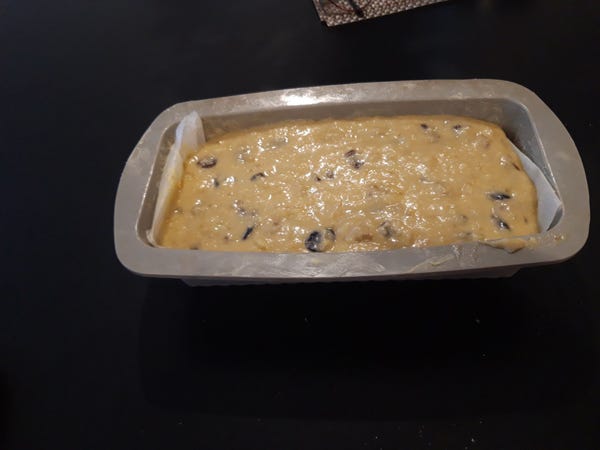 Seeing all the ingredients together made the amount of cherries and raisins seem slightly less overwhelming than they had been before.

While the recipe says to bake the banana bread for 45 minutes, mine wasn't ready until it had been in the oven for an hour. 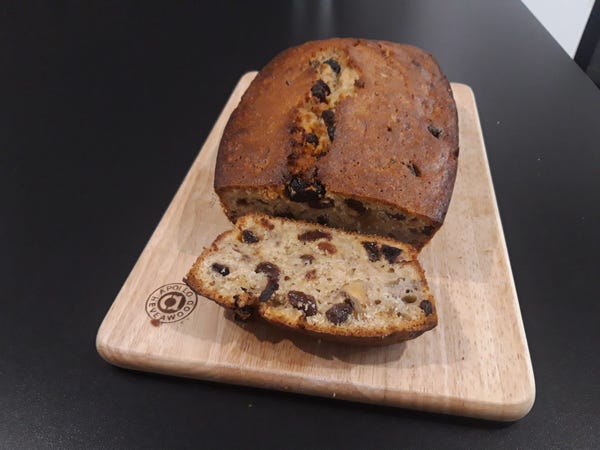 The banana bread was finally ready after leaving it to bake in a pre-heated oven at 350 degrees Fahrenheit for one hour.

Overall, I was happy with how easy the recipe was to bring to life. McGrady's instructions were clear and concise.

I was surprised at what a nice addition the walnuts and raisins made to the cake, but I think the recipe would have been better without the cherries.

They had such a strong flavor that it took away from the banana, and became slightly overpowering.

Don't get me wrong, it was delicious — but I don't think it should be advertised as a banana bread when it tasted more like a fruit cake. 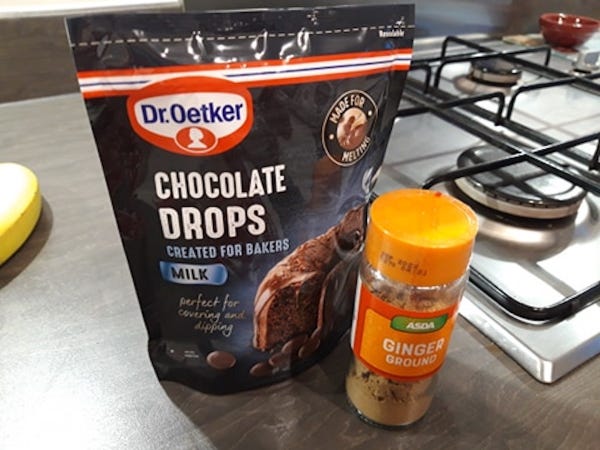 Markle has never released her full recipe, however, I found an interpretation of it on the website New Idea.

You can find the full recipe that I used here.

I started by mixing together the dry ingredients, and then added the butter, eggs, vanilla extract, and sour cream. 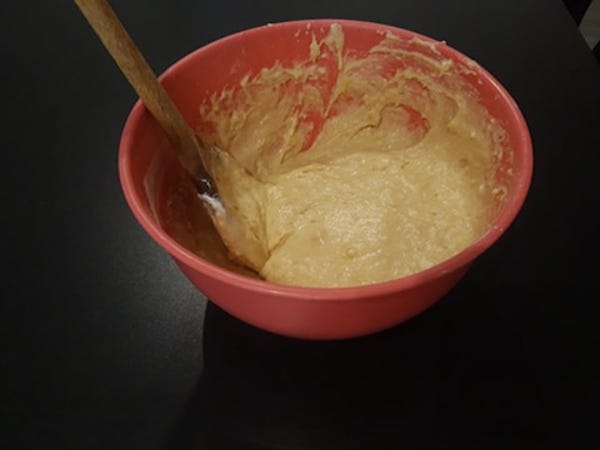 The instructions were pretty straightforward, so it only took a couple of minutes to complete the first step after weighing out the ingredients. I was surprised by how light and fluffy the texture ended up being, which was likely thanks to the sour cream.

The recipe then instructs you to add one cup of mashed bananas. I used two bananas, so that's one less than the Queen's recipe required.

Then it was time to add the chocolate chips and ginger. 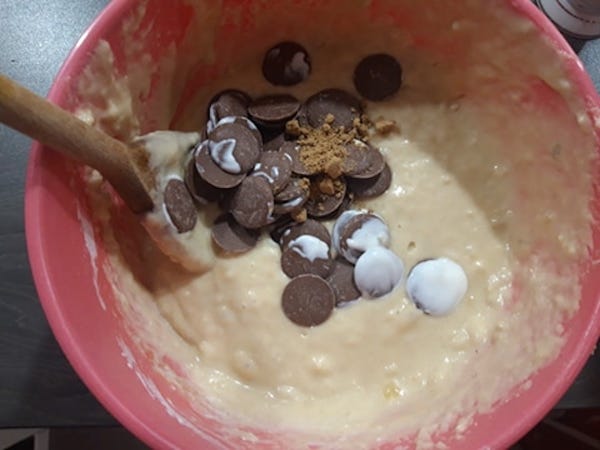 The recipe requires just half a cup of chocolate chips and half a teaspoon of ginger. Unlike with the raisins and cherries in the Queen's recipe, this was just a small quantity and so it didn't look like it would overpower the other ingredients in the recipe.

The banana bread was ready after 45 minutes in the oven. 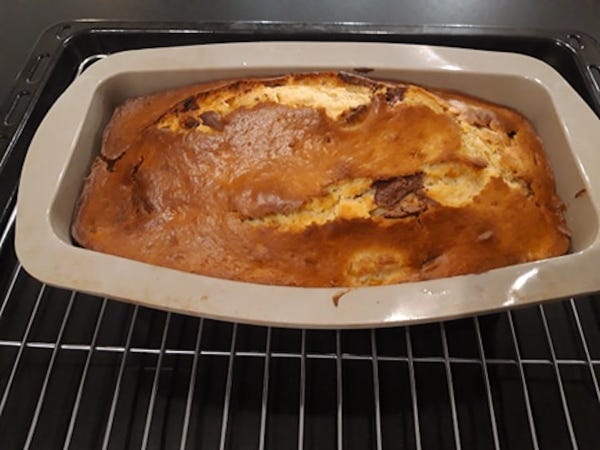 After adding the chocolate and ginger, it took just 45 minutes in a pre-heated oven at 175 degrees Celsius (347 degrees Fahrenheit).

The color and texture was completely different to the Queen's banana bread — and I couldn't wait to try it and compare the two.

Overall, I preferred Markle's recipe as the chocolate and ginger complimented the banana flavor. 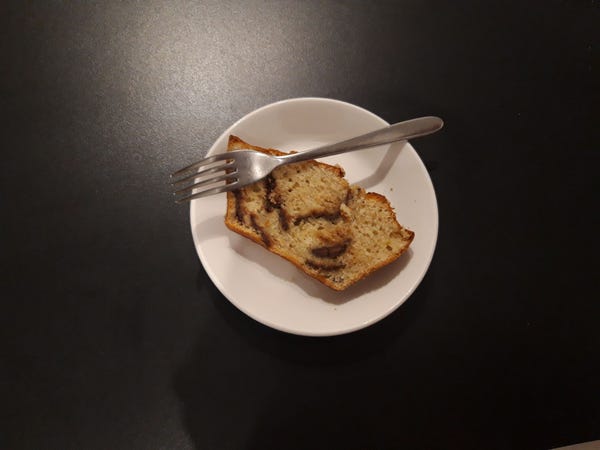 Both recipes were easy to follow. Markle's recipe had slightly fewer steps than the Queen's, but that's expected seeing as it didn't have as many ingredients.

I was concerned that the chocolate and ginger would overpower the banana flavor, as the cherries had done in the previous recipe. However, I was pleasantly surprised as Markle's signature ingredients complimented the banana perfectly.