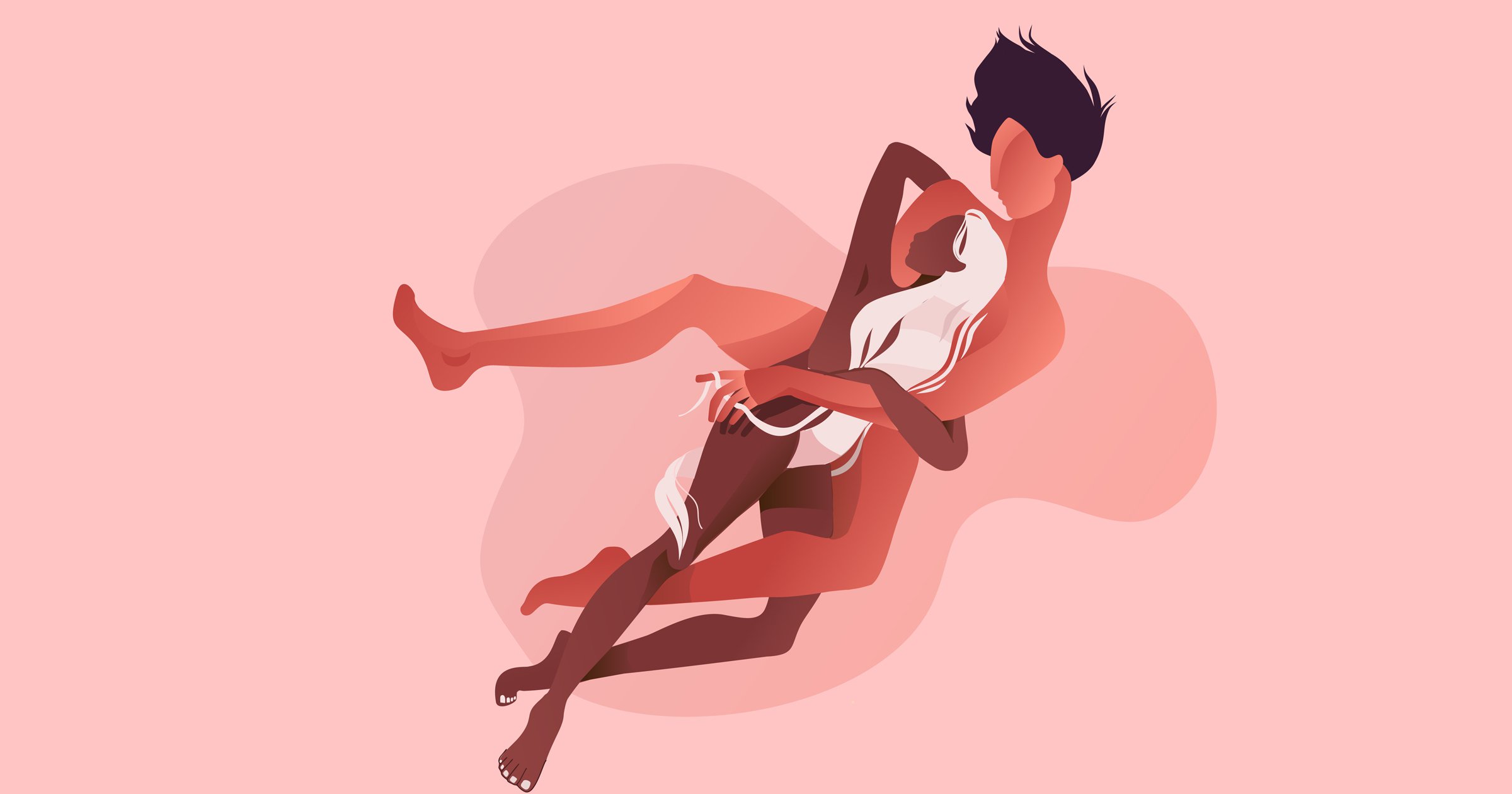 You may be vaxed and waxed for summer, but are you ready for a one-night-stand after a considerable break?

According to new research from Relate and eharmony, one in four singles feel ‘out of practice’ in the bedroom, following the pandemic.

The nation’s hook-up hiatus, brought on by restrictions, seems to have had a considerable impact on sexual confidence.

In fact, the same survey reveals that 13% say that they are not ready to be intimate again just yet.

Neil Wilkie, founder of online therapy platform The Relationship Paradigm, explains that we are now shifting away from the very insular and virtual lives that we’ve been living the past year.

‘Now the IRL future can seem like a scary option. “Will I be able to perform?”, “what will they think of me?” and “what do I look like naked?” are just some of the worries that people are now having.

‘But physical connection is hugely important for our wellbeing – enabling us to build deeper, more meaningful and longer-term connections than online. It’s also key to avoiding loneliness.’

So, if you’re worried you’re a little rusty, experts have suggested a few ways to get back on track to feeling more confident in the bedroom.

‘The first thing to remember is that there are lots of single people in the same boat as you,’ says sex and relationship therapist Tatyana Dyachenko.

Tatyana adds: ‘You haven’t been the only one that has been isolated from others, so feeling out of practice in the bedroom is a common feeling at present.’

Friends and even potential hook-ups are probably feeling the same as you, so try not to let insecurity take over.

Rediscover your own intimacy

Before thinking about being intimate with someone else, focus on doing so with yourself.

Andrea Balboni, a love, sex and relationship therapist at Zoe Clews & Associates, says: ‘It’s important that people who may feel as though they are out of practice or lack experience, when it comes to sex, reconnect intimately with their own bodies to understand what their bodies need or want – and the physical responses that such intimacy triggers.

‘This helps to encourage confidence and makes the invitation to someone to share that space with you much easier.’

Tatyana adds that a good way to do this is to take some time to get to know what you like and dislike.

She says: ‘The more you experiment at home with self pleasure the better you get to know your body.

‘And the more you get to know your body, the more confident you will feel during a sexual encounter with another person.

‘You may want to add toys into the mix to make things even more interesting.’

Allow for the unknown

The pandemic has presented a very unique situation.

Some people have gone almost 18 months without sex for the first time in their adult lives.

But Andrea says it’s a good idea to embrace these unknown and unconventional elements.

She adds: ‘It’s normal to be fearful of what might – or might not – happen. But you should also allow for and embrace the unknown because that’s the space where excitement, anticipation and desire flourish.’

Also try not to let fear and worry take over.

Tatyana says: ‘You need to get out of your head. Our minds are incredibly powerful things and the more you think about something the stronger a hold it has over you. Don’t give power to your fears.’

Do things in your own time

Tatyana stresses that it’s absolutely fine if you’re not ready to go back to your pre-pandemic ways.

She says: ‘Don’t feel pressured to have sex. If you’re not ready then don’t do it. There is no right or wrong time to have sex, only when you feel it’s right.

‘Sex is meant to be an enjoyable experience, so if you’re not feeling it don’t do it.’

‘Not all sex has to end in penetration – so remember to make time for foreplay. If you’re not ready for penetrative sex, just stick to the foreplay until you are,’ says Tatyana.

It’s also about changing our mindset around sex.

She adds: ‘Sex isn’t a test that you have to pass. There is no right or wrong way to do it.

‘It’s about exploring each others bodies and getting to know what turns each other on. It’s a journey that is meant to be enjoyed at all stages.’