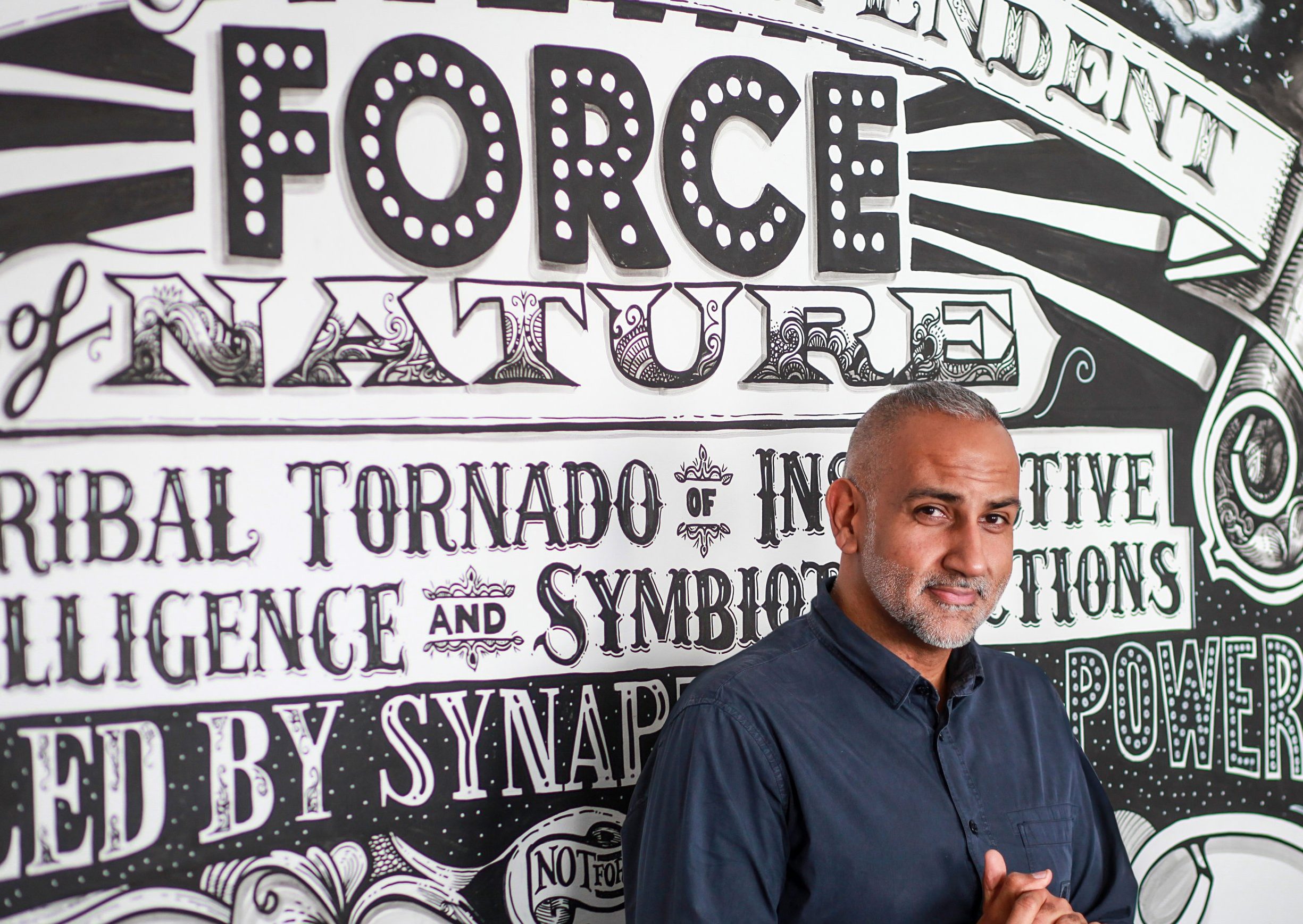 When Gush Mundae bought a pair of shoes for £16,000 it seemed a bit extravagant – until he ended up selling them for a profit and paying off most of his mortgage.

Gush moved to the UK from Delhi aged five and has always made shrewd moves to make money.

In his youth, hip-hop was just emerging in the UK and he became obsessed with graffiti art – getting him in trouble with the boys in blue and rival gangs – but his art teacher at school encouraged him to explore graphic design.

As an immigrant who moved to the UK as a child, what did you learn about money?

I learnt very quickly that the Great British Pound was devastatingly stronger against the Indian Rupee.

The lesson was that much more apparent as we moved from a five-bedroom house in the suburbs of Delhi to a tiny room in Southall, west London, where we all lived, slept and ate.

That experience really shaped my perspective in always trying to achieve better and to never take money for granted.

What is your personal attitude towards money?

Spend with your heart, save with your head – and always think long-term. I’m a great believer in buying quality over quantity and enjoying the things you buy unapologetically.

Do you ever give money away?

[Laughs]. That makes it sound like I walk around giving out twenties. As a Sikh, I was raised to always help others – we call it ‘sewa’. It’s about service to others. I support a number of charities here in the UK and in India, all of whom support children through education, clothing and food.

I donate personally and also through my business, Bulletproof Design, where we donate all pitch fees to charity, an idea two of my very talented team came up with and we made happen immediately.

What has been your most extravagant purchase?

A pair of signed Nike Air Jordan 1s, which I bought in the early 1990s for £16,000. Yes, you heard that right. I sold them several years ago and paid off a large part of my mortgage with the proceeds.

So, although it was crazy extravagant, they actually ended up being a great investment.

Through graffiti you had a bit of trouble with the law – are you still rebellious?

Always. And I was rebellious before getting into graffiti. As an immigrant coming to the UK at the age of five, I always had this notion of not quite fitting in, which shaped my rebellious streak because I looked and thought differently to those around me – and they let me know it.

So, I learnt to embrace who I am and not apologise for it, which led to me butting heads and more when growing up in a very socially and racially divided UK in the early 1980s.

Thinking like a misfit and outlier gives you a unique perspective on the world, people and culture.

You become much more accepting of differences and seek an unexpected approach and viewpoint. Growing up, I thought my outlook and behaviour was a weakness, but today I realise it’s actually a ‘superpower’.

What would you buy if money was no object?

Art is a true passion of mine, so I’d buy a truly outstanding original painting by Jean-Michel Basquiat. A beautiful work by him called Untitled sold in 2017 at Sotheby’s for US$110 million. I love his work and I am fascinated by his life, which was sadly cut way too short.

Anything you regret buying?

The In-N-Out Double Double burger and Animal Style fries shortly before boarding a flight from Los Angeles to New York. Not pleasant for me or anyone else on the plane for those
several hours.

Is there anything you regret not buying?

I’m fortunate to have very few regrets, especially where money is involved, but I definitely regret not buying tickets to the 2012 Champions League final between Chelsea and Bayern Munich when I was offered them.

The final fell on my wedding anniversary and I’ve missed many because of work, so on this occasion I felt I couldn’t go. Chelsea, who I have followed since the age of 11, won the Champions League final in a nail-biting penalty shoot-out.

Let’s just say that our anniversary dinner had a few distractions.

Best thing you’ve learnt about money from someone?

My father said ‘always be generous’ – with your time and money. He didn’t have a lot but was the most generous man, especially when it came to food, family and friends.

Last time you cringed when you saw a price tag?

It used to be every time I travelled and bought a salad from a popular eatery at the airport. It was twice the price of the high street. Those times are gone for the time being.

More recently I thought about treating myself to a new scarf from a well-known luxury fashion brand but winced when I saw the £1,300 price tag. I decided a cold neck wasn’t such a bad thing.

What would you tell the young you about success?

You have to define what success looks like for you and work towards that goal with heart and soul. For me it’s about doing something I love with a truly amazing team for great clients who value our creative thinking and partnership. It never feels like work.

I learn every day and am constantly inspired. Money should never be the motivation behind striving for success and will come with time. Take it from this boy from Hounslow, by way of Delhi: everything is possible, dream big, challenge convention and enjoy the ride.

How to get your Metro newspaper fix

Metro newspaper is still available for you to pick up every weekday morning or you can download our app for all your favourite news, features, puzzles… and the exclusive evening edition!