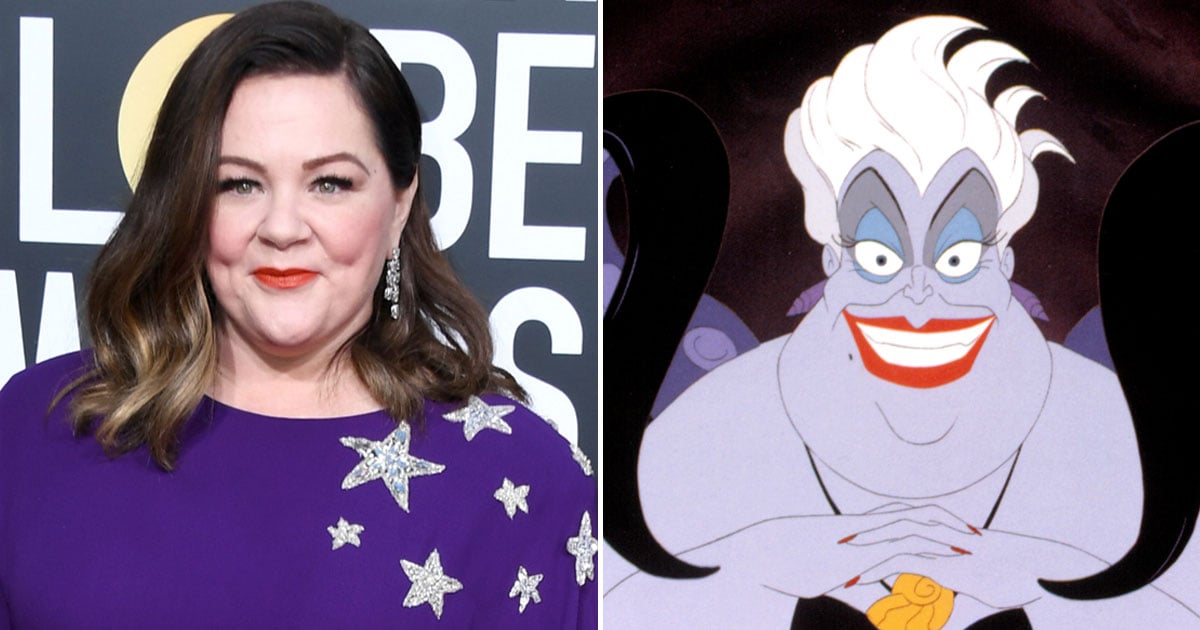 In case you’ve been underwater the last few months singing about how much you’d love to be up where the people are, allow me to remind you that Disney is turning The Little Mermaid into a live-action feature, and it goes without saying that everyone is pretty pumped. Lin-Manuel Miranda has already signed on to write and produce alongside Alan Menken, so we know the music will be spectacular, but what we don’t know is which stars are going to take on the iconic roles of Ariel, Prince Eric, and Ursula. Sure, we have plenty of casting ideas of our own, but nothing official has come down the line . . . until now.

According to Variety, Melissa McCarthy is in “early talks” to play tentacled villain Ursula, who was originally voiced by Pat Carroll. Sources tell the outlet that everything is still in very early stages, but there’s a good chance that The Kitchen actress will be the one to end up stealing Ariel’s voice for herself. No deals have been completed yet, however. (Disney, if you’re reading this, I personally think Lizzo would be an excellent choice if McCarthy passes.)

Mary Poppins Returns director Rob Marshall is helming this film, which will incorporate new songs from Menken and Miranda into the line-up of beloved originals. Do you think McCarthy could deliver a rousing rendition of Ursula classic “Poor Unfortunate Souls”? Maybe they’ll have her sing “Milkshake” instead.