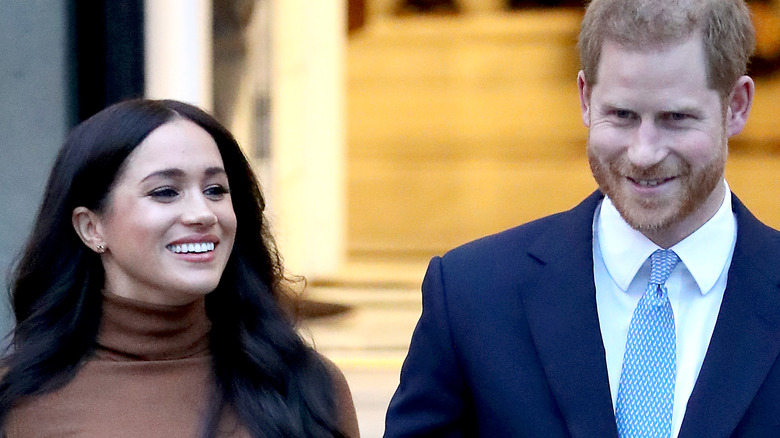 The life of Prince Harry and Meghan Markle, the Duke and Duchess of Sussex, is something that we’ve become rather familiar with in recent years, and we’ve already seen two Lifetime movies made about the couple as part of the network’s “Harry and Meghan” series. To celebrate the pair’s anniversary a couple of weeks ago, Lifetime has now revealed the upcoming third film, “Harry and Meghan: Escaping the Palace,” and shared who’ll be playing the titular royals. Production has already started on the movie in Vancouver, and viewers could watch it for the first time this fall, per Entertainment Weekly.

Prince Harry and Meghan Markle are being played by new actors 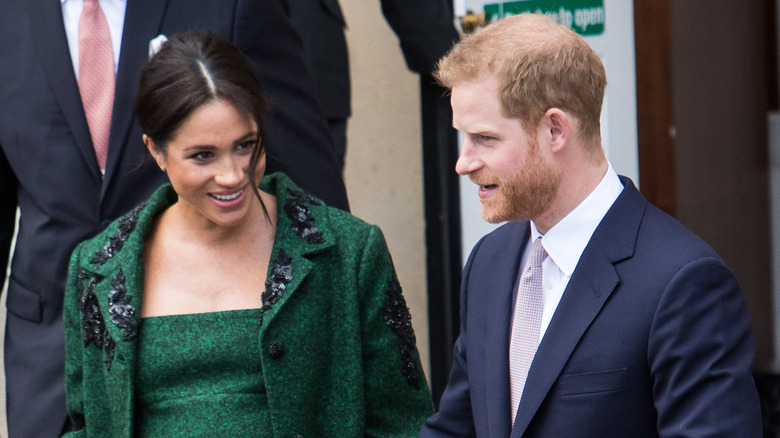 In “Harry and Meghan: Escaping the Palace,” Prince Harry will be played by Jordan Dean, whose previous work includes “The Punisher,” and Sydney Morton, who’s appeared in “She’s Gotta Have It” (via Entertainment Weekly). The upcoming movie, which viewers can hopefully expect to see later this year, is set to focus on the couple’s decision to step back from royal life and raise their family in the California community of Montecito — and yes, it’s expected to take influence from the Oprah interview (via Town & Country).

According to Entertainment Weekly, returning cast members include Jordan Whalen and Laura Mitchell as Prince William and Kate Middleton — the Duke and Duchess of Cambridge — and Steve Coulter as Prince Charles. Melanie Nicholls-King is also set to appear again as Meghan’s mother, Doria Ragland, while Queen Elizabeth II will be portrayed by Maggie Sullivun — so, if you’ve watched the previous movies, you’ll see some familiar faces.