HENRY DEEDES: Session that even took their Lordships to gin o'clock

HENRY DEEDES: Bladder-busting session that even took their Lordships right up to gin o’clock

Why do we treat our pets with more compassion toward the end of their lives than we do our loved ones?

That was the sobering question posed by Baroness Cavendish (Con) in front of an unusually packed House of Lords yesterday.

Our noble peers were debating a private members’ Bill that proposes to allow people with no more than six months to live to apply for an assisted death. 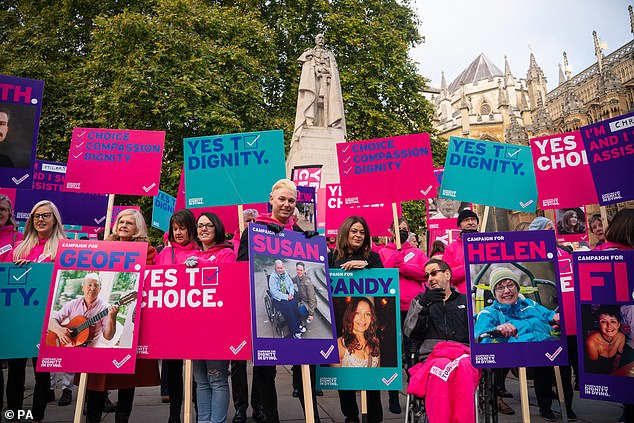 The Assisted Dying Bill would give terminally ill patients of sound mind, with six months or less to live, the right to die by taking life-ending medication

Cavendish, a former adviser to David Cameron, pondered why incapacitated humans should be forced to live out their final years deprived of all dignity, a fate we spare the family dog.

What an emotive issue this is.

Powerful, evocative cases were made on both sides of the argument.

That the session ran for a bladder-busting eight hours was testament to the strength of feeling. I assure you: It takes a lot to put some of our noble lords off their lunchtime nosebags.

The debate was opened by Baroness Meacher (crossbench) who told of the indelible mark left by a relative who took her own life while suffering from liver cancer.

Her words were heard in pin-drop silence, bar the odd squeak of red leather.

Then, a bombshell. She read out a statement by former minister Lord Field (crossbench) who announced he had changed his mind on the issue after becoming terminally ill. 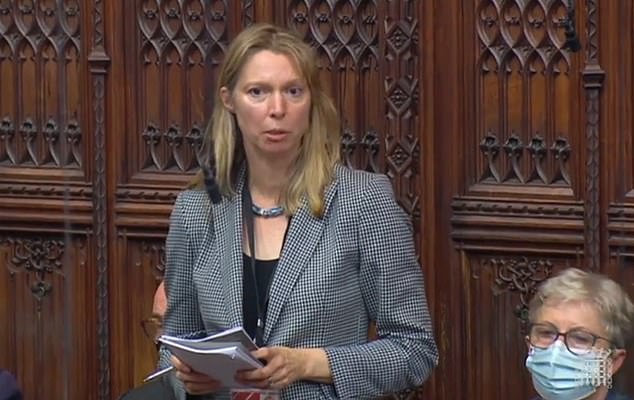 Baroness Cavendish of Little Venice, a former advisor to David Cameron, addresses the House of Lords for the Assisted Dying debate

Gulp. Poor, decent Frank. One of the genuine good guys of politics.

Support for Meacher dribbled in from all sides.

There was a rousing turn from Lord Dobbs (Con), ex-Tory MP and author of House of Cards, who is being treated for prostate cancer.

‘My life, my body, my character belong to no one but myself,’ he said.

He described the current laws ‘which says myself and my loved ones must suffer in agony and without hope’ as an ‘utmost cruelty’.

We heard of cancer sufferers with crippling facial sores.

Former newspaper editor Lady Boycott (crossbench), her voice tarred and cured from a lifetime of cigarettes and other sinful pleasures, spoke devastatingly of a friend so desperate to end her suffering she resorted to taking her own life with a plastic bag. 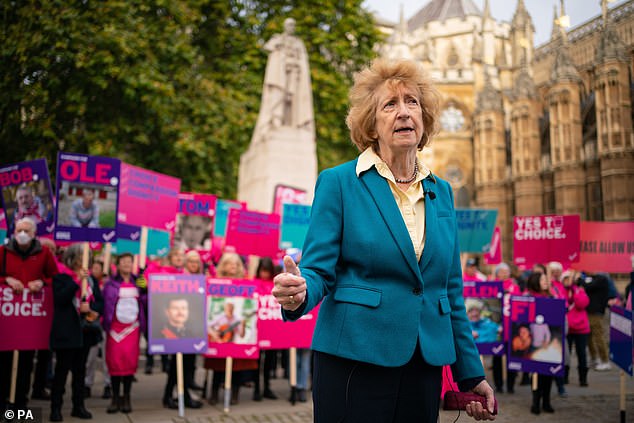 Thankfully, though, the odd shard of humour punctuated the gloom. Creaky Lord Vinson (Con), now 90, reflected how when you reach such an age, assisted dying starts to prey on one’s mind.

‘So perhaps I should declare an interest,’ he joked. Television scientist Lord Winston provoked titters as he struggled to unhook his mask over his magnificent moustache.

Opposition to the Bill was naturally blunt. ‘Dangerous and flawed,’ said Lord Gold (Con). ‘Totally unacceptable’ was the verdict of Lord Sheik (Con).

Lord Adonis (Labour) feared the motives of greedy relatives. Meacher gave him a wary shake of the head.

Fittingly, the most eloquent opposing argument came from the Archbishop of Canterbury.

Like Adonis, he thought the Bill unsafe. ‘The sad truth is that not all people are perfect, not all families are happy, not everyone is kind and compassionate. 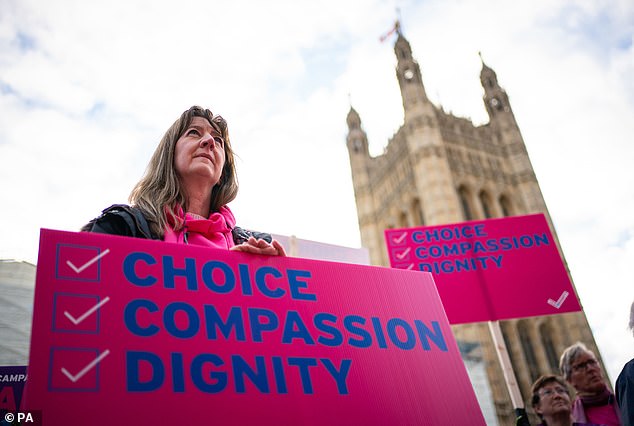 Demonstrators, including Humanists UK’s members and supporters, during a protest outside the Houses of Parliament in London to call for reform as peers debate the new assisted dying legislation

No amount of safeguards can perfect the human heart, no amount of regulation can make a relative kinder or a doctor infallible.’ A fine speech.

She was in favour of the Bill, though admitted it was probably not the occasion to try out her ‘best stand-up material’.

Despite the sombreness of the occasion, she was flamboyantly dressed in lollipop red. What an adornment bubbly Ruth will make to the upper house.

By the time the debate wrapped up, the sun was almost past the yardarm. Gin o’clock and not a moment too soon.

With the Government not backing the Bill, one suspects it has little chance of getting anywhere. But it is a heart-wrenching debate that will continue to run and run.