There was a distinct huffiness to the way Boris Johnson arrived at today’s Downing Street Press briefing.

Usually one of life’s dawdlers, his stride was oddly brisk. As he reached the lectern there was a breathy exhale against the microphone. His eyes, plump and swollen liked freshly lemoned oysters, bore uncharacteristic menace.

It was clear the PM was a man who’d got the hump. Fed up. The past few days haggling with Manchester mayor Andy Burnham had clearly been a wearisome experience. 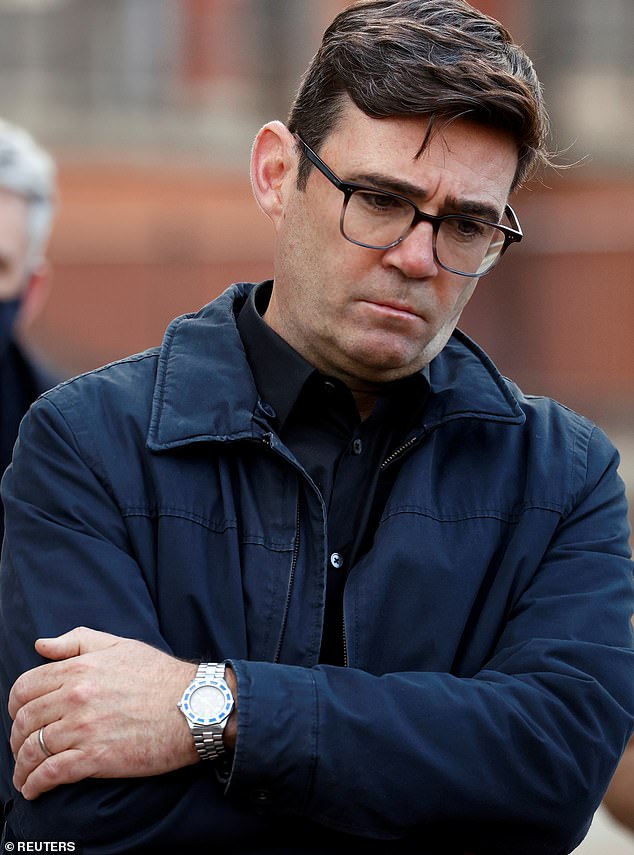 But then what did he expect? The moment Mr Burnham appeared on television last week in his silly cagoule demanding a giant cheque, you could see he wasn’t going to relinquish his return to the national stage quietly.

The PM announced he had offered a ‘comprehensive package of support’ to Burnham and his officials, which was ‘generous and extensive’. However, ‘the Mayor did not accept this, unfortunately’.

He spoke at top speed, rattling through his speech with Bren-gun delivery. Da-da-da-da-da-da. A sales rep hurrying through all those pointless terms and conditions before closing the sale. He would be now be imposing stricter lockdown restrictions on Manchester even without the local officials’ support. The message was loud and clear: ‘Blame Burnham.’

Doctors Doom and Gloom, aka Chris Whitty and Sir Patrick Vallance, were excused this glum affair. Most of the boffin stuff was handled by deputy chief medical officer Jonathan Van-Tam.

He’s a rather avuncular chap, old JVT. Always thanks journalists for their question. Possibly not a pub man, though. He recently defended the 10pm curfew by claiming singing in pubs helped spread the virus. I think he assumed revellers still crowd round a piano singing Chas ‘n’ Dave ditties.

Helpfully for Boris, he was not keen on Sir Keir Starmer’s idea of another national lockdown. In low infection areas such as the South West, he reasoned, it just didn’t make sense. Manning the other podium was the dome-headed medical director of NHS England, Stephen Powis. He always looks like a gameshow contestant who’s just been hauled up from the audience. Don’t know why. Possibly because he gives the occasional nervous glances at the camera as though he’s surprised to be there.

He largely kept quiet. But he did deliver one bone-chiller by announcing he expected Liverpool’s hospitals to have more Covid patients than April’s peak by tomorrow. Gulp. 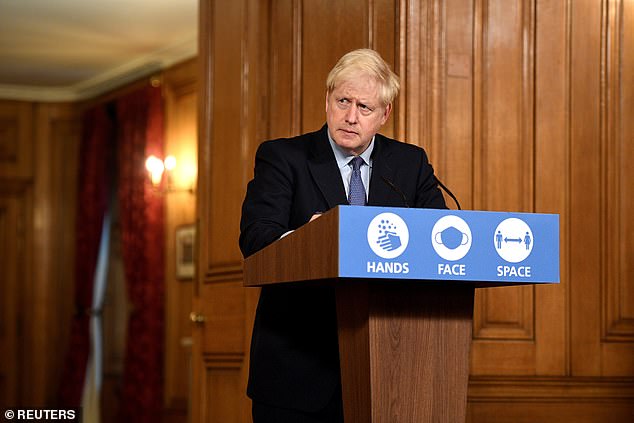 Boris reiterated his hope to avoid another lockdown. But he’s still refusing to rule anything out. We all had to work as a team, pull together etc, to keep the virus rate down.

We’re currently walking ‘a narrow footpath’, he said. He thanked the people of Manchester. Though noticeably no word of thanks for the their local politicians.

Apropos of Burnham, he was canny enough to get his side of the story in first by holding a presser of his own an hour before. The anorak had gone thank goodness. Instead he’d pulled on a windbreaker that he was still the wrong side of 45 to be wearing.

We heard how Manchester had demanded at least £65million from the Government. Boris would only cough up £60million. Now thanks to their failure to reach a deal, it’s possible they won’t get anything like that.

Brother Burnham gave it plenty of emotional welly. The voice strained, the eyes scrunched. Occasionally, his whole body doubled up in frustration. The money he had asked for was ‘not what we wanted – it was what we needed,’ he said. ‘But the Government wouldn’t accept this.’

Behind him stood half a dozen or so regional leaders who’d come along for the ride. Appearances can be deceptive but it was not a line-up that screamed the words ‘dream team’. It certainly seemed odd that they’d dug their heels in over a mere £5million. To the people of Manchester, Burnham insisted: ‘We took this stand for you.’ Wonder if that’s the way they’ll see it?