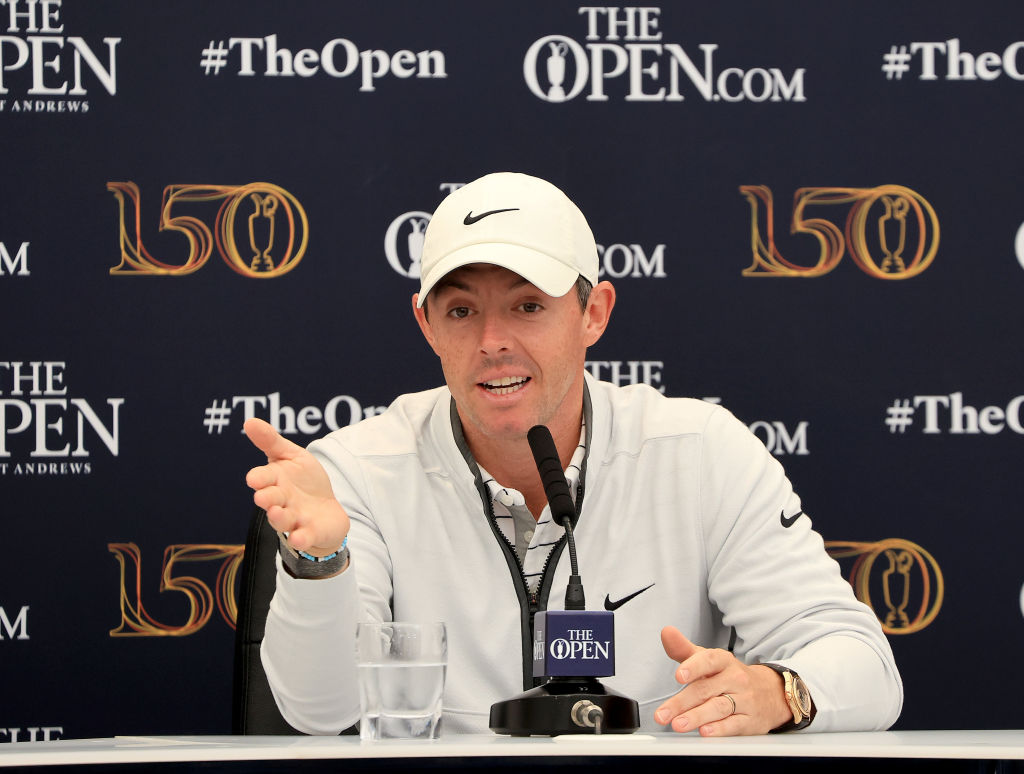 Golf star Rory McIlroy has compared himself to two of the best tennis players of all time as he prepares to tee off at The Open Championship.

McIlroy has never lifted The Masters trophy, with the 33-year-old’s best finish coming this year when he achieved a runner-up finish.

However, he has 21 wins on the PGA Tour and is a former world No.1 having spent 100 weeks there over the course of his career.

McIlroy has also won the Ryder Cup with Europe on four occasions between 2010 and 2018, including the ‘Miracle at Medinah’ in 2012.

Speaking about his career, McIlroy compared himself to tennis legends Roger Feder and Rafael Nadal, who have won a combined 42 Grand Slams.

‘In my mind, I think I’m more Nadal than I am Federer,’ Mcllroy told CBS Sports. ‘But I’m not.

‘I just don’t have his grit and will. I don’t think anyone does. Roger, he just loves playing tennis.

‘I think as I’ve gotten into the meat of my career, my 15th or 16th year on tour, I’ve really worked hard on making sure I still love the game of golf, and don’t just see it as a job.’

‘That’s probably the biggest thing I’ve tried to take out of what Roger has done. He’s had this unbelievably successful and long career, but at the end of the day, he still loves playing tennis.

‘I think that’s really, really important, and that’s one of the big things I’ve tried to take from him.’

Federer has 20 major titles to his name but has hinted he may soon retire after being forced to miss Wimbledon for the first time since 1998 as he continues to recover from a third knee surgery.

He has not played since last year’s Wimbledon and due to his inactivity he now does not have a single ATP ranking point to his name – but will return to the Tour in September at the Laver Cup, the team competition he founded back in 2017.

Nadal, meanwhile, has enjoyed an impressive year, picking up his 22nd major titles at the 2022 Australian Open and Roland Garros.

The Spaniard was due to play Nick Kyrgios in the semi-finals of Wimbledon but was forced to withdraw before the match due to an abdominal injury.

For more stories like this, check our sport page.