Gigi Hadid and Zayn Malik’s 1st Christmas as parents was everything they had dreamed of! The couple feels closer than ever as they head into 2021 as a family of 3.

It’s going to be hard to top Gigi Hadid and Zayn Malik‘s 2020 Christmas holiday. The new parents — who welcomed their first child, a baby girl, in September — had the “perfect Christmas” at her family’s farm in Pennsylvania, a source close to the model told HollywoodLife, exclusively.

“Gigi and Zayn have never been happier. They’re both so head over heels in love with their little girl, she really is a dream come true for the whole family,” the insider explained, noting that Gigi and Zayn’s relationship has only strengthened after the birth of their daughter. “Gigi says becoming parents was the best thing that has ever happened to her and Zayn. It’s given them a common purpose and they’re totally united,” the source said.

A second source went on to explain how parenthood has changed how Gigi and Zayn view the holidays. “They had a wonderful Christmas this year and it was so special because they lived it through the eyes of their daughter. They understand that their daughter didn’t exactly know that Christmas was different than any other day, but Zayn and Gigi were excited and will look back at that day as wonderful nostalgia when she gets older,” the insider explained, adding, “It’s these moments in their life that show them both that they really have it all. Although 2020 has been a rough year, this has been the ultimate silver lining for them.” 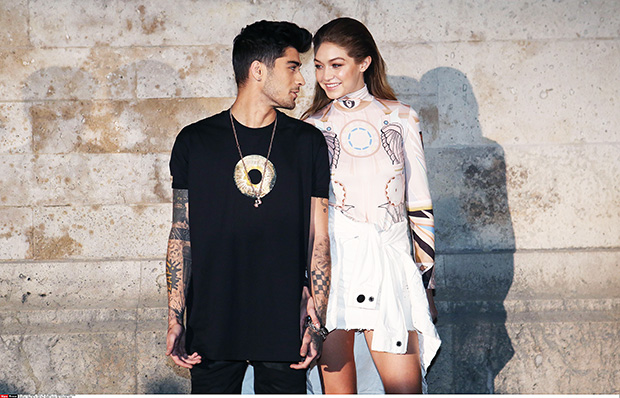 While Gigi and Zayn have not yet shared their daughter’s face or name, the new mom showed off her baby’s Christmas Day outfit on social media. She shared a photo of the tiny tot, who was cuddled up in the arms of the former One Direction singer, wearing a white onesie and black, white and red booties. The baby girl also wore a Gucci bib, which was gifted by Gigi’s friend and fellow model, Devon Windsor.

Gigi also shared a glimpse at the Hadid’s holiday traditions, including the family’s annual gingerbread house-building event. The model took to Instagram to show her father, Mohamed Hadid at work, as well as mom Yolanda Hadid, who’s been a wonderful support system to Gigi as a first-time mom.