In 1988, she was a brilliant teenage girl, clever and capable, with the world apparently at her feet.

But the woman who made allegations of rape against a cabinet minister is now dead, having taken her own life in the early days of the pandemic in 2020. She would have turned 50 last week. 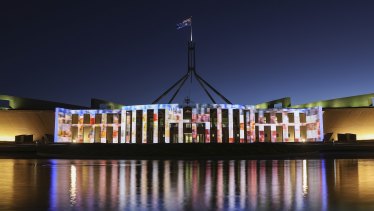 The alleged rapist is now a cabinet minister in Parliament House.Credit:Alex Ellinghausen

“She was extraordinary,” said Jo Dyer, a literary festival director, who had known the deceased woman since they were 15 years old.

“She was someone who was brilliant, acute. She was sensitive and had emotional and intellectual intelligence, and curiosity,” Ms Dyer said.

“People had high expectations of her and with that comes pressure. She was mindful of that.”

After losing touch with many of her old friends for years, in 2019 the woman began talking to trusted friends about her alleged rape in 1988, when she was 16 years old.

She said she had been sexually assaulted in Sydney by a man who now holds a senior position in government.

The woman knew the man when they were teenagers.

“We had a number of conversations because we were all very mindful of the difficulties of seeking justice through the criminal justice system,” Ms Dyer told The Sydney Morning Herald and The Age.

“It was very difficult for her to be seeing him in the press all the time.”

The woman had not spoken to any journalists but going to the media was “definitely something on the agenda as a possibility”.

“How that could have worked with defamation laws, who knows,” Ms Dyer said.

The woman had engaged a lawyer and had a meeting with NSW police on February 27, 2020, before her struggles overwhelmed her.

Hours before she died, she reportedly rang police to say she did not want to pursue the police process.

“She was someone who suffered from severe mental health illness,” said Ms Dyer.

“Amongst all that there was a determination and a clear resolve, to tell her story, that she had reached after clear-eyed rationalisation.”

The letter is dated February 23rd and states the woman had told six people who she had known at the time, and “all of them believed her account and were highly supportive of [the woman] in her attempt to process the impact of the rape”.

She had also told “numerous other people” from a wider circle, the letter says.

The Herald and Age have seen a copy of the 2019 statement made by the woman, which alleges violent sexual assault.

The statement includes photocopies of what the woman said were 1990s diary entries that mention rape by a person with the same first name as the cabinet minister.

It is not a formal police statement.

Labor MP Daniel Mulino was a friend of the woman from when they were both high school debaters. 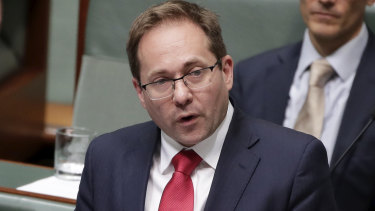 “I first became aware of the complainant’s allegation that she had been raped some years earlier, by a person who is now a senior member of the federal government, in December 2019,” Mr Mulino said in a statement.

“She indicated to me that she was determined to proceed with a formal complaint and I supported her in that decision.”

Another woman who knew the complainant as a young debater described her as “very very clever”.

“She was an outstanding debater,” the woman said.

“She was quite a shy person. She was not the gregarious person you would associate with a great debater.”