Actress Felicity Kendal has admitted she gets Botox every six months because she wants to banish frown lines and ‘look happier’.

The star, 72, likened the procedure to ‘getting her roots done’ and said topping up here and there is ‘fun’.

She added that she once had fillers to plump up her top lip, but didn’t like them as she felt they didn’t suit her.

Speaking to The Sunday Times Magazine from her home in Chelsea, west London, Kendal said: ‘[Botox is] exactly the same as having my roots done. 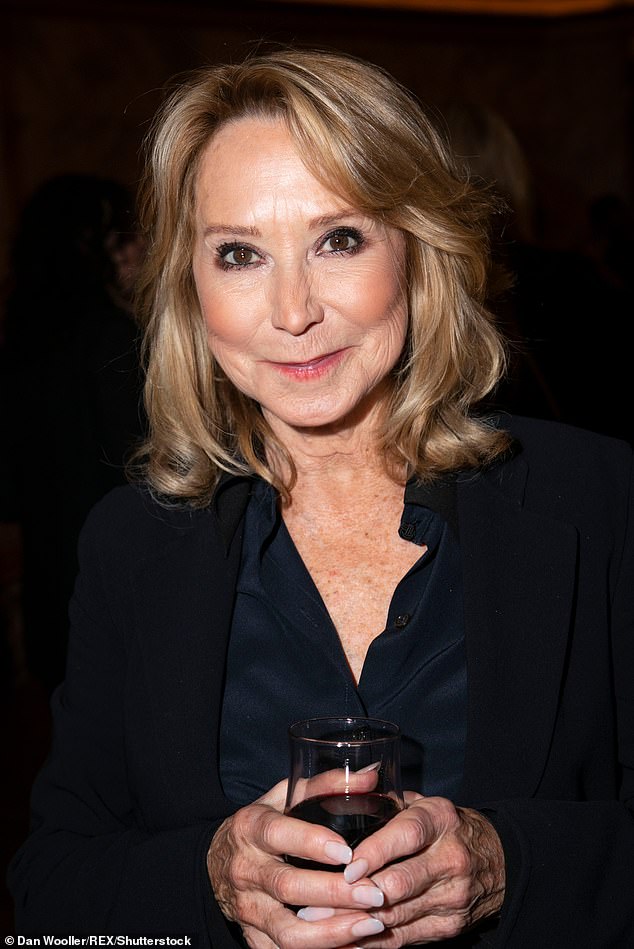 Actress Felicity Kendal has admitted she gets Botox every six months because she wants to banish frown lines and ‘look happier’. Pictured in October 2018 at the ‘Pinter at the Pinter’ party in London

‘I do it every six months, then you don’t get the little terrible frown line. It’s not that I want to change the way I look, but I like to look happier.’

Kendal, who is best known for playing Barbara Good in the hit 1970s BBC comedy The Good Life, went on to lament her ‘long ears’, which she dubbed one of the ‘tragedies of getting older’, and said she wouldn’t mind getting them pinned.

The actress, originally from Warwickshire, is set to star in a new play – The Argument by William Boyd – in Bath next month, the plot of which features infidelity as a key theme.

Having split from her first husband, actor Drewe Henley, after 11 years due to his philandering and depression, it’s something she’s unfortunately very familiar with. 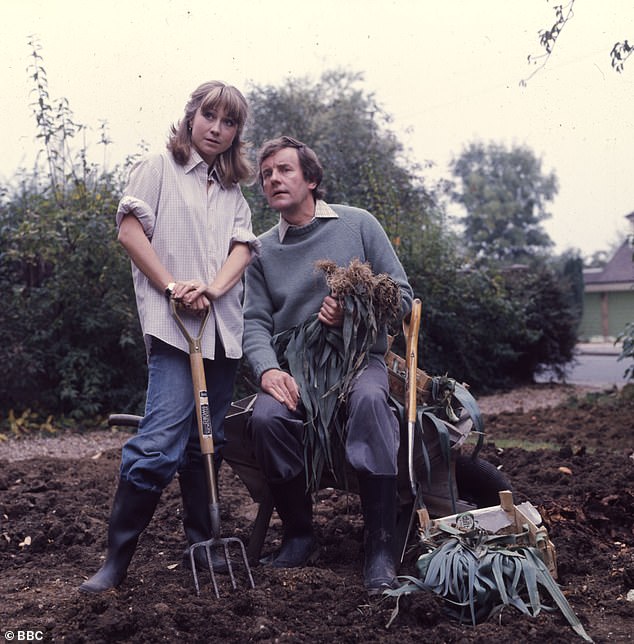 She said she ‘wouldn’t recommend’ infidelity to anybody and stressed she had never had an affair – adding she ‘just went from one person to another – maybe overlapping a little bit’.

The actress is no doubt referring to her split from theatre director husband Michael Rudman, whom she left in 1991 for playwright Tom Stoppard.

She and Rudman, who share son Jacob, 31, got back together in 1998 and now live as boyfriend and girlfriend, having decided not to re-marry.

Kendal previously told how she used to go into fits of rage and hurl crockery at her Rudman after they married in 1983. 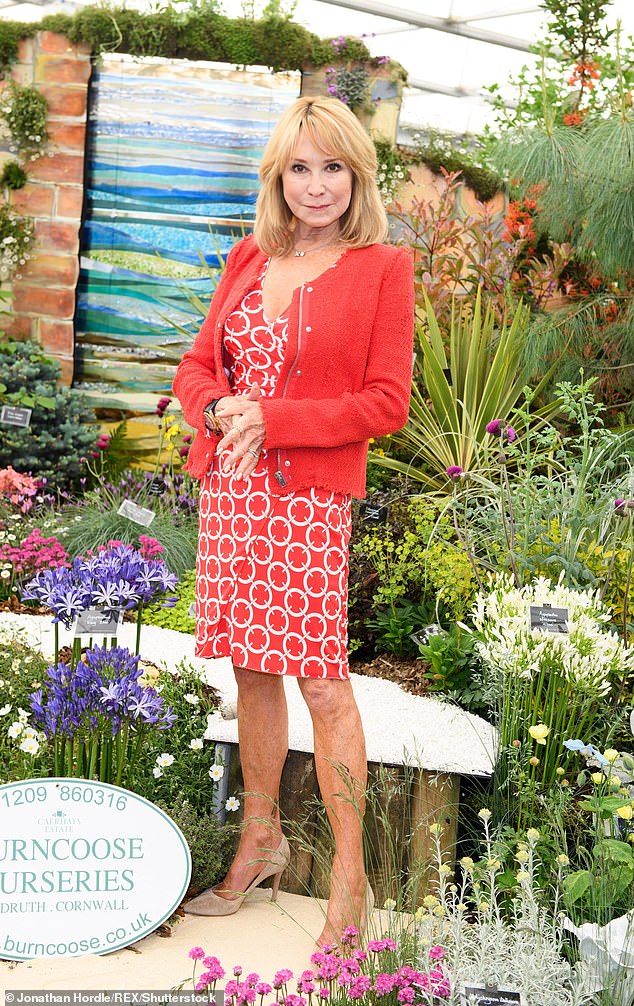 The actress, pictured in May last year at the Chelsea Flower Show, said she once had fillers in her top lip but didn’t like them as she felt they didn’t suit her

‘I once threw a cup and saucer through the window of the ground floor flat we were living in and the following morning there was a ring on the doorbell and the porter, looking at the hole in our window, came back with all the little bits and said, “I think these must be yours”,’ she told the Observer.

‘Luckily, Michael has very quick reactions so I never hit him.’

Kendal, who has been working since the age of 12, is showing no signs of slowing down – which she puts down to ‘guilt’. 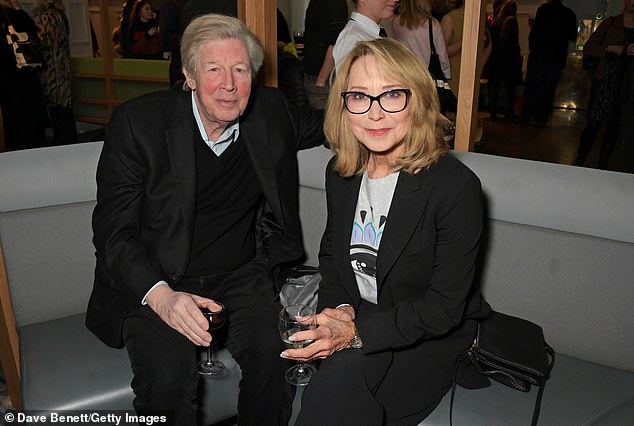 Kendal and her ex-husband Michael Rudman, pictured, got back together in 1998 and now live as boyfriend and girlfriend, having decided not to re-marry

She admitted her father Geoffrey always thought the work of an actor was an important part of society and to be offered that job is a ‘gift’ – leading to an ingrained feeling that she should never turn a role down.

Kendal added she will ‘probably never give up’ – pointing out that Judi Dench is still on the stage at 84.

Earlier this year Kendal said that having a stalker ‘goes with the territory’ of being a female celebrity. 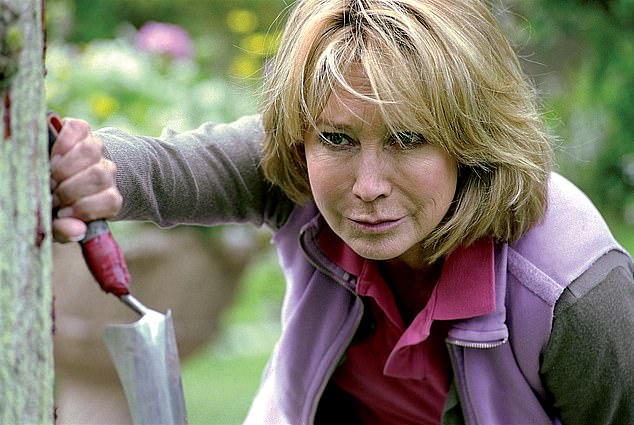 Kendal, who has been working since the age of 12, is showing no signs of slowing down – which she puts down to ‘guilt’ as her father believed an actor’s work is an important part of society. Pictured in the first episode of Rosemary and Thyme

The actress said she was followed home by ‘a few stalkers’ early in her career and argued women should not go into acting if they find it ‘traumatic’.

She explained: ‘I think everybody [had stalkers] in those days.

‘It was just a couple of people who came to every show and then they followed me home and they were always outside my house.

‘It wasn’t serious, though. One of them was quite a sweet guy. Perhaps he was just lonely. Some people might be traumatised by that, but I think, “Well, don’t be an actress then”. It goes with the territory to an extent.’