A father who gives money to his drug addict son shares his story in a shocking new Ross Kemp documentary on Britain’s homeless crisis.

Mechanic David, from Wales, makes a 40-mile round trip to Cardiff every day to see son Nathan, whose addiction has left him sleeping rough on the streets.

It is revealed David gives his son £50 for his fix in a bid to stop him stealing, as the devastated father tells Kemp: ‘He’s all I got, and all he’s got is me.’ 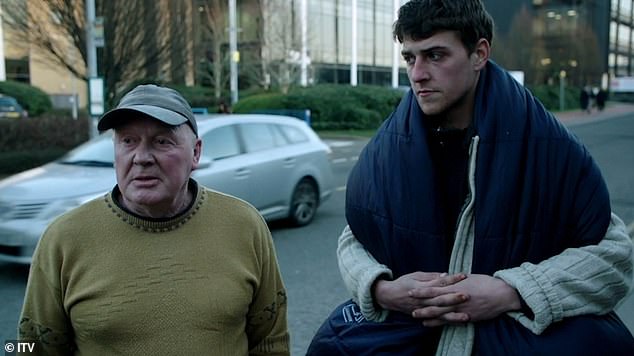 Mechanic David, from Wales, makes a 40-mile round trip to Cardiff every day to see son Nathan, both pictured, whose addiction to Spice has left him sleeping rough on the streets 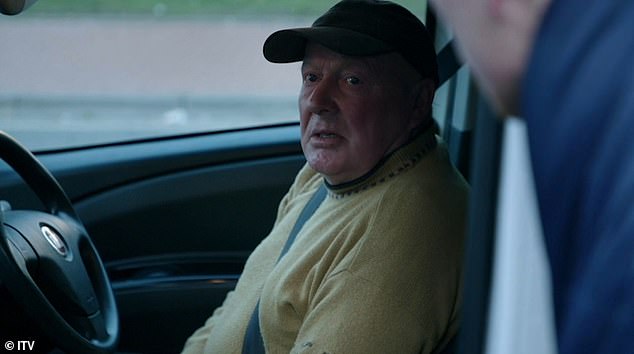 The father, pictured, admits he doesn’t know how best to help his son, saying: ‘He’s all I got, and all he’s got is me’. Pictured, David speaking to Kemp on the documentary

Kemp, a father of four, says he can empathise with David’s heartwrenching position.

He says: ‘You feel you’ve got no other alternative other than helping him with his habit… I’m a father, your dilemma is…’

David admits: ‘We don’t know what to do.’

Stepping out of the car, David continues: ‘He’s all I got, and all he’s got is me… It’s really painful. It breaks my heart because I can feel what he’s going through.’

When Kemp asks what David thinks the eventual outcome will be, the father responds: ‘He’s killing himself, he is.’

The father and son are among a number of people Kemp meets in his new documentary Ross Kemp Living With… Homelessness, which airs on ITV at 9pm tonight. 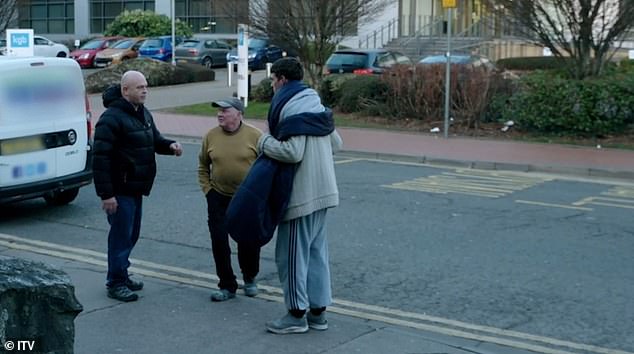 The father and son are among a number of people Kemp meets (pictured together) in his new documentary Ross Kemp Living With… Homelessness, which airs on ITV at 9pm tonight

In this episode, Ross sleeps out on the coldest night of the year with some of Cardiff’s rough sleepers and uncovers shocking truths about the government’s understanding of the size of the rough sleeper population.

Ross says: ‘No one knows exactly how many rough sleepers there are, but both the government and charities agree that rough sleeping has at least doubled in the past few years.’

Ross meets a number of rough sleepers in Cardiff and finds out what drove them to their current situation and what help is available to them.

He also tries first hand to experience what they go through on a daily basis and spends a nights in a freezing tent and on the street to find out for himself. 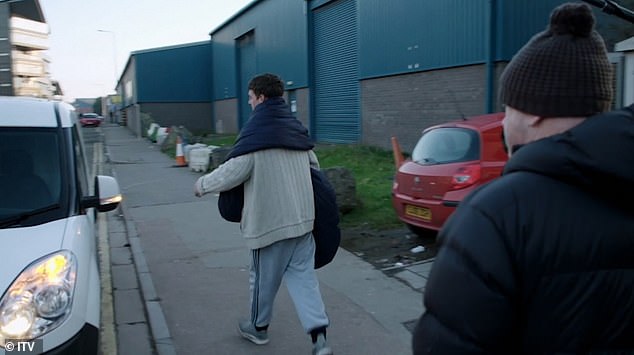 Ross meets a number of rough sleepers in Cardiff and finds out what drove them to their current situation and what help is available to them. Pictured, Kemp follows Nathan to his father’s van

Ross also finds out the truth about the government’s rough sleeper numbers. In South Derbyshire, where the Minister for Homelessness Heather Wheeler is the local MP, Ross learns that official figures showed a count of ‘zero’ in her constituency.

However, Ross meets a man who has been living on the streets there for over 30 years.

Ross also spends a night in a homeless shelter in Cardiff. He says: ‘Spending the night at the shelter made me realise how this environment could be frightening and unsettling, and actually deter some of the very homeless people it was supposed to be sheltering.’

He adds: ‘It’s really hard to sleep here. I think possibly that even though it was very cold I probably found it easier to sleep in a tent than I will do tonight.’

Finally Ross says: ‘It’s said that we’re all just a few misfortunes away from ending up on the streets. And every rough sleeper that I’ve met has been vulnerable in some way. Despite their good intentions, we can’t expect our night shelters and hostels to be mental health wards and rehabilitation centres.

‘Leading charities have told us we need to understand just how many people are actually living rough to solve this problem, which is rapidly becoming a national crisis.’