Emily Ratajkowski is telling her story. In her new book, My Body, the actress and model reportedly opens up about her experience filming Robin Thicke‘s “Blurred Lines” music video in 2013, during which she was one of three half-naked models.

While the actress, 33, notes that she enjoyed filming with the all-female crew, she explains things changed when she was alone with the singer, 44. 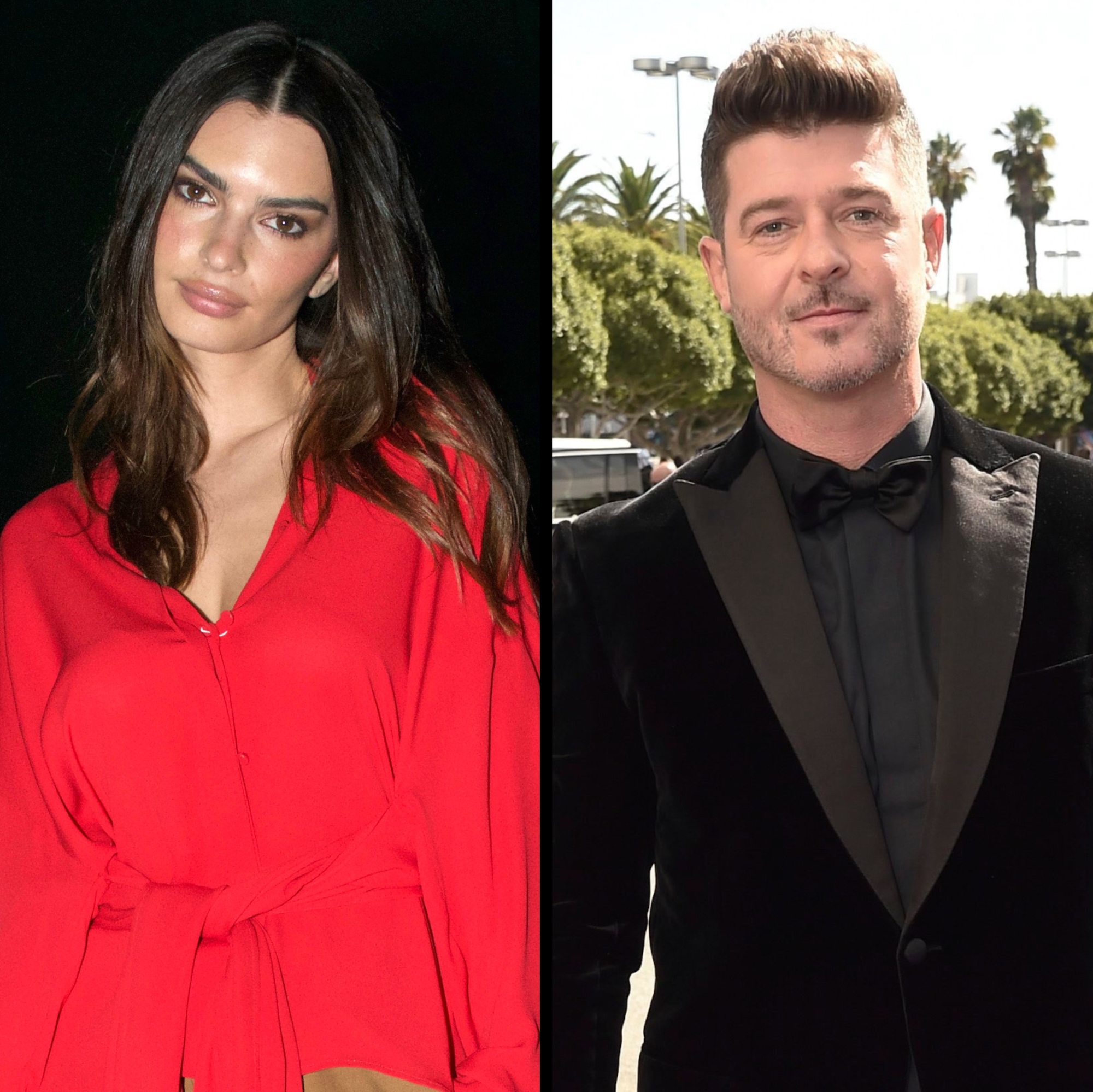 “Suddenly, out of nowhere, I felt the coolness and foreignness of a stranger’s hands cupping my bare breasts from behind,” Ratajkowski allegedly writes in My Body, which hits stands on November 9, according to the Sunday Times of London. “I instinctively moved away, looking back at Robin Thicke. … He smiled a goofy grin and stumbled backward, his eyes concealed behind his sunglasses. My head turned to the darkness beyond the set.”

She adds that she was “desperate to minimize” the situation so simply “pushed my chin forward and shrugged, avoiding eye contact, feeling the heat of humiliation pump through my body.”

The Gone Girl star notes that the video’s director, Diane Martel — who corroborated Ratajkowski’s claims to the Sunday Times in a Sunday, October 3, story — yelled to ask if she was OK.

“I remember the moment that he grabbed her breasts,” Martel said, claiming that the Masked Singer judge had been drinking and “sheepishly apologized” after the incident. “One in each hand. He was standing behind her as they were both in profile.”

Despite the number of women on set, that changed the entire vibe, Ratajkowski writes.

“With that one gesture, Robin Thicke had reminded everyone on set that we women weren’t actually in charge,” she shares. “I didn’t have any real power as the naked girl dancing around in his music video. I was nothing more than the hired mannequin.”

The music video and song were met with backlash following its release, despite the “Lost Without You” singer earning two Grammy nominations.

“We had no negative intentions when we made the record, when we made the video,” Thicke said during an interview with the New York Post in February. “But then it did open up a conversation that needed to be had. And it doesn’t matter what your intentions were when you wrote the song … the people were being negatively affected by it. And I think now, obviously, culture, society has moved into a completely different place. You won’t see me making any videos like that ever again!”

Pharrell Williams, who produced the song, later admitted he’s “embarrassed” by the hit.

“My mind opened up to what was actually being said in the song and how it could make someone feel. Even though it wasn’t the majority, it didn’t matter. I cared what they were feeling too,” the rapper, 48, told GQ magazine in 2019. “I realized that we live in a chauvinist culture in our country. … [I] didn’t realize that some of my songs catered to that.”

Thicke did not immediately respond to Us Weekly‘s request for comment.

If you or anyone you know has been sexually abused, call the National Sexual Assault Hotline at 1-800-656-HOPE (4673). A trained staff member will provide confidential, judgment-free support as well as local resources to assist in healing and recovering and more.