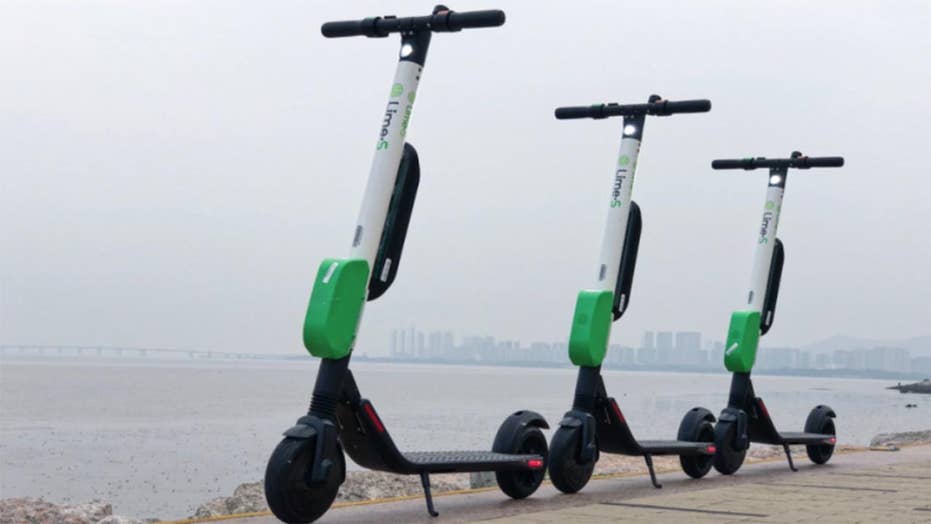 Electric scooters are multiplying in cities across America fast becoming a favored commuter tool, and a target of contempt.

BALTIMORE, Md. – Across the country, the recent onslaught of electric scooters has been compared to a foreign invasion crafted by millennials. The long-necked robots on wheels, lurking in clumsy packs on street corners, are either really loved — or deeply hated.

Riders in Baltimore have praised them as affordable, eco-friendly and easy to use.

"I'd give the scooters an ‘A.’ I like having another option," said D'Ante Kane, a Baltimore rider. "The bus takes so long during rush hour that it's easier to just hop on a scooter."

The popularity of e-scooters has seemingly boomed from a West Coast fad to a national phenomenon. According to a report released by the Baltimore Department of Transportation, e-scooters are available in about 180 cities nationwide.

But the fast-growing trend has raised alarms across the country that the scooters are clogging up sidewalks and putting the lives of the riders and pedestrians at risk.

The concerns were amplified last month when a rider was hit by a car and killed in Nashville. The mayor of the city, David Briley, wants an outright ban of the devices, saying that many users are so reckless they are making the streets unsafe.

"We have seen the public safety and accessibility costs that these devices inflict, and it is not fair to our residents for this to continue," the mayor tweeted last week.

It’s not just a problem in Nashville. Several cities across the country — including Aspen, Colo., West Hollywood, Calif., and Columbia, S.C. — have imposed some type of ban on them because of the risks involved.

Andrea Kramer, who works near the Baltimore Harbor, says the electric scooters may have been a cool idea, but now they are getting in the way of everything.

Some experts, however, say they are a great way to reduce the number of cars on the road.

Transportation experts deem e-scooters as the urban solution to micro-mobility. Meg Young, the Shared Mobility Coordinator for the Baltimore Department of Transportation, said the goal of e-scooter programs is to increase access and provide more sustainable active transportation options for people.

ELECTRIC SCOOTERS BEING DUMPED IN CALIFORNIA LAKE, AS POPULARITY EXPLODES

Over the course of Baltimore's one-year pilot program for the e-scooters, Young collected data, tracking things like the number of daily rides, where people rode, who rode and for what purpose. What she found was an estimated 45,000 rides a week were taken by commuters. 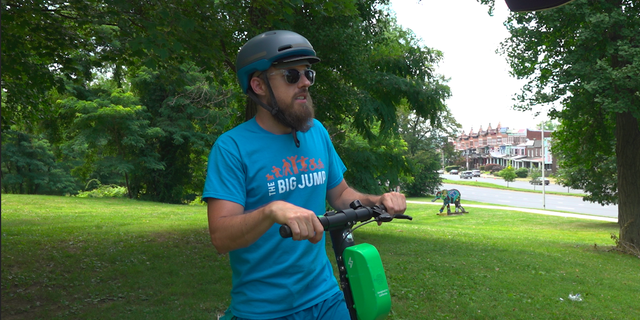 Coriel-Allen expresses how he feels e-scooters should be made available to all Baltimoreans.
(Fox News / Talia Kirkland)

"We've seen the program explode," Young said, adding that the city plans to end the pilot in August and will allow four companies to operate dockless rental scooters.

Graham Coreil-Allen, a West Baltimore artist, said he uses the scooters daily to get to and from his neighborhood bus station.

"A lot of Baltimorians don't have access to cars, so this a fair way to provide affordable access."

E-scooter companies charge about $1 to unlock and an additional 15 cents per minute of riding.

But the war over e-scooters is causing rifts in many cities. 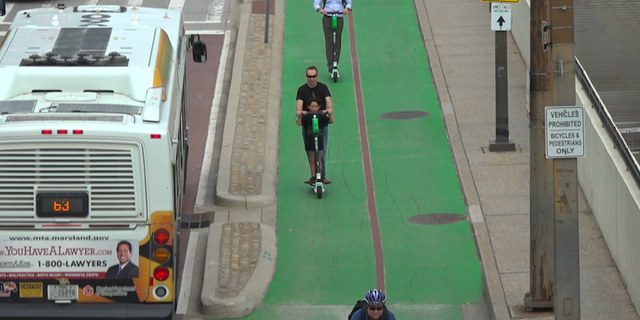 Some have become so fed up with e-scooters that they have started vandalizing them. According to the Los Angeles Times, e-scooters in Santa Monica and Beverly Hills have been crammed into toilets, tossed off balconies or set on fire. Police have called it an all-out guerrilla war against the devices.

Some cities are still reluctant to embrace them.

In New York, e-bikes, and e-scooters are now legal, but scooter rental companies won't be setting up shop in Manhattan due to restrictions, and in Philadelphia, the city council has not decided whether to allow e-scooters on city roads.

But supporters, like Coreil-Allen, are confident in the future of transportation and hope that e-scooters not only remain but grow in numbers and usage. He said for him there is really no debate — it's either two wheels, or no wheels, for him.

"My only hope,” he said, “is that we can have more scooters available for riders in all neighborhoods."