dancing with the stars

COVID-19 couldn’t stop Cody Rigsby from paying tribute to his idol, Britney Spears, on “Dancing With the Stars.”

The Peloton instructor and his pro partner, Cheryl Burke, performed a jazz routine to Spears’ “Gimme More” Monday night – all while quarantining from their separate homes.

“I did my own hair and makeup. We were also like the set designer, the lighting people, the sound,” Burke, 37, explained to Page Six and other reporters during a post-show presser. “Thank God Cody was able to pick up on the choreography really fast. The priority was definitely the dance, but it was also trying to get this working.”

Rigsby, 34, chimed in, saying that their biggest challenge was trying to figure out “how to make it feel” like they were actually dancing together.

“We got the opportunity and it all worked out,” he shared. “Hopefully everything comes together and we’ll be in the ballroom next week.”

Despite all the extra efforts to make their Spears-inspired performance work, Len Goodman, Carrie Ann Inaba and Bruno Tonioli unanimously said they needed to judge “fairly.” Rigsby and Burke received 6s across the board for a total score of 18/30.

“The scores are the scores I guess. I could have accepted the 6s if they could have at least acknowledged what was being done here,” Burke argued. “For it to be the first time in all 30 seasons, doing something like this that’s remote, there was no like homage to it … or giving Cody props to handle it all.” 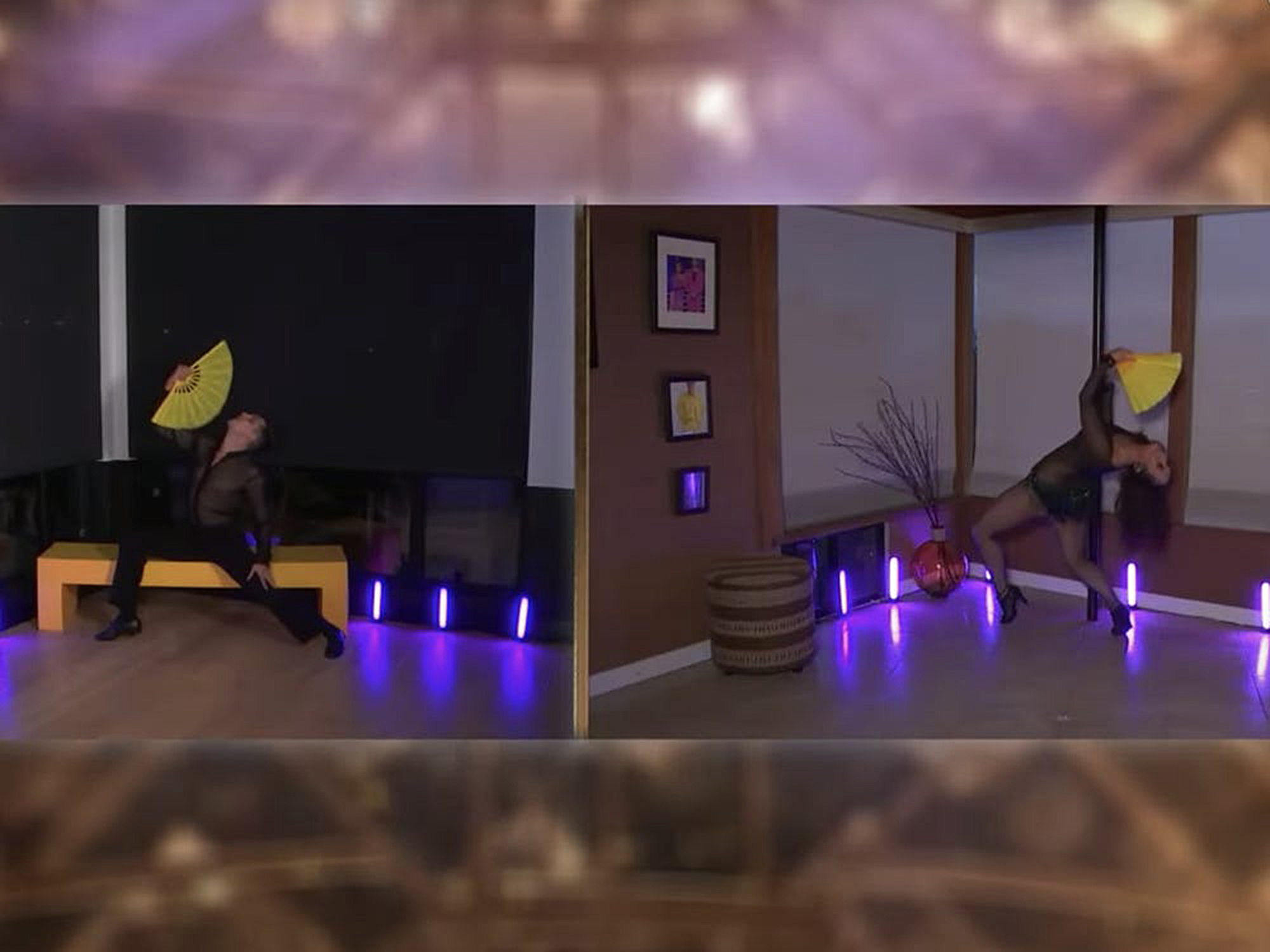 Rigsby admitted that it did “hurt a little bit” seeing those scores – but it didn’t stop him from “finding the light and the joy of the situation.”

“It wasn’t under the perfect circumstances but I still had so much fun doing this,” he raved. “It was really a dream come true.”

Hours before show time, a source told Page Six that Spears was “aware” of the “Britney Night” episode. Naturally, we had to ask superfan Rigsby how he felt about the singer knowing “DWTS” was paying tribute to her amid her ongoing conservatorship battle and #FreeBritney movement.

“I just hope that she feels loved, because she has persevered through so much,” Rigsby said. “She has given us so much her whole life. Like, she’s been working since she was a kid.”

He added, “She deserves to just know that she’s so loved and admired. So that’s all I really hope that she gets from watching this.”

Rigsby and Burke weren’t the only ones absent from the ballroom Monday night. Host Tyra Banks announced at the top of the show that judge Derek Hough was a no-show after “potential exposure” to COVID-19 and “out of an abundance of caution.”

“We literally found out in dress rehearsal,” Alan Bersten, 27, revealed. “No one really noticed that there were only three judges’ spots until rehearsal, so we were all shocked. We gotta get him back! We missed him in the ballroom.”

Lindsay Arnold added that it was especially a “bummer” not having Hough there, as he’s the only judge who’s been in their shoes. He took home the mirrorball trophy a total of six times throughout his years competing on the show.

“I missed him so much but we wish him all the health,” the pro dancer, 27, said. “We know that he’s healthy already. They’re just being cautious and hopefully we get to see him back next week.”

“Dancing With the Stars” airs Mondays at 8 p.m. ET on ABC.