DR MAX PEMBERTON: Hate your job? 'Quiet quitting' is NOT the answer

DR MAX PEMBERTON: Hate your job? ‘Quiet quitting’ is NOT the answer

How do you feel about your job? Overworked and undervalued? If so, then you might be tempted to join the legion of workers who have started ‘quiet quitting’.

It is a new trend whereby people who hate their jobs, or feel undervalued at work, do the bare minimum in order not to get fired — and absolutely nothing more. They need the money so don’t want to be sacked, but have no interest in their jobs — and don’t care who knows it.

The trend has spread on social media but was inspired by China’s TangPing or ‘lying flat’ movement, which encouraged workers to mentally check out of their job and do no more than was strictly necessary.

It was prompted by the country’s shrinking workforce and culture of very long hours, and was deemed such a threat to the economy it has now been censored by the authorities. 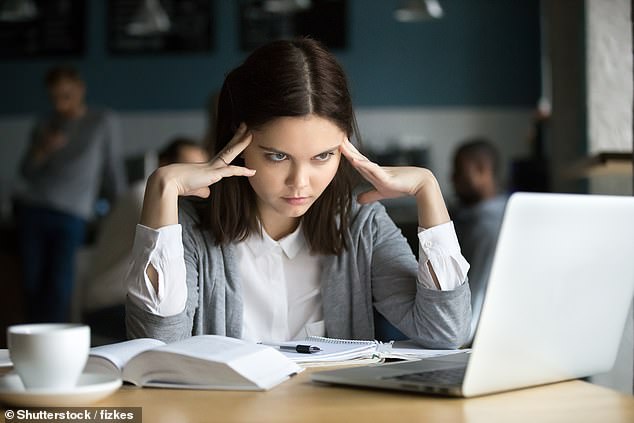 The trend has spread on social media but was inspired by China’s TangPing or ‘lying flat’ movement, which encouraged workers to mentally check out of their job and do no more than was strictly necessary

It’s quite likely to have a strong following here too after shocking research found that only 9 per cent of Brits are ‘engaged’ with our jobs.

The phenomenon clearly has its roots in lockdown when many people working from home found they could do far fewer hours — and less work — than they would in the office and still scrape by without a P45 landing on their doorstep.

The pandemic also made some reassess their priorities and ask big, searching questions about what they really wanted from life. They mentally checked out of their job and now feel emboldened not to pretend otherwise.

For example, a few years ago, if an employee had been sent an email by their boss asking them to do something late on a Friday afternoon, they would probably have stayed behind to get it done, and perhaps cancelled or rearranged their plans. Now, the trend is for people to push back and say they’ll do it when they can on Monday.

It’s one step up from the practice of ‘work to rule’ whereby workers do precisely what they are contracted to do and nothing more, often as a form of industrial action to show quite how much overtime workers are really putting in and how reliant a business is on this unpaid work.

Quiet quitting takes this further. It’s a passive-aggressive pushing of the boundaries to see how little you can do without getting fired.

It sounds quite empowering — no more sucking up to your boss or doing over and above what you’re paid for in order to stand out from your colleagues and get promoted. 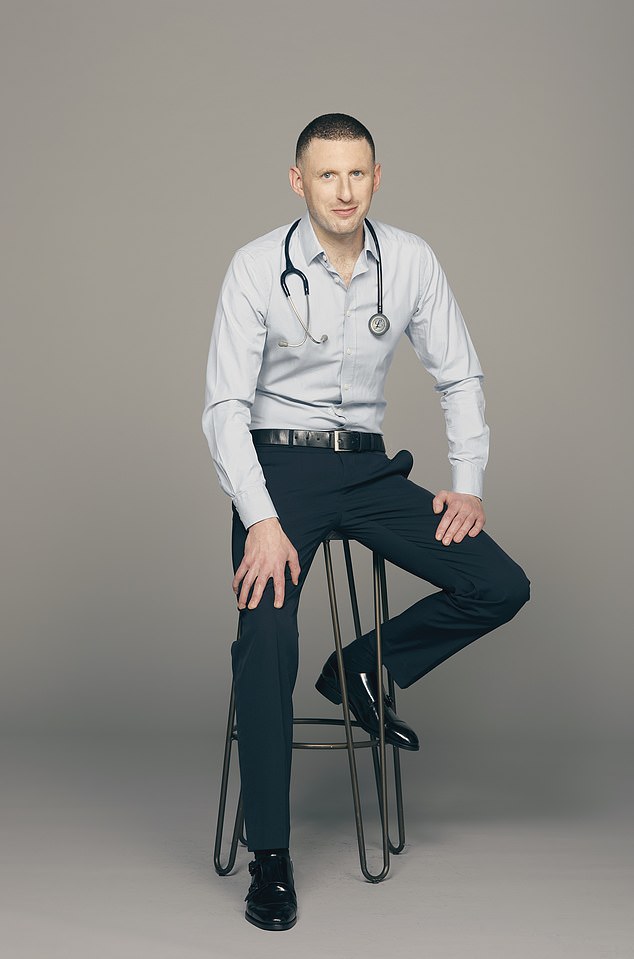 Dr Max Pemberton says finding the positives in your job may help you engage. He discusses ‘quiet quitting’, which sees staff do the bare minimum at jobs

There’s no doubt that working in a job you don’t like will have a negative impact on your mental health. But ‘quiet quitting’ may itself be the cause of poor job satisfaction.

Doing something you think you hate but not doing anything to change things — instead mounting a quiet protest in this way — is a sure-fire way to feel miserable. You become less engaged, less enthusiastic, first in the task and later in other areas of your life too.

You stop trying to find meaning and purpose in what you do — stop trying to see the good in your job, or consider the value of work for the sake of gainful mental engagement — and instead become an embittered automaton.

How is that liberating?

I remember working in a nursing home in my early twenties and hating every moment of it.

I was treated badly by the management and we were so overworked we never had any time to give proper care. I dreaded every second of work and started calling the place a ‘hell-hole’ I loathed it so much.

What I noticed was the more I complained and decided that I hated it, the worse I felt. I needed the money to stay in medical school, so knew I was stuck there.

Finally it occurred to me that my unrelentingly negative attitude towards my job was part of the reason I hated it so much.

I reasoned there were things about it I couldn’t change, but ultimately I was still helping people and getting paid for it.

The residents were interesting and while there was pressure from management to whizz through, I could still find the time to talk to the people I was looking after.

I decided to focus on the positive aspects of the job, rather than continue telling myself I hated every waking second. I changed my attitude to the job — and this in turn helped me change how I felt about it.

It was also helpful in another way.

In a later job I didn’t enjoy I tried the same tactic and simply couldn’t find anything positive about it –— so I knew I’d done my best, and rather than putting up with being miserable and bored, I handed my notice in with no regrets.

I wonder if the legion of quiet quitters shouldn’t do the same: try to find the positive in a job and engage with it.

If after your best efforts that fails, then you know it’s time to say goodbye — your boss will probably thank you for it.

Why the double standard on hair dye? 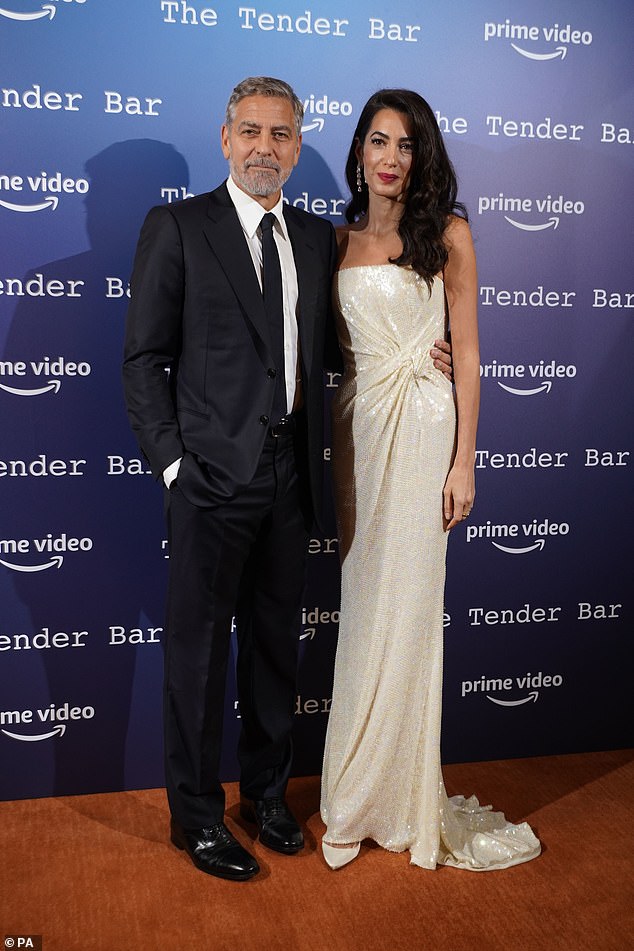 While a screen idol such as George Clooney is dubbed a ‘silver fox’ for letting their grey hair grow through, women are accused of not making an effort and giving in to ageing if they don’t reach for the dye

The Oasis rocker was widely ridiculed because people thought that he’d dyed his hair.

He said that, in fact, it was just the sun — but why is there such a double standard with men dyeing their hair compared to women?

Of course, the other side of the coin is that men also escape criticism for shunning the salon.

While a screen idol such as George Clooney is dubbed a ‘silver fox’ for letting their grey hair grow through, women are accused of not making an effort and giving in to ageing if they don’t reach for the dye.

It seems that in this age of equality, hair colour is one of the last bastions of sexism.

The Polio jab will be offered to a million children aged one to nine in London. It’s horrifying that this disease, which has been responsible for so many deaths and such devastating disability, is making a comeback. I worry we’ve become so complacent about it that parents won’t get their child vaccinated.

LISTENING TO THE RADIO 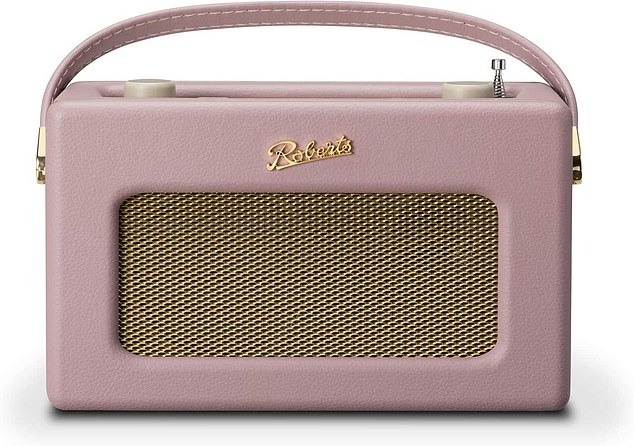 Listening to the radio can help stave off dementia, according to research published in the journal Neurology

Listening to the radio can help stave off dementia, according to research published in the journal Neurology. Along with other mentally stimulating activities such as reading, it was shown to be the best pastime for preventing the illness, reducing the risk by 23 per cent. Walking and yoga lessened it by just 17 per cent.