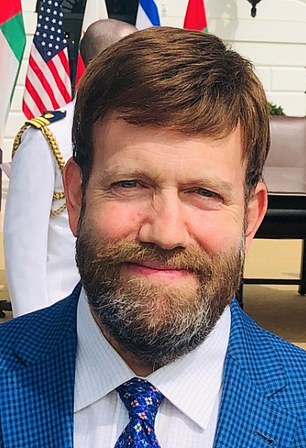 Not many politicians can be described as rock stars. And, after almost 40 years working mostly in America as a pollster, I’ve never had reason to call him that.

But I do today. For after listening to Boris Johnson’s keynote speech in Manchester, I can’t think of a more fitting phrase.

Only ‘rock star’ effectively conveys the Prime Minister’s ability to rally a crowd – who then lap up his unique combination of policy, history lesson and entertainment.

And, like Bono, Madonna and Cher, no one calls him by his last name.

I first met the future Prime Minister after arriving at Oxford in 1984. I knew I’d never met anyone like him – and nor have I since.

How else to explain his enduring popularity in conditions that would decimate other leaders? This year’s conference has unfolded against a backdrop of extraordinarily trying conditions: fuel shortages, supply chain worries, tax rises and inflation.

Tony Blair, the best political communicator I’ve ever seen, might have struggled to capture the party faithful under those circumstances.

But instead of Labour landing blow after blow, Boris has had much of the country’s voters behind him.

Yes, he was preaching to the choir when he made his speech yesterday. But I am certain that his address would have had a similar reaction wherever he made it.

The truth is that while it may endlessly perplex the Labour Party in London, across vast swathes of the country the public love Boris.

I’ve seen the evidence for myself. In the past five months, as part of my work for the Centre for Policy Studies think-tank, I have watched with amazement as people of all ages and backgrounds have jostled to get a selfie with him or shake his hand. 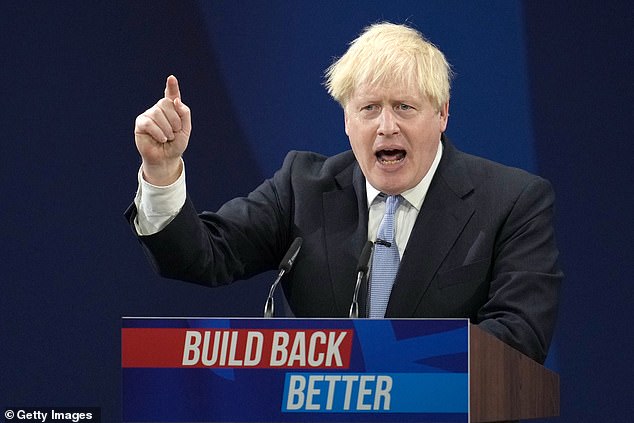 Boris Johnson (pictured) should have known to use the words ‘economic freedom’ rather than toxic ‘capitalism’, while the conference’s main slogan ‘Build Back Better’ was clunky too

Everywhere he goes people want to bask in his extraordinary energy.

What’s more, the brickbats thrown at him by his critics – that he’s not a conventional politician and less still a conventional Tory – are the very things that make him so attractive.

Labour, learn your lesson. The more he’s attacked, the more popular he becomes.

Was his speech perfect? Nope. Someone as clever as Boris should have known to use the words ‘economic freedom’ rather than toxic ‘capitalism’, while the conference’s main slogan ‘Build Back Better’ was clunky too.

But I’ve never seen anyone deliver a speech that had an auditorium both nodding in agreement and overcome with laughter.

That wasn’t just my reaction but that of everyone around me in that crowded, electrically charged conference hall yesterday.

Even his critics are forced to engage. Perhaps they now see that being dull, like his Labour counterpart, will not do.

Yes, he entertains – and support for the Government might one day die away with that laughter.

But right now, Boris is a rock star – and much of the country is dancing to his beat.