The pooch was freed from the boiling vehicle in Plymouth city centre yesterday after being left while his owners were shopping. The dog appeared to be pleased to be released from the hot car but officers said the family were upset the window had been broken despite the danger of their pet overheating and possibly dying.

The Charles Cross Police Team said on Twitter: “Another dog left in the sun, another window smashed! This little guy was alone for over 3 hours. If you love your furry friends, please THINK. He was very happy to be set free!”

The pup was finally released by police at about 4pm.

An RSPCA inspector was also called and the dog was taken to a vet.

PCSO Tracy Cunningham said it was explained to the pooch’s owners via an interpreter over the phone that the police have the power to free animals when there is a risk to life. 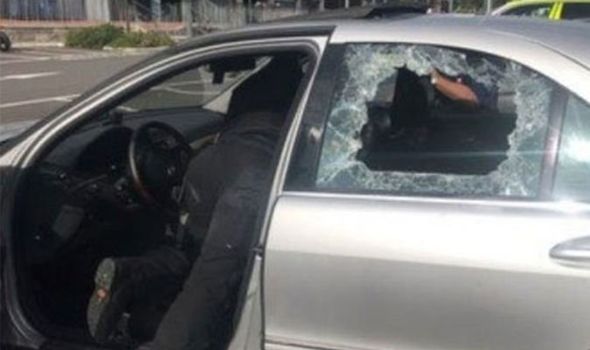 She added: “At this stage, after the dog has been checked out, it will be up to the vet to determine what happens next.”

And another dog was left in a car in Leeds on Wednesday prompting a concerned member of the public to call a police officer.

The owner was in a supermarket and returned after a tannoy announcement.

Sgt Micklethwaite tweeted: “Just been waved down and alerted to a dog left in a car. Owner had gone shopping in the adjacent Supermarket. Tannoy Announcement made, owner returned. 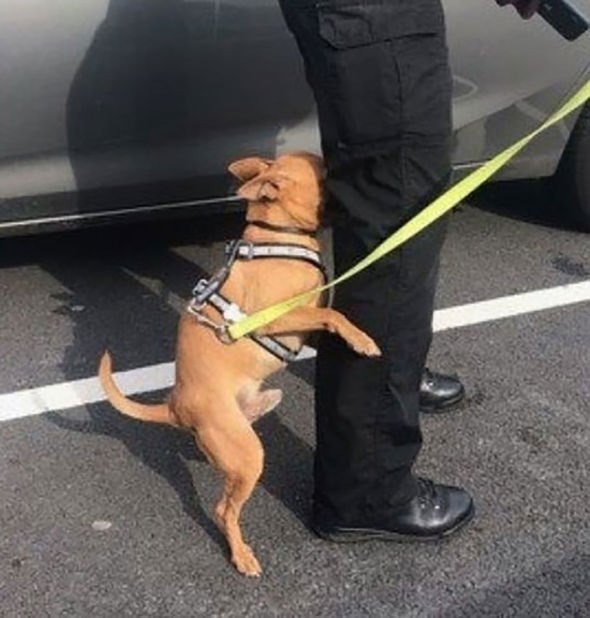 “In the space of less than 10mins the dog was starting to pant / overheat. Just don’t do it.”

It comes as Britain has been baking in a heatwave, with potential record-breaking temperatures forecast today. 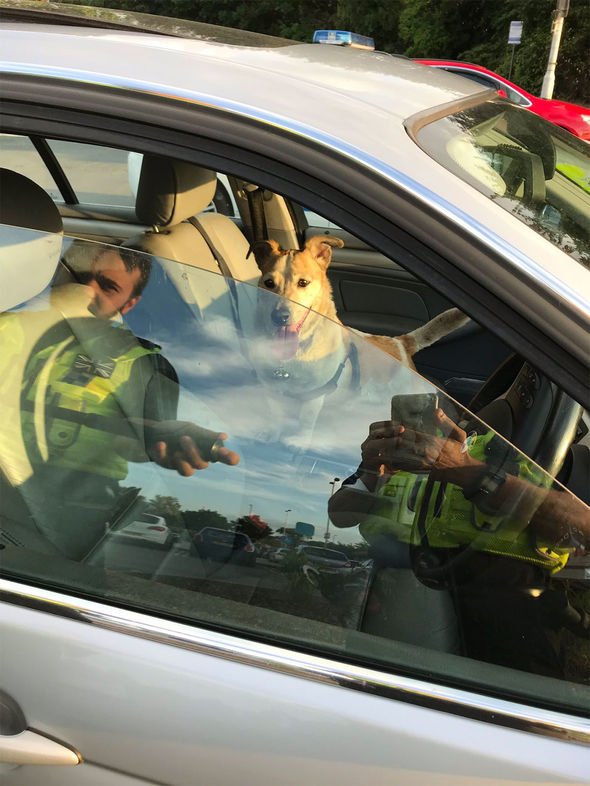 She said: “It’s so dangerous to leave your pet inside any hot environment whether it be a car, a conservatory or even a caravan.

“Opening a window, parking in the shade or leaving a bowl of water for your dog isn’t enough and still leaves dogs in serious danger of suffering from heatstroke. And popping into the shop for five minutes is long enough for your dog to be affected.

“Dogs are covered in fur and do not sweat in the same way as humans do. Unlike humans, dogs pant to help keep themselves cool. The effectiveness of panting is reduced at high temperatures and humidities.

“Cars heat up very rapidly in hot – or even warm – weather. Air conditioning can disguise the danger that a dog will face once the engine is turned off.

“We would simply ask dog owners never to leave their pet unattended in a parked or stationary vehicle and, if the weather is warm, to leave them at home where they can access cool, shady parts of the house and lots of water.”