A FAMILY have been left hundreds of thousands of pounds out of pocket after their home collapsed during renovations and the builder's insurance refused to pay out.

James Hobby, 54, decided to add a loft extension to their two bedroom terrace home in 2020.

The addition would add a further two bedrooms to the property in Windsor which the teacher shares with his wife and two sons.

But disaster struck when the couple were away on holiday as work started on the £38,000 extension.

The upper floor of the house caved in when the roof was removed, destroying the floor below.

Mr Hobby's son who was in the house at the time suffered a broken leg and a subcontractor was seriously injured, and fire crews were called to the incident. 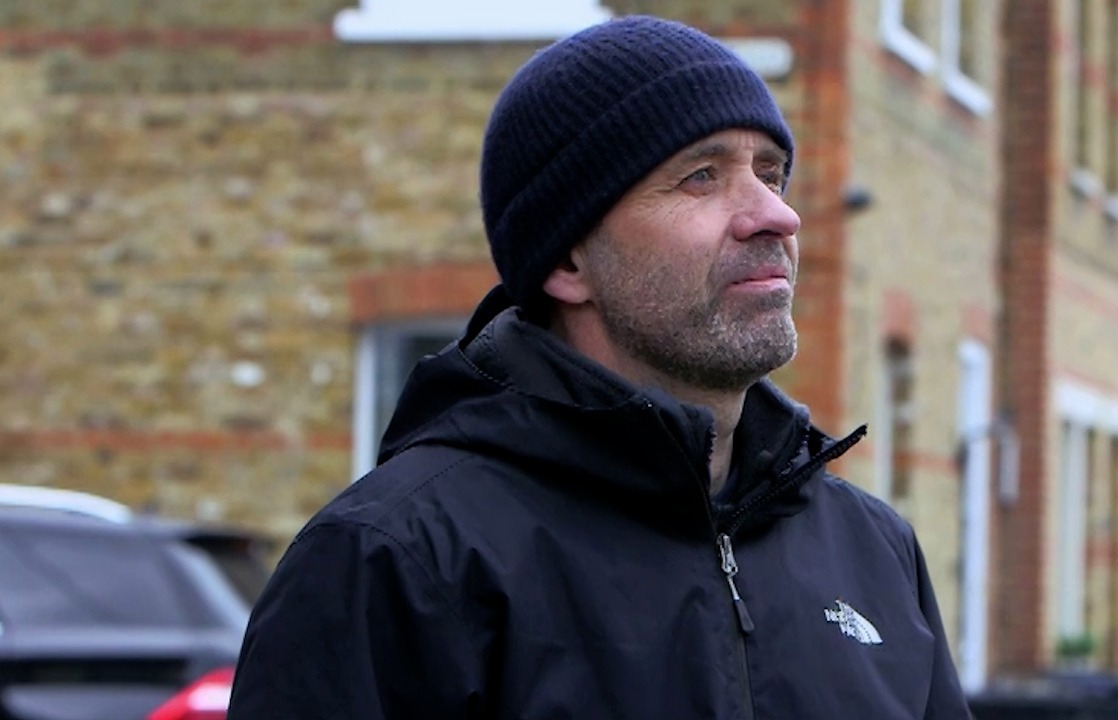 "It was like a major incident," said Mr Hobby, speaking to the BBC's Rip Off Britain TV show.

He said: "We were really in deep shock and couldn't really comprehend how that could possibly have happened.

"The damage was so extensive and the injuries were shocking. I was completely shocked by it."

The cause of the accident was down to the builder failing to prop the gable, party wall and chimney.

Mr Hobby faced a £20,000 bill to stop further collapse and more than ten times that amount to make the place liveable again – a total bill of £250,000.

His own building insurance would not cover the damage, saying that liability for accidental damage during renovations rests with the builder.

A clause in his policy says it won't cover poor workmanship and he did not take out extra cover for the building work.

Six months after the collapse the builder's insurance company, Direct Line, said that it would not cover the cost either.

The insurance company said that it had uncovered three County Court Judgements (CCJs) against the builder's name which were not disclosed when taking out the policy, meaning there would be no pay out.

The builder said he was completely unaware of the CCJs and has since paid them off. 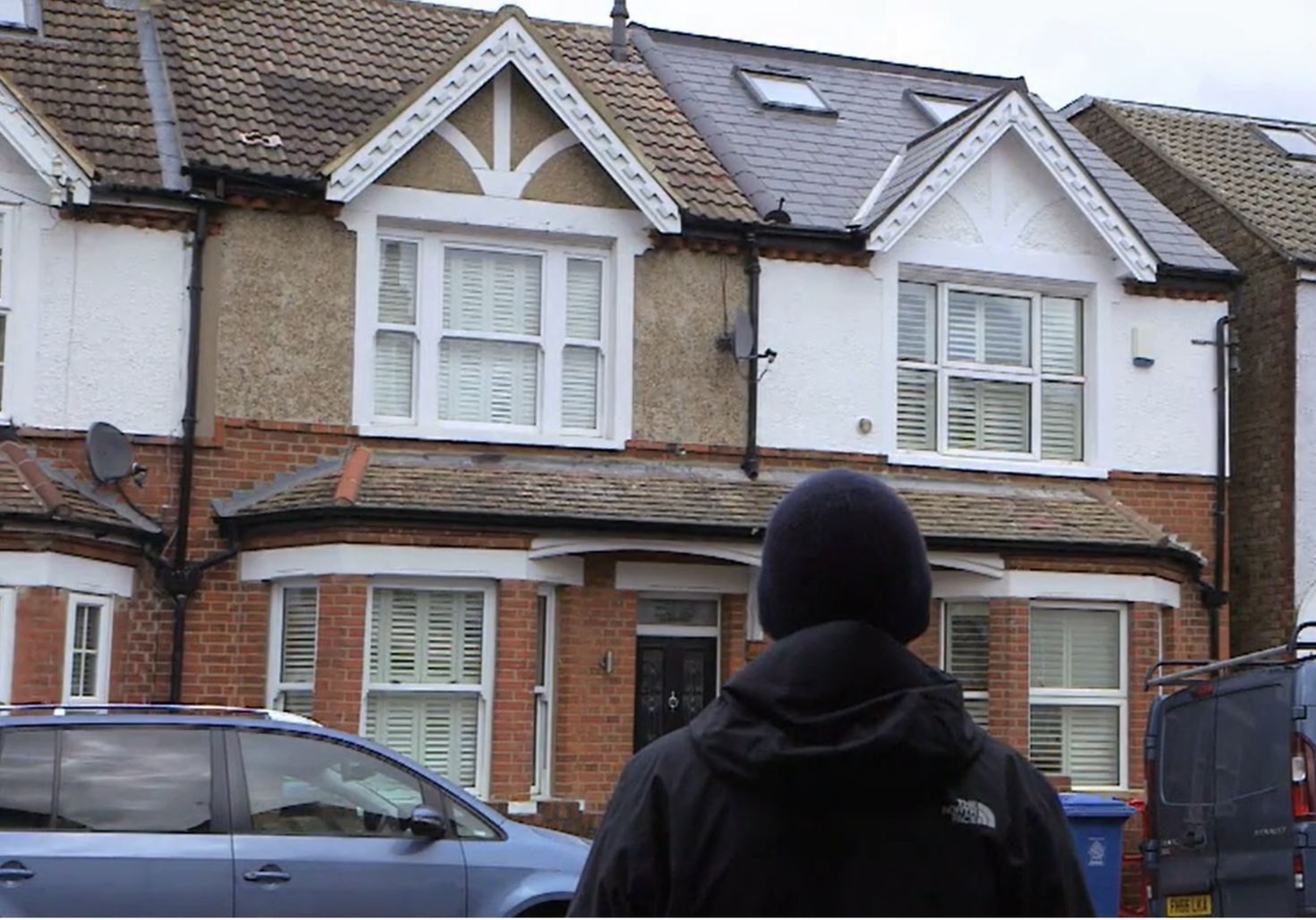 Mr Hobby said: "Imagine this, your house is destroyed, you're spending colossal amounts of money and then six months later, they say no, not my problem."

"Why do they make no checks at all until there's an accident? I find the whole way they've dealt with this, I think it's reprehensible. They never expressed any sympathy at all."

Because Mr Hobby is not a Direct Line customer, the insurer will not discuss the case with him.

A spokesperson for Direct Line Business Insurance told the BBC: "We sympathise with the situation Mr Hobby finds himself in because his builder failed to disclose the full facts when he took out his insurance policy.

“As Mr Hobby is not our customer, we are unable to discuss the details relating to the policy we voided and any questions should be directed to his builder.

Watch a clip from the show below:

"However, when buying business insurance it is important that customers provide accurate information and disclose relevant facts when prompted because it determines whether we will accept the risk.

"Once a policy is issued we make it clear that customers should tell us immediately if any details are incorrect otherwise the policy could be invalid or voided.”

Mr Hobby is also unable to make a complaint to the Financial Ombudsman about the matter for the same reason.

He said: "As the person most directly affected by it, I actually have fewer rights than anyone.

"How on earth did this happen? How did I end up picking up all the pieces here? It doesn't seem fair."

How to protect yourself

James Daley of Fairer finance recommends that anyone taking on a builder should make CCJ checks themselves.

This can be done at trustonline.org.uk

Mr Daley said: "It costs around £10 to do a search of all the courts in the UK and you can do that either against an individual or against a firm.

"But in the case that we'e seen here arguably the insurer should have done that due diligence before setting up the policy but unfortunately they didn't."

"I was confident that we got one that could handle this not very big project," said Mr Hobby.

Rated People said that it invests heavily in its monitoring and vetting processes and that only a "tiny minority" of around one million jobs posted every year on the website end in poor review or complaint.

Rated People now checks for personal CCJs against individuals on the platform.

A Rated People spokesperson said: "At the time this tradesperson joined, our checks did not extend to personal CCJs. However, our vetting procedure is under continuous review and since then, we’ve moved to working with Equifax and strengthened this part of our vetting by expanding on the business CCJ checks to now also identify CCJs raised at a personal level against individual names, as was the case with the tradesperson in question.

"We don’t insure tradespeople ourselves so insurance providers are responsible for conducting their own CCJ checks, regardless of whether the tradesperson is a member of an online marketplace like ours.

"Our vetting is of the greatest importance and it’s supplemented by ongoing monitoring. Once a tradesperson has joined our platform, they are subject to close monitoring where we keep tabs on their behaviour and performance and react to any red flags.

"If we’re alerted to a potential issue, we swiftly take the appropriate action, just as we did in this case. Protecting homeowners and the thousands of skilled tradespeople who get great reviews on our site will always be our top priority and we’ll continue to invest heavily in our vetting and monitoring procedures and look at where we can evolve them."

Mr Hobby and has family have since moved back in, after spending life savings on repairing the house, and they have also been forced to borrow money from family to help cover the cost.

He is hoping that the builder will appeal to the Financial Ombudsman.

Mr Hobby said: "I'm sorry that we've had to do it all at our own expense. To me that seems very unjust, very unfair, because we didn't cause the accident, it wasn't our fault."

Rip Off Britain, presented by Angela Rippon, Gloria Hunniford and Julia Somerville is on BBC One at 9:15am

Families who bought homes on a new-build estate in Bradford were devastated to find out that they are now effectively worthless.

You can buy an entire pub for the price of two pints of lager and a packet of crisps.

A woman is saving £1,000 each month after giving up her rented apartment to live in a campervan.