The French detective who led the investigation into Princess Diana’s death has admitted she is frustrated that a Fiat Uno that was involved in the fatal crash is ‘still out there.’

Princess Diana was 36 when she and her boyfriend Dodi Al Fayed lost their lives in a violent car crash in a tunnel known as the Alma Underpass in Paris on August 31 1997.

Before the Mercedes Diana and Dodi Al Fayed were riding in crashed into one of the tunnel’s concrete pillars, causing their deaths, the car brushed against a white Fiat Uno, which witnessed the crash but drove away into the night.

Speaking in the Channel 4 documentary Investigating Diana: Death in Paris, Martine Monteil, head of French Brigade Criminelle, said she was frustrated, because the Fiat Uno’s driver could have shed light into what happened during the crash, but was never found. 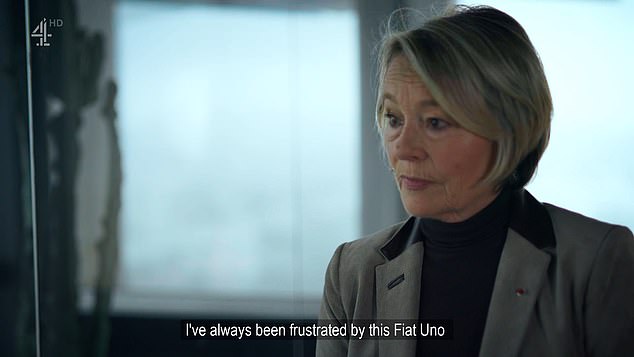 Speaking in the Channel 4 documentary Investigating Diana: Death in Paris, Martine Monteil, head of French Brigade Criminelle, said she was frustrated, because the Fiat Uno’s driver could have shed light into what happened during the crash, but were never found 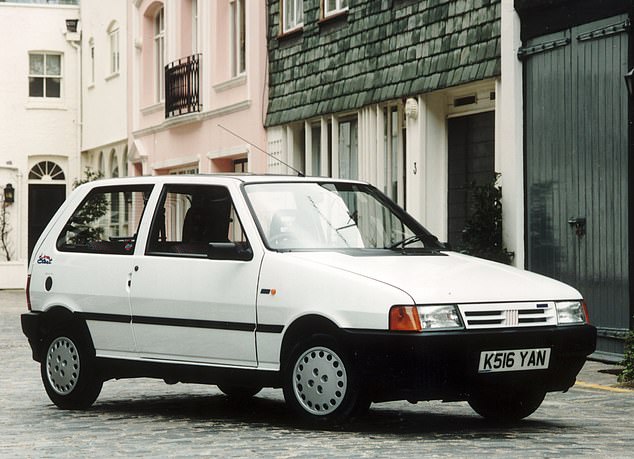 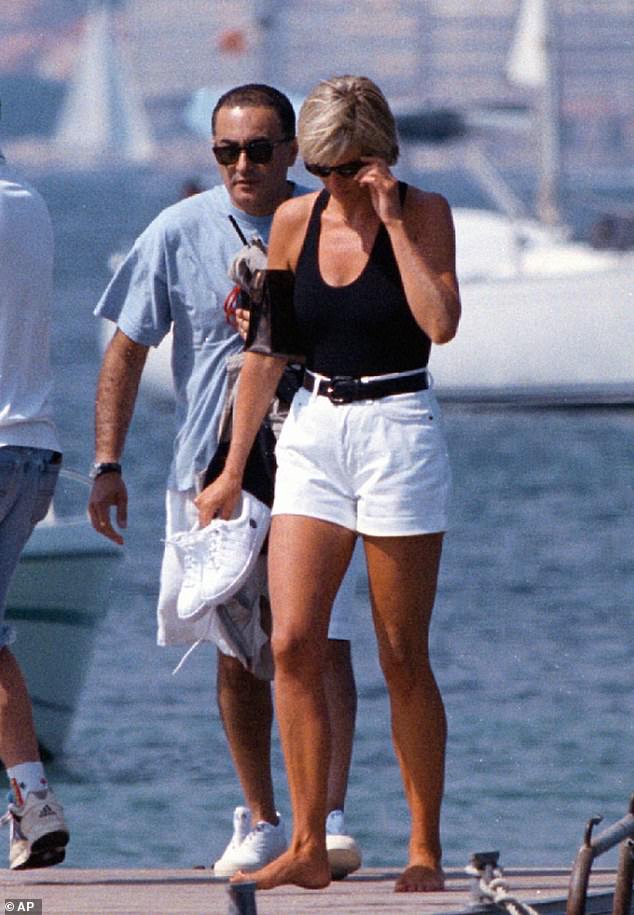 Princess Diana and Dodi Al Fayed were both killed, alongside their driver, Henry Paul when their Mercedes crashed into the Alma underpass 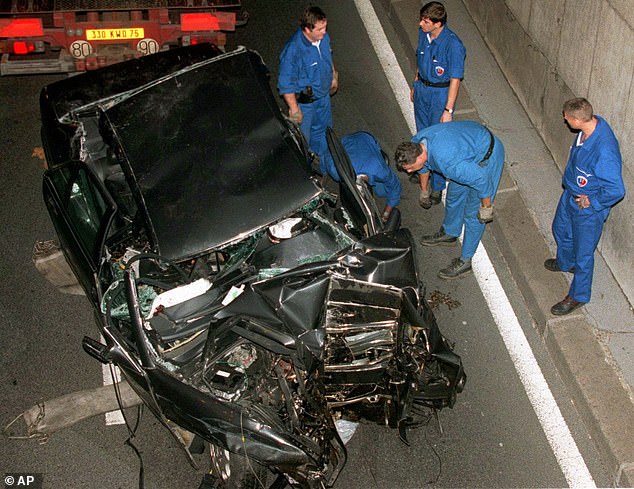 The French investigation into the crash lasted two years and the British investigation took more than 4 years, but the Fiat Uno was never found. Pictured: the wreckage of Diana’s car

‘The whole of the world has struggled to accept that the Princess of Wales died in a mundane accident,’ Monteil said.

She added: ‘I have frustration about the Fiat Uno because I like a well-finished business. For sure, it’s out there. Unfortunately we don’t have it

‘But you know the driver of the Fiat Uno, he’s not the real culprit.

‘He’s driving along quietly and then a Mercedes arrives at high speed and bumps into him. The responsibility remains with the Mercedes.’

The black Mercedes that Diana and her partner Dodi Al Fayed were travelling in was being pursued by the paparazzi after they left the Ritz Hotel in Paris.

It crashed in the Pont de l’Alma tunnel. 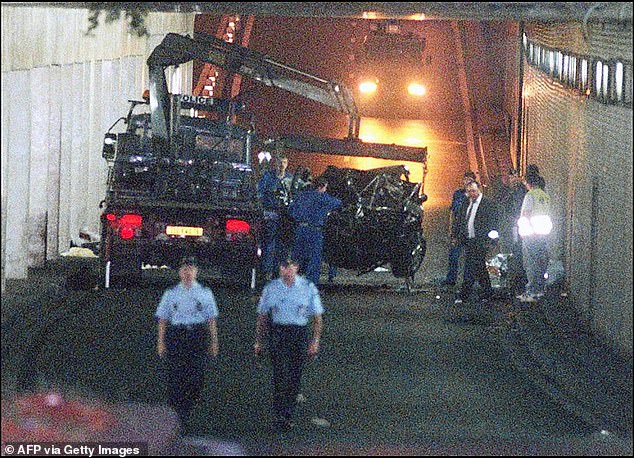 A couple at the scene saw a white Fiat Uno coming out of the tunnel with a driver who was focused on his mirrors, the investigators said.

The couple described seeing a brown skinned man with short hair and a dog wearing a muzzle in the car.

Traces of white paint were found on the black car and its tail light was broken.

Fabrice Cuvillier, of the Brigade Criminelle, said the Fiat Uno exists, telling the programme: ‘It’s not a hallucination. It’s not something we threw out to create a diversion. It exists. 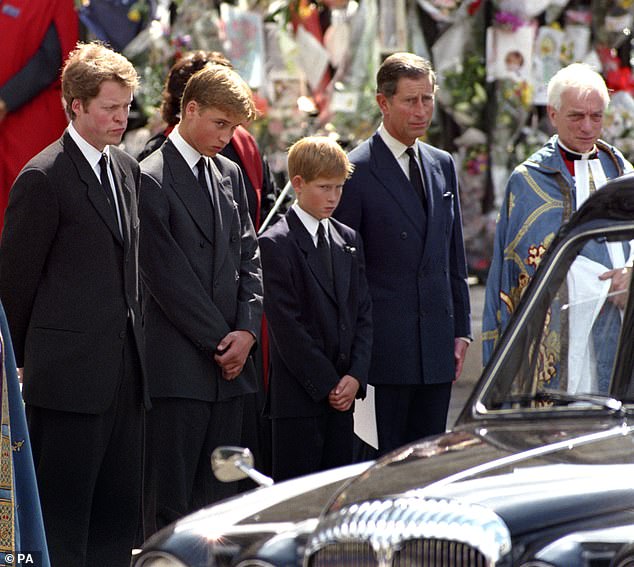 Earl Spencer, Prince William, Prince Harry and Prince Charles during the funeral of Princess Diana in London on 6 September 1997

‘We did not find this Fiat. But it would be dishonest of me to look you in the eye and say ‘we didn’t let the Fiat Uno slip through’. I don’t think so, but I’m not 100 per cent sure.’

Eric Gigou, of the Brigade Criminelle, said ‘we did everything we could to understand what happened’ and more than 1,000 people were interviewed in the investigation by the French authorities.

He told the documentary: ‘In my mind the only door that remains open is the testimony of the driver of the Fiat Uno.’

Diana’s death became the subject of many conspiracy theories, from claims by Dodi’s father that the couple were murdered in a plot hatched by MI6 on the orders of the Duke of Edinburgh, to suggestions Diana was pregnant.

Other theories centred on the lack of CCTV footage from the tunnel and the mysterious white Fiat Uno, which is said to have come into contact with the Mercedes, but which has never been traced.

Ten years after the crash, a high-profile £4.5 million inquest found that the princess was unlawfully killed because driver Henri Paul was drunk and driving too fast, the car was being chased by photographers and that Diana and Dodi might have survived had they been wearing seatbelts.