Deliveroo is facing the prospect of a wave of backpay claims after a tribunal ruled one of its contracted couriers was actually an employee with a right to an industry minimum wage.

The ruling poses a major challenge to the delivery giant’s reliance on classifying workers as “independent contractors” who have much more flexible hours but lack the protections employees have and are therefore generally cheaper to employ. 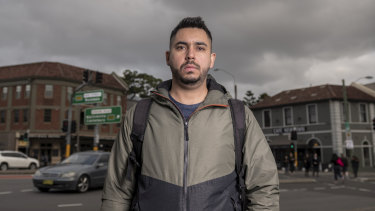 Rider Diego Franco, the breadwinner for his wife and young daughter, launched an unfair dismissal case against Deliveroo last year after he was booted off the platform with seven days’ notice for alleged lateness.

On Tuesday, Fair Work Commissioner Ian Cambridge agreed with Mr Franco and ordered he be allowed back onto Deliveroo and repaid lost earnings. Workers are typically entitled to six years’ backpay for lost wages, meaning the company could be up for a huge bill if Mr Franco’s case sets a precedent across its whole workforce.

In a statement, Deliveroo said it planned to appeal. “We do not accept the premise upon which the decision was taken and do not believe this reflects how Deliveroo riders work with the company in practice,” a spokeswoman said.

She said riders’ freedom to decide when to work and their ability to use multiple delivery platforms simultaneously to generate work showed its couriers were contractors, not employees.

But Commissioner Cambridge said all of the facets of Mr Franco’s arrangement with Deliveroo, taken together “like the colours from the artist’s palette, emerged to form a complete picture” showed he was an employee.

Among the reasons were that Mr Franco did not build up his own business or brand as a rider, booked his shifts through a company system, did not have a distinct trade or profession, dressed in clothing with Deliveroo branding, and did not bring his own significant assets to the business.

And he lashed the company for its treatment of Mr Franco by effectively firing him via email. “It appeared that the perfunctory, callous approach to the termination of services was in large part a manifestation of the apparent absence of the ordinary protections provided to employees as opposed to independent contractors,” Commissioner Cambridge said.

Rival delivery firm Foodora left the Australian market in the face of a test case over the status of one of its riders in 2018 while Uber settled a similar case brought by a courier for its Uber Eats business last year and then overhauled its contractual arrangements after a damaging court hearing.

Michael Kaine, national secretary of the Transport Workers Union, which brought the claim on Mr Franco’s behalf, said the ruling backed his call for the federal government to legislate in the sector. He wants a tribunal to allow flexible work but protect workers too.

“The treatment of gig workers isn’t just unfair, it is deadly,” Mr Kaine said. “Riders work under the spectre that they may get sacked at any moment and are forced to risk their lives to make deliveries quickly.” Late last year five riders died in quick succession.