CRAIG BROWN: When it comes to mice, Beatrix knows best!

CRAIG BROWN: When it comes to mice, Beatrix knows best!

In 1918, Beatrix Potter published The Tale Of Johnny Town-Mouse, about a country mouse and a town mouse who visit each other.

Timmy Willie, the country mouse, finds the big city far too hectic. There is simply too much going on.

‘There was no quiet; there seemed to be hundreds of carts passing. Dogs barked; boys whistled in the street; the cook laughed, the parlour maid ran up and down-stairs; and a canary sang like a steam engine.’

Timmy is unaccustomed to all the threats — the cat, the cook armed with a poker — that the more worldly town mice take for granted.

He finds an eight-course dinner-party — ‘not much of anything, but truly elegant’ — in the company of nine sophisticated town mice equally daunting. He longs to be back home in his nest on a sunny bank in the countryside, just doing nothing. 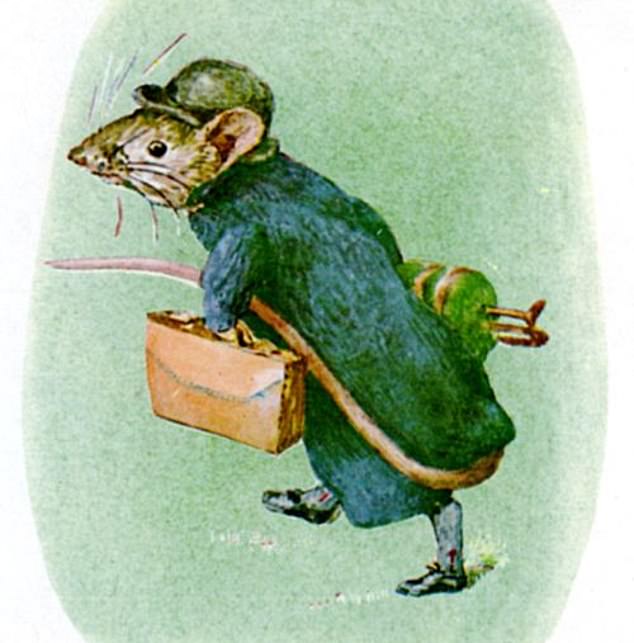 In 1918, Beatrix Potter published The Tale Of Johnny Town-Mouse (pictured), about a country mouse and a town mouse who visit each other

Johnny Town-Mouse, on the other hand, is fidgety. When Timmy Willie tells Johnny about his peaceful nest in a sunny garden, Johnny finds it hard to show enthusiasm. ‘It sounds rather a dull place’, he says. ‘What do you do when it rains?’

I mention Beatrix Potter’s delightful little tale because, just over 100 years on, a group of scientists from the University of Potsdam have been conducting experiments to determine the difference between town mice and country mice.

It strikes me that they might have saved an awful lot of time and effort by simply investing in a copy of The Tale Of Johnny Town-Mouse.

Their project was ambitious. First, they caught 17 country mice and 14 town mice and transported them all to a laboratory in the city.

Universities often feel obliged to put on slightly awkward welcoming events for visitors. So presumably the mice were obliged to attend various getting-to-know-you sessions over plates of cheesy nibbles on their first evening.

Doubtless, the town mice enjoyed themselves, while the country mice wished they had stayed at home. 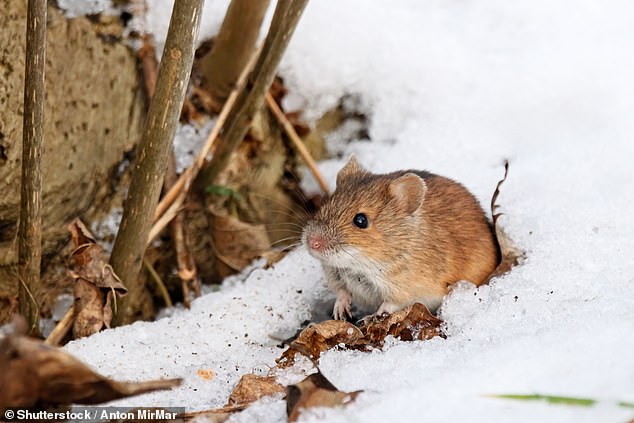 I mention Beatrix Potter’s delightful little tale because, just over 100 years on, a group of scientists from the University of Potsdam have been conducting experiments to determine the difference between town mice and country mice (pictured, a field mouse)

They were then all obliged to take part in the sort of tests more usually given to members of the public on early evening TV game-shows hosted by Phillip Schofield.

In the first of these tests, the mice had to open the window of a Lego house in order to get food. In the second, they were rewarded for sliding the metal lid off a plastic box. And in the last, they had to extract a ball of tissue paper from a plastic tube.

The German scientists concluded that the tests showed city mice are sharper than their rural cousins. But is this really so?

Which is the cleverer — the mouse who is happy to rush around extracting balls of tissue from plastic tubes — or the mouse who, frankly, can’t be bothered?

My own experience suggests city mice are much more easily bored, and thus more readily lured by the promise of novelty.

If one were to corner a group of mice on Piccadilly Circus, say, and tell them of an exciting new game involving plastic tubes and balls of tissue at the University of London, then they would all come running.

But if you offered exactly the same invitation to the equivalent group of mice from Norfolk or Devon, they would simply shrug and say they had better things to do.

Some 30 years ago, when I lived in a small house in the middle of fields in Suffolk, a mouse took up residence in my office.

His little head would regularly pop up between the keyboard of my word-processor and the screen, looking this way and that.

At first, I tried to dislodge him by banging the keyboard and making a noise. But it soon became apparent that he couldn’t care less.

Eventually, we came to an understanding: he would let me get on with my humorous articles and, in return, I would let him hang around in my word-processor.

Now that I have a flat in London, I realise that town mice are not cleverer than their country cousins, just less easily pleased. While country mice are happy to relax and take it easy, town mice can’t stop whizzing about, forever on the look-out for novelty.

Incidentally, you can still buy a beautiful boxed set of Beatrix Potter books for under £50; this is quite a bit cheaper than a three-year course at Potsdam University.