Federal Coalition parties face a serious challenge in the coming election from a well-resourced independent in their safest Victorian seat, according to research from across the political spectrum.

With the federal election still yet to be called, the Nationals, Liberals and independent Rob Priestly are in a tight, three-way battle for the seat of Nicholls, centred on Shepparton in northern Victoria.

The seat was held in 2019 by popular but retiring Nationals MP Damian Drum with a 20 per cent margin. 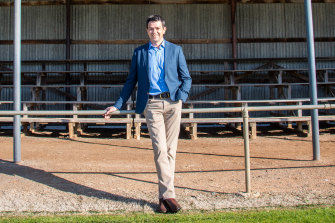 But recent polls linked to the Liberals, Nationals and Labor show Mr Priestly capturing between 16 and almost 20 per cent of first preferences, with the Nationals vote smashed by the departure of Mr Drum and the Liberals running a candidate where they hadn’t in 2019.

All candidates agree Nicholls is a contest, and closer than earlier thought, a troubling reality for the Morrison government which has a one-seat majority.

“Rob Priestly is clearly well resourced and got out of the blocks early with lots of signage around the community,” Mr Harris said. 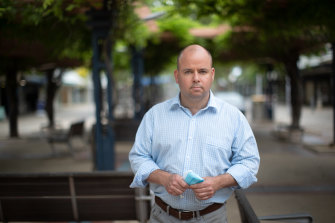 “Whoever works hard and has the best ideas to get things done for the local community will be successful.”

Liberal candidate and local pomegranate farmer Stephen Brooks said the battle for Nicholls was a “serious three-way contest”. He said voting Liberal rather than National would give constituents a stronger voice through the authority of the Coalition’s senior party.

“Damian Drum is a well liked local MP,” Mr Brooks said. “But this is not a referendum on Drum.”

The Nationals acknowledge frustration in the electorate. “The economic, social and health impacts of COVID-19 have been tough for many, and this is manifesting in many choosing to protest by shifting their vote away from the major parties,” Mr Harris said.

Both conservative parties are pushing hard on the theme that it is better to have an MP inside the government tent than out; if, that is, the Coalition is returned.

“At the end of the day, the choice for voters in Nicholls is between a candidate who can be part of a team in government that can get things done or someone who can talk about ideas but will never be in a position to deliver,” Mr Harris said. 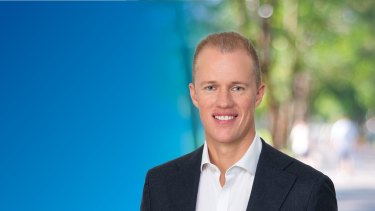 Mr Priestly is a Greater Shepparton councillor who co-owns a large commercial laundry business with his brother. He is running with the support of Voices for Nicholls, one of a network of independent campaigns inspired by the successful “Voices for” campaign in the neighbouring seat of Indi that helped independent Cathy McGowan take the seat in 2013. Indi is now held by another independent, Helen Haines.

The region, where water and irrigation are policy priorities for all candidates, also has an independent at state level – Shepparton MP Suzanna Sheed.

If Mr Priestly attracts a primary vote over 20 per cent he will be banking on preferences from Labor and Greens voters and to a lesser extent Nationals supporters, to leap over whoever polls best out of the Liberal and National candidates.

The polls indicate little voter support for Clive Palmer’s UAP and for One Nation, with Labor-linked research pointing to between 4 and 6 per cent for the two parties.

Mr Harris said high-profile independents can attract much of the vote that would otherwise go to parties like UAP and One Nation.

“If Priestly can get his vote up to the mid 20s, and Labor is in the high teens, it’s over,” Samaras said.

“But it is early days and things can change.”

Like Ms McGowan and Ms Haines, Mr Priestly has many volunteers and a substantial campaign budget.

He would not say which party he would support if elected and there is no clear Coalition or Labor majority.

But he said integrity in government, a fair share of services and infrastructure for his electorate and water policy, were his priorities.

While many urban independents are being financially supported by Simon Holmes a Court’s fundraising vehicle Climate 200, Mr Priestley said he would not take money from Climate 200 or political activist group GetUp, nor from lobbies like tobacco or gambling.

He said he was happy with the unofficial campaign so far. “We’ve got momentum – the trend is with us and we just have to keep working at it.”

Liberal Stephen Brooks said he was aware there was disaffection with the government in Nicholls, but warned that voting independent was not the answer. “If we go independent, we’re pushed to the margins and never get to make decisions.”