Australian universities face having their controversial Confucius Institutes shut down within months, with the University of Sydney among the first to submit contracts for scrutiny under the Commonwealth’s foreign veto scheme.

At least one centre – RMIT University’s Chinese Medicine Confucius Institute – will close this year, with the university saying it would cease operations due to budget pressures caused by COVID-19. 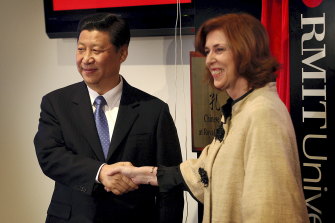 The institutes, which are hosted by 13 Australian universities in partnership with Chinese universities, have come under scrutiny from the federal government amid concerns they function as a plank of the Chinese Communist Party’s propaganda effort.

Foreign Minister Marise Payne last month warned “further decisions” were forthcoming as she exercised new veto powers to terminate Victoria’s controversial Belt and Road agreement with China, as well as two education agreements made by the state government – one with Iran and one with Syria.

A spokesman for the Department of Foreign Affairs and Trade said Senator Payne would decide whether to cancel the institute contracts on a “case-by-case basis”, but all 13 Australian universities were expected to register the contracts for review by the June 10 deadline.

“Universities are required to notify all existing arrangements with foreign governments that fall within the scope of the scheme, including where they relate to Confucius Institutes,” the spokesman said. 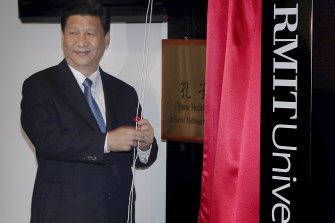 The other universities, which include the University of Melbourne, Latrobe, and UNSW, said they intended to submit the arrangements by the June deadline. Adelaide University said it was still in discussions with the federal government about whether its institute was captured by the laws.

Under the foreign veto laws, passed in December, Ms Payne has the power to cancel agreements between foreign governments and Australian states, territories and universities that are found to contradict Australia’s foreign policy.

Confucius Institutes teach mostly non-degree courses on Chinese culture and language, and sometimes hold public events on political, social and economic issues. But as Australia-China relations have deteriorated, universities have been forced into an increasingly defensive position over their decision to host the centres.

Several universities have recently renegotiated contracts with their Chinese partners after The Sydney Morning Herald and The Age revealed in 2019 that some had agreed to share or cede decision-making authority over the teaching content to Beijing’s Confucius Institute headquarters. But it is not clear whether this will be enough will save the centres. 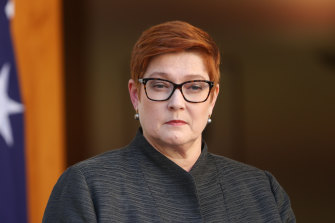 Foreign Minister Marise Payne will decide on a “case-by-case” basis whether controversial Confucius Institutes at 13 Australian universities will be allowed to continue their operations. Credit:Alex Ellinghausen

Sydney University would not speculate on the future of its Confucius Institute. But a spokeswoman pointed to a declaration by the Attorney General’s Department in March that the institute was not a “foreign government-related entity” for the purposes of the Foreign Influence Transparency Scheme, a separate register established in 2019.

The department found the university’s revised agreement with Fudan University had “significantly” changed the governance arrangements for the institute, addressing its concerns.

Melbourne University, which renegotiated its contract last year, said its institute was partly funded by Nanjing University but defended its “independence and autonomy” over the centre’s operations.

The chair of the Parliament’s security and intelligence committee, Liberal senator James Paterson, said universities needed to reflect on their role in hosting the centres “regardless of how these arrangements are now dressed up”.

“Universities should carefully consider whether hosting an entity funded by a foreign authoritarian government engaged in serious human rights abuses for the purposes of promoting its soft power is something consistent with their values,” Senator Paterson said.

Natasha Kassam, director of the Lowy Institute’s foreign policy program, said it was unlikely the renegotiated agreements guaranteed Australian students were receiving a propaganda-free education on topics such as Taiwan or China’s human rights record.

But exercising the veto power to shut them down was “overreach”, she said.

Elaine Pearson, the Australian director of Human Rights Watch, which has been tracking Chinese government threats to academic freedom, said the presence of the centres on Australian campuses was “extremely problematic” and supported the government’s termination power.