Wishing them well. Following Jim Edmonds and Kortnie O’Connor‘s wedding, Meghan King opened up about “celebrating” the major milestone in her ex-husband’s life.

Meghan King and Jim Edmonds’ Ups and Downs Over the Years

“He’s spending massive, whopping, inconceivable amounts of money on his bride. Like, I am all for it, whatever it takes. Keep her around,” King, 38, told Us Weekly exclusively on Wednesday, September 28, while promoting her upcoming appearance on HUD App’s Reality of Love. “Take her on lavish trips, buy her a Ferrari and Chanel [purses] and private jets. Do anything you can to keep this woman because I don’t know what would happen if she was gone. Like, he would fall apart.” 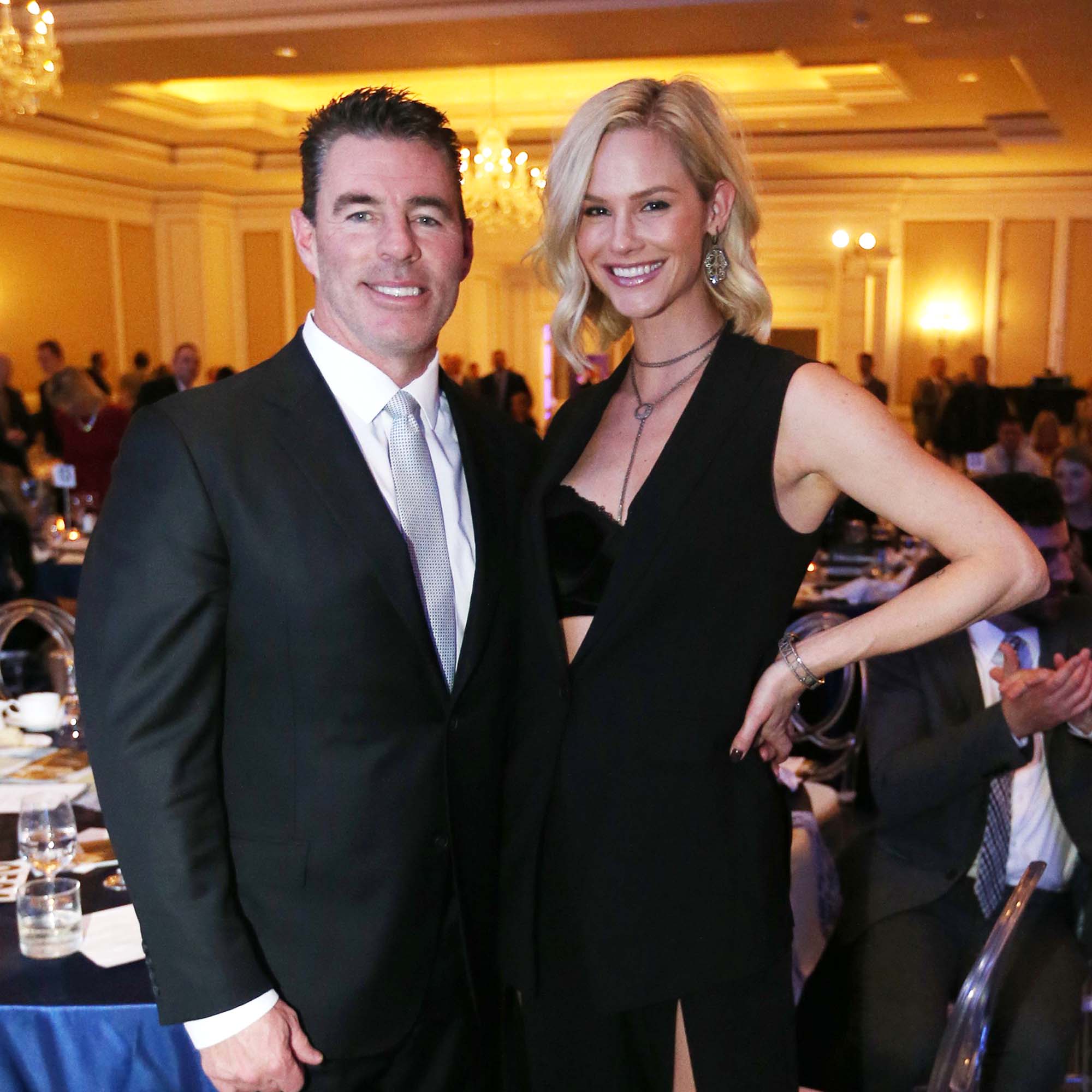 The Real Housewives of Orange County alum noted that Edmonds’ marriage provided “stability” for her children. (King shares daughter Aspen, 5, and twins Hart and Hayes, 4, with the former athlete, 52.)

“[Kortnie] is who my children have known for the last three years. And that stability is really important. I haven’t been able to give them that stability and a partner, which is a huge piece of mom guilt for me,” she admitted to Us. “But at least Jim — with his mountain of faults — is able to provide that. I’m gonna give him props where props are due.”

The Missouri native, who confirmed that her kids were not at the wedding ceremony, also addressed her order of protection against Edmonds being dropped earlier this month.

King continued: “Ever since I got the [temporary restraining order] things have pretty much been better. Plus, he’s in Italy right now, so he’s totally leaving me alone. It’s, like, his wedding day was also the best day of my life.”

The former couple were married from 2014 to 2019. Amid their messy custody battle, Us confirmed that King filed for a temporary restraining order in June. In the legal paperwork, the reality star alleged that the former St. Louis Cardinals player exhibited “frequent and consistent verbal abuse” toward her virtually and on their court-monitored co-parenting app, Our Family Wizard.

Hollywood’s Ugliest Divorces: From Johnny and Amber to Erika and Tom

Edmonds, for his part, addressed the allegations of abuse after the news made headlines earlier this month. “This request for an order of protection is completely baseless and furthermore makes an absolute mockery of the pain suffered by the millions of women in this country who are legitimate victims of abuse,” Edmonds’ rep, Steve Honig, told Us in a statement at the time.

Meanwhile, King has shifted focused her focus on her career. The former Bravo personality will be appearing on Reality of Love where she will have a candid conversation with celebrity relationship coach Nicole Moore.

“Nicole and I have worked together on-and-off over the past few years. She’s really helped me in my love life to work through some things that I’ve been through in my romantic life and try to come out on the other side of it,” King shared. “It just made a lot of sense when she asked me to help her with Reality of Love. I was a willing participant and I couldn’t wait to support her in her dream, but also to collaborate with other women. [We got to] see what we’re all going through and how reality TV affected our lives.”

Reality of Love episodes will be available weekly on BspokeTV.

With reporting by Christina Garibaldi