Catherine Lowe Reveals Why Bachelor Couples Are At An Immediate Disadvantage: Its Not Easy

We’ve watched so many couples fall in love & then eventually split from Bachelor Nation. Catherine Lowe reveals why ‘it’s not easy’ for these relationships right off the bat.

Tayshia and Zac, Katie and Blake, Ashley and JP, the list goes on and on! So many Bachelor Nation couples have fallen in love in front of our eyes and gone on to split once they leave the reality TV bubble. However, Sean Lowe and Catherine Giudici Lowe have “endured” against the many odds stacked against them, and have remained happily married since 2014 after meeting on the 17th season of The Bachelor. “When Sean came into our relationship, he knew he was committed to me, he knew he was tied to me. And yeah, it was going to be hard to adjust to having a relationship in front of a lot of cameras, and a lot of people to scrutinize you, but he really tried to show me I was his number one, and at the end of the day, it was him and me,” Catherine gushed on the HollywoodLife Podcast while discussing her partnership with Wyndham Grand. “We were on top of whatever else was happening around us.”

Following the recent shocking split of engaged Bachelorette alums Tayshia Adams and Zac Clarke, Catherine shared her insight on why these Bachelor Nation couples struggle to make it work post-show. “Already, there’s a disadvantage for the couples, right when they even get engaged because the viewers are putting them on a pedestal, and assuming that just because they got engaged, and they fell in love on a TV show, that they will endure normal circumstances as a couple,” she explained. “I think a lot of factors are against them. They don’t come from the same city, they don’t know what a normal routine looks like. They don’t even have each other’s phone numbers, they don’t get to see each other for a potential four months in public. So it’s not easy right from the start.” 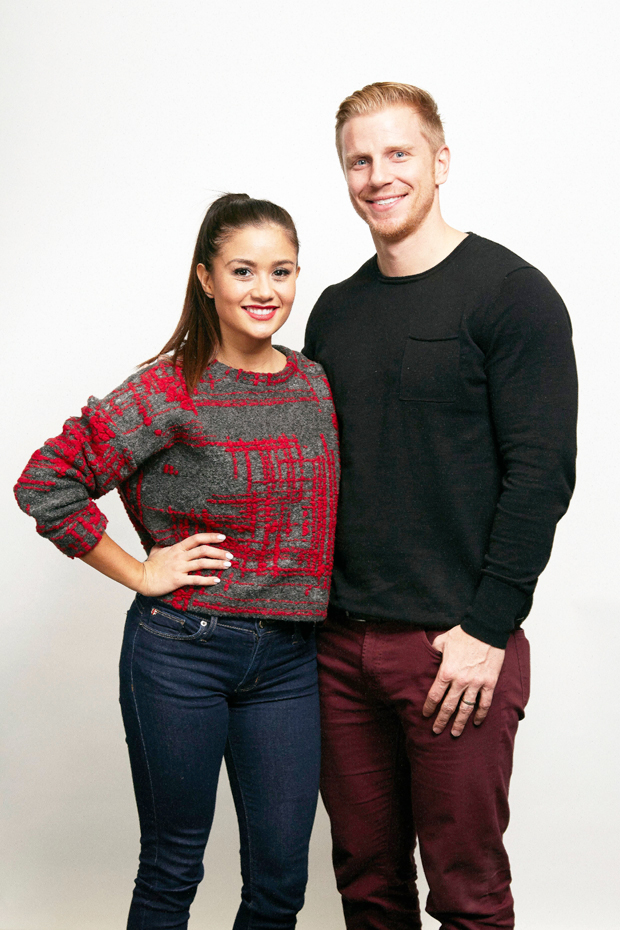 Catherine admitted the reason she and Sean have “endured” is because “when we said yes at the engagement, we both felt that was already saying ‘yes’ to a marriage.” She continued, “we knew that it was a serious commitment, he would never propose to me if he didn’t know that he was going to be his wife.” Now, three gorgeous children later, Catherine and Sean are an example of what beautiful romance can come from The Bachelor franchise!

Catherine spoke to HollywoodLife while promoting the new Wyndham Grand Reconnected initiative. “What I love about what Wyndham Grand is doing is that they’re inspiring families to be concentrated on have no distractions during their time together,” she detailed. “In the last year and a half, we’ve probably only communicated through phone calls, FaceTime, etc. And now, if you’re comfortable, you’re able to come together and hug each other and spend trips together and do all of these really cool, seasonal holiday things as a family and get reconnected.”

Catherine has teamed up with Wyndham Grand to gift a Reconnected Travel Keepsake Kit to select guests enjoying a family holiday vacation. Equipped with an Fujifilm Instax Mini 11 camera, Catherine’s memory-making tips, travel labels and storage for all your vacation souvenirs, the Reconnected Travel Keepsake Kit encourages families to create and capture memories during their first holiday season after a year of isolation. In addition to select guests being surprised with a limited-edition ‘Reconnected’ Travel Keepsake Box, one lucky wanna-be traveler can submit for a chance to receive a 10-day getaway to the Wyndham Grand hotel or resort of their choice.